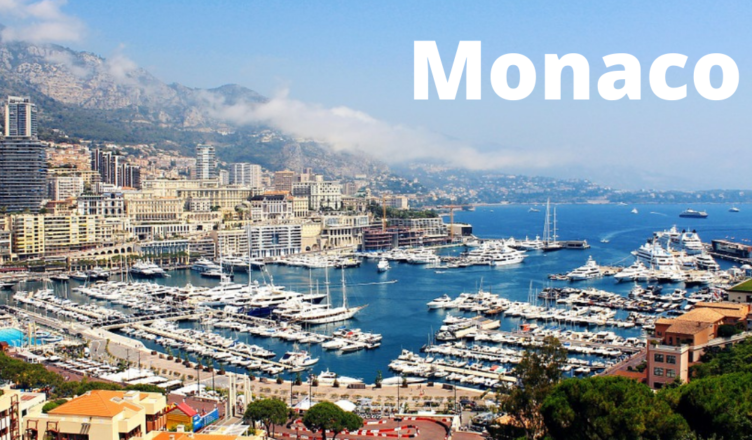 Have you ever wondered why Formula 1 drivers live in Monaco?

Formula one drivers are an interesting lot. They are the people you most likely know and have seen more when it comes to F1 racing. Given the incomes they earn or generate, their lives are always of interest to many.

So, why do so many formula 1 drivers live in Monaco?

In life, one of the key decisions you will make is about where you live. The location of your home or house is important to the lifestyle you would like to have.

This is the same with formula 1 drivers. You will find that a number of them have chosen Monaco as their primary living place.

It is important for you to note that the glitz and glamour of Monte Carlo is attracting the rich and the famous. It is why Monaco is home to many celebrities including F1 drivers.

Related: Do all F1 Drivers Come from Rich Families (No.5 Will Shock You)

In this article, I would like you to understand why F1 drivers like to live in Monaco. You will also be able to know the names of the current formula one drivers who call Monaco home.

Why Many Formula 1 Drivers Live in Monaco?

I am always interested in learning or understanding the kind of lifestyle formula 1 drivers lead. It is fascinating and with big money from the sport comes a relatively good life.

And who does not want to enjoy life?

It does seem that with more income earned from the money a driver is paid by team or from sponsorship, the drivers like to live in nice homes and cities.

Monaco is a special place for Formula one. It is a place where many drivers call home.

Monaco is a city for the wealthy. It is lots of high-end shops and restaurants and plenty of luxury houses, apartments, and hotels.

Let me now explain to you the reasons why Monaco is such a popular place to live for formula one drivers.

Why Do All F1 Drivers Live in Monaco?

This is why many formula 1 drivers live in Monaco;

Monaco Grand Prix is one of the most iconic street circuit in F1 calendar or season.

Now that we have established that F1 drivers like Monaco, here are the reasons why so many formula 1 drivers live in Monaco;

Let me these reasons explain further.

Due to its geographical location, it also has a very pleasant and warm climate. This, combined with being on the coast and being full of entertainment, makes it a great spot to spend hot summer months.

It is also very close to the Southern Alps which is a popular place to ski. This means that there is enough to keep residents entertained in summer and winter.

It has warm dry summers, and mild, rainy winters.

Monaco is considered a tax haven due to the extremely favorable tax laws in the principality.

As a resident, you do not pay any income tax, wealth tax, or capital gains tax.

Furthermore, your direct heirs do not pay any inheritance tax.

These tax rules mean that F1 drivers and anyone else living in Monaco get to keep all the money they earn from their salaries and sponsorship. Basically, any money that you earn, you get to keep.

F1 is a truly global sport, with races on every continent, except for Africa and Antarctica. These races are often only separated by two weeks.

This means that F1 drivers spend a lot of time travelling, and therefore need to be in a location that makes travel as easy as possible.

Monaco is quite centrally located in Europe, which is useful as most F1 races occur in Europe. Furthermore, all the F1 team headquarters are based in Europe.

Therefore, it makes sense for F1 drivers to live somewhere where they can easily commute to their teams’ headquarters.

This is useful for F1 drivers as the language of the sport is English.

All the communication between teams and drivers is done in English.

Therefore, it is not a problem for drivers from other countries to live in Monaco, as there will not be a language barrier like there might be in other European nations.

Monaco has a high number of CCTV cameras installed for surveillance purposes.

This, coupled with a high police presence and strong bank security systems, means it is the perfect place in terms of safety for the rich and famous to live in.

Benefits or Advantages of Living in Monaco.

Living in Monaco is a wise and enjoyable investment. The principality of Monaco is a true paradise between the Italian and French borders.

If you visit Monaco, you are visiting and ​​stepping into a different world.

The streets are clean, the luxurious cars have just come out of the showroom, the harbor is filled with the most beautiful yachts and the locals always look well dressed; as if they are on their way to a party.

Living in Monaco is perhaps also a party every day; certainly in the field of tax benefits.

Anyone who earns well and officially lives in Monaco can save a lot of money here on assets and income tax, among other things.

While house prices are considerably higher than in neighboring France, you can still get to live in Monaco in very exclusive areas.

It is probably why so many formula 1 drivers live in Monaco.

17 Benefits or Advantages of living in Monaco

There are many compelling reasons to consider living in Monaco. Here are just a few of them:

In December 2021, F1 driver Lando Norris announced that he would also move from United Kingdom to Monaco. This is a decision that is motivated by the benefits of good taxation regime at the municipality.

It clears shows that formula one drivers think about their financial situation, and look for the best way to manage their wealth in a tax efficient way.

When announcing the move, Lando Norris indicated that his decision was motivated by the financial incentives that Monaco provides. It is important for formula one drivers to think of their financial future.

Monaco is a place where a lot of formula one drivers live. It combines glamour, good Mediterranean climate and low tax rates. This makes Monaco a top destination for F1’s current and retired drivers.

Where Do F1 Drivers Stay or Live When in Monaco?

This is an administrative area of the Principality of Monaco. It has a permanent population of about 3,500 people.

Monte Carlo is situated on a prominent escarpment at the base of the Maritime Alps along the French Riviera.

Does Max Verstappen live in Monaco?

The simple answer is yes. Max Verstappen has lived in Monte Carlo, Monaco since 2015.

Max was born in the Netherlands to his father Jos Verstappen and mother Sophie Kumpkin. His father was a Formula I driver while the mother had a karting career.

Apparently, Max Verstappen has a good-sized apartment and in his own words; he also has ‘big party lights’.

It does seem Max enjoys his life and house in Monte Carlo.

Which F1 drivers are living in Monaco today?

As you might expect, there are a number of F1 drivers currently living in Monaco.

Joining this group is a number of previous formula one drivers who are now retired, but live in Monaco.

The current F1 drivers living in Monaco today include;

Past F1 drivers living in Monaco include;

These are some of the formula one drivers who have created their residence in Monaco.

In conclusion, it is my hope that you now know or understand why so many formula 1 drivers live in Monaco.

Monaco is located in the central of Europe.
From a geographical point of view, this make it easy for F1 drivers to live in the city, as they can easily move around between races.

There are both lifestyle and financial reasons why a decision to stay in Monaco would be considered by higher income earner.

Given the kind of income and assets F1 drivers have, it makes tax and commercial sense to make Monaco home.

The weather is always nice, there is no taxation and it is centrally located in Europe. These are some of the key reasons why F1 drivers live in Monaco.

Related: How Does Formula 1 Make Money?