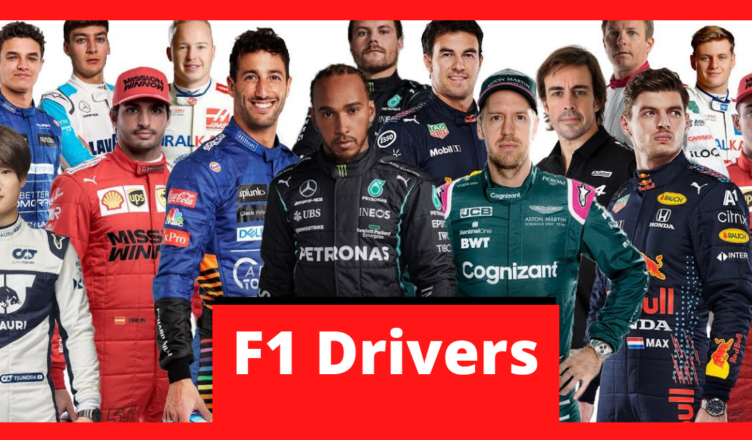 Becoming an F1 driver can be an expensive undertaking. There are stories of how families of formula drivers struggle or sacrifice to get into the F1. It can be easy for someone who comes from a wealthy family. However, not all F1 drivers are from such wealthy or rich backgrounds. So, what current F1 drivers are not from wealthy families?

There are about twenty (20) F1 drivers on the grid today. Every team has two drivers, because each team has two formula one cars in the championship.

I am interested in the second group the drivers. Those that struggled to get into formula one. It is possible there might be some who come from poverty, though unlikely.

What Current F1 Drivers are not from Wealthy Families?

There following are drivers who are not considered to have come from wealthy or rich families.

It is important to note that while these drivers did not come from wealthy families, some of them are very rich today.

This has improved and lifted their families into rich and wealthy ones today. Just that they did not start from a wealthy point of view.

15 Formula One Drivers who are not from Wealthy Families

You might be assuming that all F1 drivers come from wealthy families. The truth is that it is not the case.

You will find very inspiring rags-to-riches stories in formula one, of drivers who did not come from rich or wealthy stories.

Here are current F1 drivers who are not from wealthy families.

Max Verstappen is the son of a former F1 driver Jos Verstappen, and a karting racer Sophie Kumpen.

He comes from a family with a rich history in racing. It is then not a surprise that he ended up as a racer himself.

However, it is important to note that his family was not wealthy. They might have some wealth today, but he is one of the current formula one drivers who did not come from a wealthy background.

The story of Lewis Hamilton is told in many ways. However, starting out was not easy. The family struggled to finance his racing career.

It was a situation that saw his father do two jobs. This was to enable him have enough money to support and finance Hamilton’s dreams.

While Bottas has some money today, he comes from an ordinary family. His father owned a small cleaning business, while his mother was an undertaker.

Valtteri Bottas is one of the current F1 drivers who is not from a wealthy family.

Kimi is known for many things in formula one. However, he is most famous for his responses or lack of them.

His parents Matti and Paula had the common jobs of road builder and office worker.

As you might know, racing is expensive. Without much wealth, his father had to work night as a taxi driver, and as a nightclub bouncer.

The family made sacrifices to ensure that Kimi and his brother Rami had financial support for their racing activities.

At 16, Kimi left school and enrolled in a course for mechanics, believing this skill might be the only way to stay involved in motorsport. Very soon his mechanical expertise, and the need for family funding, became superfluous, as Kimi’s natural talent for driving fast led to getting sponsors.

He is one of the current F1 drivers who is not from a wealthy family. His retirement from the F1 sport at the end of 2021 season will bring to an end his long career in racing.

Sebastian Vettel is one of the drivers I really admire and like on the grid today. He has such a wonderful personality and heart.

The picture of him collecting plastics at the Silverstone after the British Grand Prix in 2021 still etched on my mind.

His journey to formula one was not an easy one. Vettel’s father, Norbert, was a carpenter and a roofer. However, he was enthusiastic about motorsport.

The family did not have much wealth, and Vettel only had success when he got sponsorship.

As a current F1 driver, George Russell is one of the drivers who is not from a wealthy family.

His father, Steve Russell used to run a small business, dealing in peas and beans. It is the cash from this business that helped finance George Russell’s motorsport career.

As you can see, George comes from a family which did not have much financial strength.

It is documented that Ricciardo’s father used to run a small transport business. He used the funds to finance the racing career for Daniel Ricciardo

If you look at the story of Antonio Giovinazzi, you will realize that he has struggled to be and have a seat in formula one.

He comes from a modest family background where his father was a salesman.

Antonio did not have money or the budget to finance his karting career.

He was lucky to he got a small go-kart team that supported him. In formula one, his main sponsor was an Indonesian guy.

Carlos is another F1 driver who does not come from a rich or wealthy family.

However, it is good to remember that his family has racing heritage. His father, Carlos Sainz Sr is a renowned rally champion.

The family was not wealthy when Carlos Sainz Jr got into karting. He had to start from the bottom like the rest of formula one drivers who are not from wealthy or rich families.

Charles Leclerc is one of the current Ferrari drivers. He is from Monaco and the only Monegasque on the grid.

Leclerc is one of the current F1 drivers who is not or did not possess abundance of wealth.

Over the time in his racing career he has now build some wealth from the racing earnings.

You might know this, but Fernando Alonso does not come from a prosperous background.

His father was an explosive expert working in quarries, and the mother worked as an employee in a local store.

The family struggled to support and finance the karting or racing career of Fernando Alonso.

Due to his father’s love for motorsport, he was able to be creative in getting support and sponsorship.

His parents were not rich or wealthy. They struggled like everyone else, but had great hopes for their son.

Esteban Ocon’s father even acted as his mechanic in the early days of his formula one racing.

His story would not be complete without the efforts his family made to ensure he succeeded.

To fund his racing, the family bet on their house. They sold the house to have enough money to support his career.

It is a clear demonstration that Esteban Ocon did not come from a wealthy background. They also lived on the caravan as they needed all the money to be able to pay for the racing.

In recent races, Pierre Gasly has been on top form. He has performed very well as a driver for Alpha Tauri.

However, his journey starts from humble beginnings.

While Pierre Gasly was born into a motor racing family, his family was not wealthy or did not have the riches.

His story should encourage other upcoming F1 drivers, by showing them that it is not always about money. One can get into the sport, even if you do not come from a wealthy family.

While a lot is not known about the Yuki Tsunoda currently, you can establish he did not come from big money.

He was raised by his parents in Japan. Tsunoda’s father was a race car mechanic.

It is this background that influenced Yuki to join or pursue a career in motor racing.

The father sacrificed and with meagre earning helped Yuki join karting. He started his professional career in karting.

At the moment, he is earning the least amount in formula one at an estimated $500,000 per year. This will increase over time and it will be interesting to see how he grows in F1 racing.

In the current season, Robert Kubica is a reserve and test driver for Alfa Romeo.

He is one of the drivers who is not from a wealthy or rich family. However, that does not mean he was brought up in poverty.

His father worked hard and managed to buy him a car. It was this car that helped launch his racing career. He use it to practice.

At an older age, he also got a go-kart from his father.

In conclusion, the current F1 drivers who are not from wealthy families are an indication that one can still succeed in F1.

Working hard, supportive families and making sacrifices can help you to get into the formula one.

There are cases of parents who had two jobs, sold family properties and got into debt to help their kids get into F1.

As you have seen, not all F1 drivers come from rich or wealthy families. It has taken some a great deal of work to join this group of elite drivers in the world.