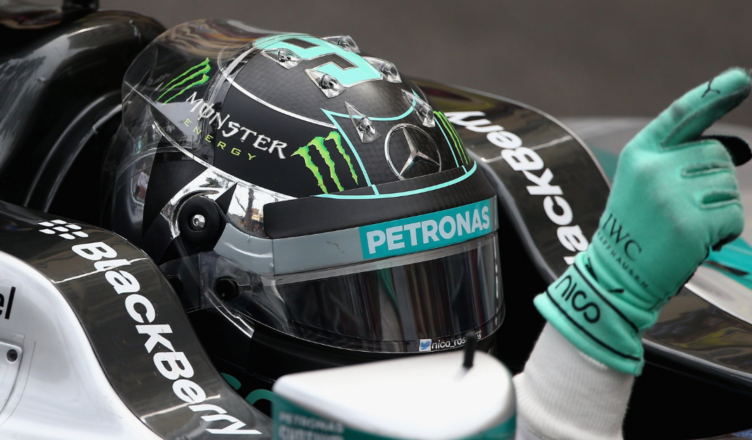 In the world of motor racing, it takes investment to develop the skill to become a top driver. To become an F1 driver, you will need to invest in learning or gaining the skills. It is common that most F1 drivers started racing from the time they were young. This begs the question; do all F1 drivers come from rich families?

It is easy to see why you might assume that all F1 drivers come from wealthy families. It costs money to become a formula one racing driver.

To get your child or even yourself started on the journey of becoming a formula driver will require an investment over a long period of time. This means that you need to have the means to pay for the costs associated with becoming an F1 driver.

In simple terms, all F1 drivers come from relatively well-off families. These are probably middle-class families where the wealth of their families varies in some significant ways.

The truth is, current F1 drivers do not come from poverty. It might be from humble backgrounds but not from poverty.

However, some have risen through sponsorship from F1 teams or from other corporate sponsors.

Do all F1 drivers come from rich families?

Some of the formula one drivers come from very humble beginnings. Others come from relatively rich and wealthy families.

The F1 drivers from rich or wealthy families could be argued they have had it relatively easy to get into formula one.

Related: How Does Formula 1 Make Money?

As you might already know, F1 costs money. It is expensive to rise through the process to become an F1 driver.

The first thing you should understand here is how you define rich. This is because it determines how you will be answer this question.

If you look at the history of F1 drivers, you will realize that F1 drivers are not born rich or wealthy.

You will read about the struggles of F1 drivers when growing up. How the formula one driver’s parents struggled to raise the money for tuition or the money to enrol him into a training school.

These are the real stories of F1 drivers who are not born rich. Most F1 drivers are born or raised from very humble beginnings.

Now, I know you might be wondering or asking yourself; who are the F1 drivers from rich families?

This is a fair question. It is possible you have heard or already know of formula one drivers from rich and really wealthy families. Others have the rags to riches inspiring stories.

Related: Who are the Rags to Riches Formula 1 Drivers?

While this is list of F1 drivers from rich families, it is also important to note that some F1 drivers have been able to grow rich from their formula one career.

These are some of the drivers from rich and wealthy families.

Does Charles Leclerc come from a wealthy family?

Charles Leclerc is proving to be a very good driver and a great talent for his current F1 team.

Let us be real; does he come from a wealthy family?

Related: 15 Current F1 Drivers Who Are Not From  Wealth

This is despite him growing up in Monaco, the one of the richest municipalities in the world. There are a reason why F1 drivers like living in Monaco and you can check this resource for more on this.

At the moment, Leclerc is supported or backed by Scuderia Ferrari and the Ferrari Driver’s Academy.

It is possible that over the long term, Charles will be able to secure more sponsors and backers in his career

This is important when you consider that not all F1 drivers come from rich families.

Leclerc has had great and positive influences from his father Herve, who is now deceased, and a former F1 driver Jules Bianchi.

Leclerc was also sponsored by Richard Mille in his junior days.

In May 2020, Charles Leclercannounced his partnership with the Italian luxury fashion brand – Giorgio Armani. Leclerc is the brand ambassador for Armani and its Made to Measure Line.

Since his early days in karting, I have closely followed Charles’ progress. Noted for his times, and his speedy qualifiers, the driver attracted my attention and enthusiasm, immediately convincing the brand to support his budding talent.’

The brand has continued to support Charles for over a decade. Wearing an RM 67-02 prototype, this automatic watch, thin, lightweight, coloured, elegant and athletic can be adapted to various sporting challenges.

On Charles‘ wrist, it has helped the brand to test new technical solutions for its future models.

Does Lando Norris come from a rich family?

The story of Lando Norris is an interesting one.

In simple terms, it is true that Lando Norris comes from a rich family given the wealth of his father Adam Norris.

I know how it feels; is f1 a club of rich kids?

Land Norris can be considered to have come from a rich family given his father is one of the Bristol’s richest men and the 501st richest in the country.

Having retired at the age of 36, Adam Norris had sold his pension company and with that amassed a fortune of about $250 million.

This is the kind of wealth that provided Lando Norris with a head start when it comes to formula one. He had the support of his family and that included his mother Cisca.

His father, Adam Norris has a considerable success in business. He is now helping others by investing over $100 million into start up companies through his Glastonbury-based Horatio Investments.

Adam is an entrepreneur and investor with a wealth of experience and expertise.

At his core, he’s a problem solver with a passion for building successful businesses.

His current role as CEO of Horatio Investments Ltd, the private investment company he created in 2010, is built on 20 years of investment experience.

He’s experienced all parts of the investment life cycle because he learned on the job from the ground up. Adam Norris was 26 when Hargreaves Lansdown invested in his business idea.

He became managing director of Pensions Direct, the pensions business absorbed into HL, when he was just 33.

It is interesting that he retired when he was 36 having built up one of the most successful pensions advice organisations in the business, selling annuities and stakeholder pensions as well as managing group private pensions. He gained a reputation for innovation.

He was keen to encourage his son’s interest in racing from an early age which was first in motorbikes before moving to four wheels.

The family moved to Glastonbury when Lando was young so he could become a day boarder and continue his racing career. He was educated at private school Millfield in Somerset.

A bio on the Horatio Investments website said he “also invests strategically in areas of personal interest, such as Formula 1, equine sports and commercial property.”

As try to figure out whether all F1 drivers come from rich families, it might be a good idea to look into some of the wealthy drivers in formula one.

This is to kind of show that while you might come from different households, it is possible to leverage F1 to create and build personal wealth.

It is public knowledge that drivers in F1 earn or make millions of dollars a year. The drivers generate these incomes from endorsements, sponsorship and other investment ventures on top of their salaries from F1 teams.

So, who are some of the wealthiest Formula 1 drivers?

This is one of the most famous name in Formula One. He won four consecutive world championships and ended up being one of the second highest earning sports person in the world in his prime time.

Seven-time world champion Lewis Hamilton has the most wins of any driver in F1 history, and his success on track has been matched by financial rewards off it as he accumulated an estimated net worth of $280 million.

In addition to his reported $30 million salary with Mercedes for the 2021 season, Hamilton has a number of sponsorship deals with brands ranging from Monster Energy to Tommy Hilfiger.

He is worth about $220 million and given his comeback with Alpine, this is likely to increase.. He won the world championships with Renault in 2005 and 2006.

Still going strong as an F1 driver at the age of 41 with two decades in the sport behind him, the Iceman Kimi Raikkonen has had plenty of time to make some money with a net worth of around $200 million.

The former Ferrari driver, who won the world championship in 2007, was named the second-highest paid athlete in the world in 2009.

Four-time F1 world champion Alain Prost is among the most famous former racing drivers, with the Frenchman considered one of the best to have ever competed.

He is also one of the richest drivers having accumulated a net worth of around $185 million with a strong investment career after his time on the grid.

Northern Irish racer Eddie Irvine spent a decade in Formula 1, racing alongside Michael Schumacher at Ferrari as well as for Jordan and Jaguar.

Following his F1 career Irvine moved to property investment, and he owns a portfolio of developments across the globe. His net worth is estimated at around $180 million and he is the owner of an $18 million superyacht

Jenson Button had a long career in F1, during which he won a world championship title with Brawn GP in the team’s only year as a constructor in the sport.

The Brit has an estimated net worth of around $105 million including a luxury yacht, and he still regularly works in the sport as a pundit.

David Coulthard had a highly successful career in Formula 1, winning 13 Grand Prix, and the Scotsman’s post-racing career has been just as lucrative with a series of high-profile broadcasting gigs.

His net worth is estimated at around $70 million, including a series of properties and hotels in London, Switzerland and Monaco.

Aston Martin driver Sebastian Vettel has been in Formula 1 for over a decade, during which period he has accumulated a net worth of around $50 million.

The German driver currently has a deal with the British team worth around $17 million with a three year contract in addition to multiple sponsors.

Former Mercedes driver Nico Rosberg did well in his short stint in F1 after he retired following his one and only world championship victory in the 2016 season.

The German racer has a net worth of $30 million and has launched numerous other ventures since his departure from F1, including the Rosberg Extreme E team with which he will go up against his old rival Lewis Hamilton in the new electric off-road series.

In today’s grid, the following drivers are the highest paid, based on the income they are generating this season;

These F1 drivers are from different households. It clearly demonstrates that you do not have to come from a rich family to make it in formula one.

In conclusion, formula one drivers come from different backgrounds.

This is normal in formula one these days. You have a combination of drivers who came from different backgrounds.

It is important to note that not all F1 drivers come from rich families.

This also means that some formula one drivers have needed huge or significant financial support during their early days in F1 career.

All current F1 drivers were either funded by their parents or big companies that realized they had talent.

Related: 17 Secrets Why Many Formula 1 Drivers Live in Monaco

However, receiving funding by the latter route is very tough to achieve, especially at a young age, due to a driver’s uncertainty making it to F1. Therefore, the easiest way to make it into the sport is through the funding of wealthy parents.