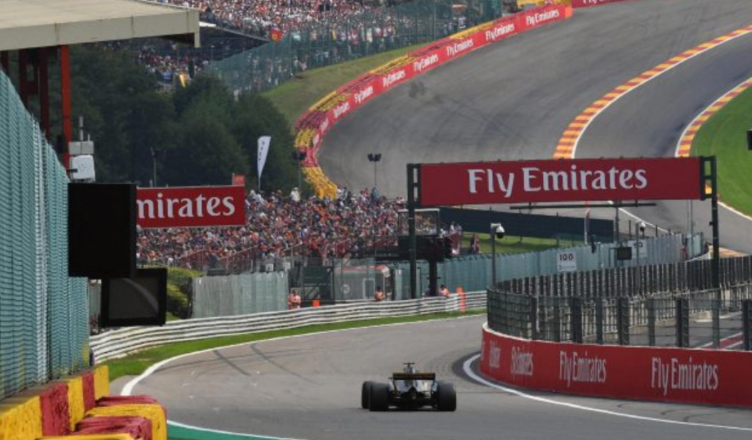 Since the formula one sport started back in the 1950s, over 68 circuits have hosted the F1 races. One of the things you might wonder about is; which is the longest F1 track or circuit?

As a fan of the sport, am sure you know a number of the tracks where the action takes place. Probably, you actually have one or more favourite venues, that you might even want to visit.

But have you ever wondered which is the longest F1 track or circuit? Well, I have and did some research which produced some interesting insights.

Which is the longest F1 track or circuit?

The longest F1 track or circuit to have hosted a Grand Prix is the Pescara Circuit, which hosted the 1957 Pescara Grand Prix: the 25.800 km (16.031 mi) long circuit in Pescara, Italy, held the annual Coppa Acerbo race, and in 1957 it was the only time that this race was included as part of the World Championship, a race which Stirling Moss won.

Circuit de Spa-Francorchamps is the longest track on the F1 calendar today and generally considered one of the most challenging, combining F1’s longest straight with difficult curves.

This hill circuit in The Ardennes is 7 kilometres long, with 19 fast and medium fast corners: nine right turns and 10 left turns.

By the standards of past circuits, the Formula One tracks of the 21st century are a homogeneous bunch. The creeping Tilke-isation of the calendar means race tracks increasingly resemble each other in length, corner numbers and character.

Of F1’s current venues, all but Monaco and Spa are between 4.3km and 5.9km long. Almost all of them have between 15 and 20 corners, minimal elevation change, similar average speeds, and almost entirely made up of slow corners.

But it was not always this way. For the first few decades of the world championship, before the FIA’s notion of maximum circuit length had been born, Grand Prix’s regularly took place on circuits far longer than we see today.

Given the costs involved in building long race tracks, and the difficulties of properly managing them, it is perhaps understandable that the FIA now recommends new circuits to be no longer than 7km.

And it also means that the following circuits are unlikely to be surpassed as the longest F1 tracks in history.

Which are the Longest F1 Tracks?

Before anyone thought to build tracks to race cars on, grand prix racing originally took place on public roads. Some of these courses were monsters measuring in excess of 100 kilometres taking in several towns.

The Pescara circuit on Italy’s Adriatic coast was one such venue: three-and-a-half times the size of the longest F1 track on the calendar today, Spa-Francorchamps.

The circuit took in the undulating Italian countryside in a triangle between the towns of Pescara, Cappelle and Montesilvano. This is one of the longest F1 tracks or circuits.

It was split roughly into two sections – a long, twisty first half followed by two six-kilometre straights to complete the lap.

Pescara first staged races in 1924 and held its sole world championship grand prix in 1957, documented in Richard Williams’ superb book The Last Road Race. That the fastest lap, set by race winner Stirling Moss, was almost ten minutes long shows what a colossal track this was.

Considered the greatest and most challenging circuit ever devised, the original Nurburgring – infamously nicknamed the “Green Hell” by Jackie Stewart – was a 160-turn behemoth that wound its way through the Eiffel Mountains of western Germany.

Built under the Weimar government of the 1920s, it regularly held grands prix into the world championship era. However the Nurburgring became a target for the Grand Prix Drivers Association’s demands for safer circuits.

In 1970 the GPDA flexed its muscles and refused to race at the Nurburgring until a substantial barrier-building programme had been undertaken. This was completed and the Nurburgring regained its place as Germany’s world championship venue from 1971.

However the difficulties of providing adequate marshalling for such a long track remained a problem, and ahead of the 1976 race the drivers were determined not to return to the track again. Niki Lauda’s fiery crash in the subsequent race, which almost cost him his life, served to underline that point.

Seven years later the World Endurance Championship also said farewell to the ‘Ring. This was the last world championship event at the track until the World Touring Car Championship visited this year for a pair of three-lap races. In 2007, F1 made a brief return when Nick Heidfeld piloted a BMW Sauber for three exhibition laps of the track.

Spa-Francorchamps is over a kilometre longer than any other track on the current F1 calendar, yet the original layout dwarfs the current one at over twice the size.

Spa held its first race 90 years and like most circuits of the era it was laid out on public roads. It followed roughly the same route as the modern circuit until Les Combes, at which point the road would branch off to the left and snake through the Ardennes countryside, reconnecting at Blanchimont.

While the Nordschleife was an unending sequence of tortuous curves, Spa challenged drivers with a series of high-speed bends with zero margin for error.

The dangers of the circuit were spelled clear in 1960, when Chris Bristow and Alan Stacey were killed in separate accidents during the race, and Stirling Moss was badly hurt during practice. Jackie Stewart endured a terrifying experience in 1966, trapped inside his damaged car while fuel spilled from its tank.

That inspired him to spearhead the GPDA’s driver for safer tracks which, three years later, led to a driver boycott of the track. After a final visit in 1970, F1 did not return to Spa until the modern circuit had been constructed 13 years later.

For a short time in the 1950s and 60s, the Monza circuit near Milan used a layout that combined both the traditional blast through the forests and the steeply banked oval into one giant lap.

The result was a terrifying, flat out, 10-kilometre figure of eight circuit. It was used on only four occasions and for the third of those, in 1960, several British teams boycotted the race on the grounds that the track was too dangerous.

Twelve months later the extended layout was used again. This time Wolfgang von Trips, who was vying for the title with Ferrari team mate Phil Hill, crashed into the crowd at the Parabolica. He was killed along with 14 spectators, and the banking was never used again for F1.

While the Indianapolis 500 counted towards the world championship until 1960, Sebring was the first true host of F1 in North America. The Florida circuit hosted the 1959 season finale, which crowned Jack Brabham as champion for the first time, in its one and only F1 appearance.

The circuit bore some resemblance to its modern day successor which continues to host American sports car races, but was substantially longer. Like many of its contemporaries of the era, it was built on a former air field in 1950, with wide, flat straights laid out along vast concrete runways.

Which is the toughest f1 circuit?

Now, let us take a trip around the world’s toughest F1 circuit and they are;

How many f1 circuits are there?

There are sixty eight (68) different circuits

In total, 68 different circuits have hosted (or will host) a World Championship races. The first to do so was Silverstone.

How long is the average f1 track?

The total distance travelled is always between 305-310 km. Monza in Italy has the highest average speed of any tracks, therefore they finish their 53 laps (307.03km) in the shortest total time.

What is the most famous f1 track?

These are the top 10 greatest circuits in Formula 1 history;