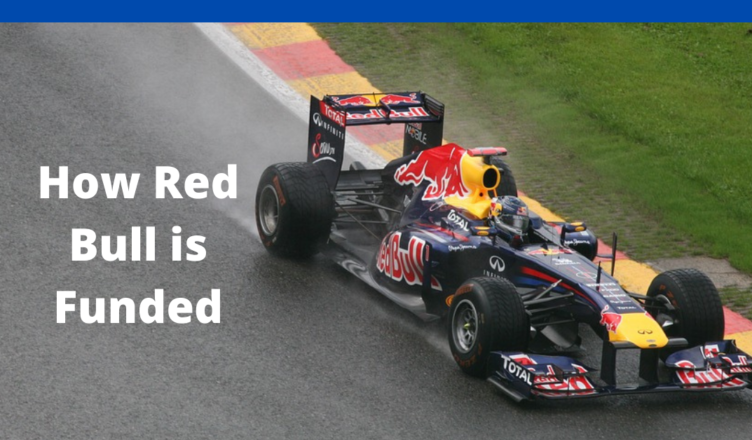 As a formula one fan, and a great admirer of Red Bull F1 team, I am very interested in understanding how the team works. While you might think the teams operate the same, there are intricacies in each formula one team. One thing is am keen to understand is how red bull racing is funded.

You have witnessed the meteoric rise of Red Bull racing as a team and Max Verstappen as a driver over the last couple of seasons.

It is even more enticing when you look at the current season. That has required capital or money to build up that team.

That is why understanding how red bull racing team is funded will help you make sense of the current performance.

You should go deep and learn that F1 is a business. Knowing that will help you in figuring out how everything runs or works.

For the Red Bull racing, business is at the heart of how they work. This is based on the simple fact that they are owned and sponsored by Red Bull drinks company based out of Austria.

Every business needs capital and financing. If you are an entrepreneur, you already know this.

It is a challenge to raise capital or getting funding for a business. This is a struggle every F1 team faces.

Red Bull racing has always needed funding. The funds would be required to take care of the cars, staff and development of the racing car among other operational expenses.

How is Red Bull Racing Funded?

The Red Bull racing team is funded in the following five ways;

As I have mentioned above, you should be able to analyze the ways Red Bull racing financing takes place from the available financial information.

One of the biggest source or funding or revenue for the red bull racing team is from Red bull energy drink.

If you check the red bull F1 racing cars, you will find the logos of the energy drink plastered on the sides, as well as on the front and rear wings.

This is going on as part of the sponsorship agreement with the Austrian-based energy drink.

This exposure for the Red Bull costs money and to have it, the company paid an estimated $82.9 million into the team in 2018.

Another source of revenue for the Red Bull racing team is from the sales and services.

According to financial statements, this source of funding includes revenues from sale of materials and spare parts.

As you might be aware, Formula 1 has a way in which it distributes prize money to the various teams.

This is based on the order of how the team finished in the previous season. For example, the distribution of the prize money for the 2021 season is going to be in 2022.

This source of revenue or funding for the Red Bull racing team comes from the F1 world championship commercial rights and other revenues from core business.

Formula one racing is a sport that requires teams to innovate and come up with efficient ways of improving performance.

This requires the teams to research and develop their capacity.

Red Bull racing get some of it’s funding as grants for the research and development. This is an important aspect of how the team funds it’s operations.

Ability to source and secure grants is a good business idea. A team that can build the ability to get such funding would offset the need for commercial loans from banks.

As you look into how Red Bull racing team’s financing, you will find a very interesting item in their financial statements.

One of the sources of funding is the increase in value of their products under development.

Red Bull is a supplier of product to their sister company the AlphaTauri.

As the formula one move forward into the future, there will be the implementation of several changes. The biggest is the introduction of cost-cutting measures and a budget cap.

This is going to affect the Red Bull racing team in one way or the other.

When it comes to funding of the Red Bull racing team, the reduced budgets is going to affect how much money they can receive.

It will be interesting to see how much sponsorship they will get, and also how much funding they will get from their F1 prize money allocation.

The budget cap will preclude some big-ticket items, such as drivers’ salaries. However, the introduction of the $145m limit for team performance for 2021 and subsequent sliding scale is going to have significant and long-lasting changes to aspects of teams’ operations.

One negative consequence of the cost cap is that the largest teams are having ideally to reallocate personnel or, in the worst case scenario, having to reduce their headcount.

Human resources is inevitably a significant part of an F1 team’s spending. The amount of money related to employee welfare and drivers is exempt from the cost cap.

Unless, that is, it’s one of the three highest-paid staff members as they are on the list of exemptions.

While talks about a potential cap on driver salaries remains under discussion, this has not yet gone ahead.

As such, drivers are among the expenditure exempt from the cost cap both in terms of their pay and expenses such as travel and accommodation.

In conclusion, funding or financing a formula one team is not an easy job.

It is one of the things that team principals think about at the start of every season.

In fact, it is part of the long term business planning that Red Bull racing management team has in place.

Part of funding for Red Bull F1 teams comes from their main sponsor. Red Bull drink is a known brand and sponsoring sports is one of the ways they promote and build their brand visibility.

It is interesting that the sponsor is getting a return on their investment. You can read more here about how F1 sponsors get value for the money they put into a racing team.

Red Bull and AlphaTauri racing team’s structure is that of a private limited companies. Red Bull racing team is based in Britain, whereas AlphaTauri is located in Italy.