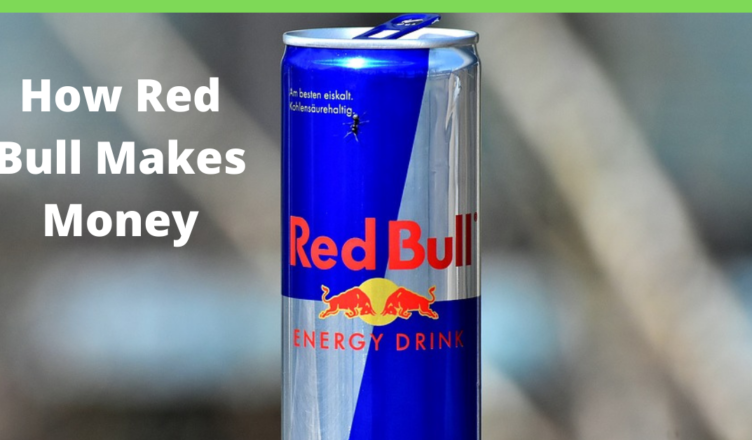 If you are an entrepreneur or a business leader like me, watching sports is not just about enjoying the games. It is about understanding the business of the sport too. That is why you might be curious to find out how red bull energy drink maker actually makes money.

It is one of the sports that the Austrian beverage company sponsors. In F1, the company has two teams.

For a company that sells energy drinks, you might be wondering why they would bother with sports.

It turns out it is one of the genius ways that have helped them grow into a behemoth that they are today.

Promotions and marketing activities forms part of the strategies that help Red Bull energy drink to make a lot of money in the market.

Red Bull was founded in 1984 by a sports enthusiast Dietrich Mateschitz who reportedly drinks up to 10 cans of it a day. I think this is one thing he shares with Warren Buffet who is a great fan of the Coca Cola…haha!

So, How Does Red Bull Energy Giant Make Money

For any business, making money is the absolute goal. It is what entrepreneurs and business leaders want as they serve their customer.

Red Bull Energy Company makes money from selling of their flagship drink, the Red Bull. It is a product that serves their customers well.

If you think about it, a company that sells about 7.5 billion cans, bringing in about US$ 6 billion in revenues. That is how customers respond to their products.

It is being voted for by customers through their wallets.

Red Bull’s net income rose 10% last year to $971 million after revenue grew 8.6% and payouts from subsidiaries soared, according to a filing to the Austrian company register.

This allowed the company to payout the founder or boss Mateschitz and Thailand’s Yoovidhya family about 554 million euros.

When you think about the energy drink’s market you cannot fail to recognize the position of the Red Bull energy drink.

Red Bull has come a long way from the time Dietrich Mateschitz formed the company in 1984.

Looking at the numbers, Red Bull is selling an average of one can per person in the globe.

For example, the energy drink maker sold 7.5 billion cans in 2019, which translated to about US$6 billion in revenue.

It is also important to remember that the energy drinks giant owns several soccer teams, two formula one teams and a roster of athletes that are into thousands.

It is clear Red Bull does more in the world than just selling energy drinks.

As you build your business, your goal is to make the enterprise profitable.

If you look at the financial numbers of the Red Bull, the company makes profit.

It costs about a can to produce and at a retail price of about $3 dollars, the business is profitable. That is how they manage to have such a huge financial war chest to invest in marketing and sponsorship.

Manufacturing a single can of Red Bull costs about US$0.09

Suggested retail price of a single can is estimated at US$3.59

Just looking at the above figures should give you an idea that Red Bull operation is a highly profitable one.

In conclusion, the growth of the Red Bull beverage maker has been phenomenal.

It has demonstrated that vision and good business strategy can help the company make money.

If you study the strategy that Red Bull founder took, you learn that he was very keen to grow the energy drink into a big business.

That explains why he outsourced manufacturing and production of the energy drink. It is the reason he also invests billions of dollars into marketing and promotion.

Red Bull does this through sponsorship of various sports including the Red Bull F1 racing team.

The energy drinks sector has created a fountain of wealth. The founders of Monster Beverage Corp, Rockstar and the chairman of rival Carabao Group Plc also have become billionaires as the industry has boomed.