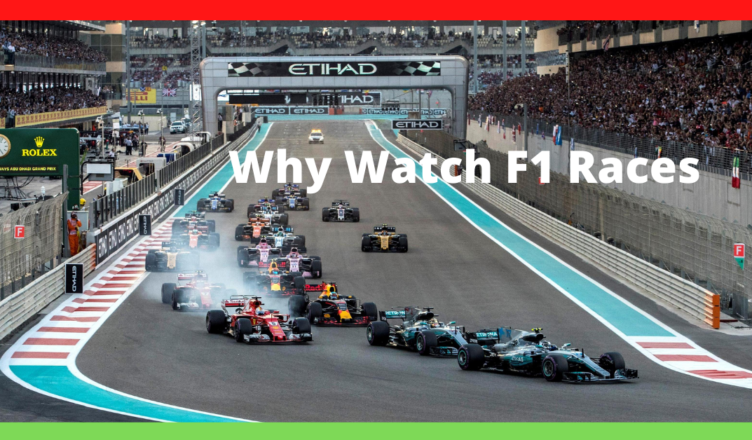 I do not know about you, but I truly enjoy the formula one sport. It is something that excites me and I look forward to watching or attending an F1 race. However, if you not a fan of formula one or if you are just starting to like the sport, you might wonder; why do people like watching formula one?

I am glad that you are asking yourself that question. There are a lot of things I could share with you as to why people like watching formula one.

It is a joy to have you interested in the sport. I strongly hold the view that you can benefit from watching formula one races. At some point in your life, you might also consider attending a live formula one race in one of the many racing circuits across the world.

During a formula one season, a lot of things happen. If you have not been watching the current season, you are missing out on one of the greatest racing in recent history.

You are also being left out of one of the greatest motor sport in the world.

Formula 1 World Championship is one of the most watched sporting events in the world. Each race weekend attracts millions of people across the world.

As an F1 fan, you will enjoy to watch the incredible speeds of the formula one cars, the drivers and the strategies deployed by the various F1 teams to win races.

The following are some of the reasons why people like watching formula one racing.

As you can see, a lot happen in the world of formula one. You are going to learn so much about cars, technology and science as well.

So, why do people watch formula one racing?

If you like fast driving, then you are going to enjoy watching formula one racing. The F1 cars are known for their speeds, both on a straight line and in cornering.

It is very exciting to watch how F1 teams are able to achieve the top speeds. When you add DRS into the mix, it becomes more fun to watch an F1 race today.

Formula one started a long time ago. There is a great deal of history into motorsport racing.

You are going to run how formula racing used to be in early days, the teams and drivers who made racing great back in the days.

For example, while you Aston Martin is a popular brand today, you will learn that they used to participate in the sport in the 1959 F1 season.

While there are very good drivers in other racing sports, formula one has some of the best driving talents.

You are going to enjoy watching the top 20 racing drivers in the world.

When you have such great pool of talent in one sport, you can bet it is going to be exciting.

A season in formula one takes the teams across the world. This involves racing in different tracks or circuits.

As a fan, you will like watching formula one in each and every circuit.

The most interesting part is the fact that tracks are designed and build to be challenging to the car and the driver.

In this regard, you will be watching how teams and drivers tackle the challenge presented to them by the tracks and circuits they visit.

You should be aware that formula one involves a lot of science and engineering.

Each time I watch formula one, it reminds me of my physics lessons in school. You will see some laws of physics in action.

It is fascinating. There is a great deal of science and engineering in how F1 cars are designed, the aerodynamics of it and how the car performs on track.

The role or job of the race engineer is to act as the link between the team and the driver.

The world of motorsport has evolved over the years. One area where that evolution is in the technology that is used in formula one.

Today, teams not only compete on the raw speed and talent of their drivers, but also technology.

F1 teams are the most innovative, bringing to the grid technologies that give them an edge over their competitors.

This could be in regard to engine/power units, fuel consumption as well as collection and interpretation of data

One of the reasons you might like watching formula one is the competitive nature of the sports.

F1 is very competitive, with drivers and teams seeking to win the drivers’ and constructors’ championship respectively.

This provides a great environment for rivalries and all manner of tactics between the teams or drivers.

You are going to enjoy the battles for the championship as witnessed recently between Lewis Hamilton and Max Verstappen.

In conclusion, watching formula one can be a very enjoyable thing to do for you.

Formula one provides you with an opportunity to be entertained, and also to learn. This is true if you like technology and science.

A lot of work goes into making and developing formula one cars. In fact, F1 cars are some of the most advanced cars in the world, using most advanced and highly sophisticated technology to deliver results.

The engineering that goes behind building a formula one car is just magnificent.

In this regard, being a fan of formula one racing can and is going to be a very satisfying thing. You can also save money and buy a ticket to attend a formula one race in person.

Read More: How to Attend a Formula 1 Race Today

I have enjoyed watching formula one for the last couple of years, and it never gets boring.

You are going to fall in love with the sport once you get started watching and following the sport. It hooks you, especially if you are a petrohead like me.

To be honest, there is still room to improve the sport. That is what makes it interesting. It is good to see steps being made to make the sport more competitive and entertaining.

Changes in 2022 are going to be a good start, and you will be able to watch closer racing on the track.