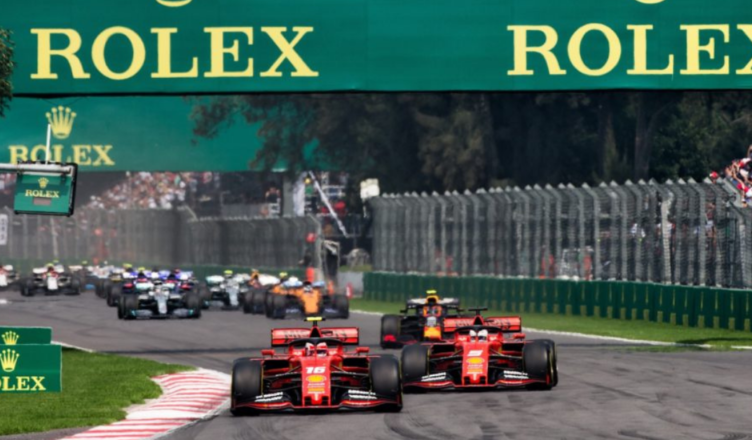 I do not know about you, but I have been intrigued by how formula one makes money. This is because from industry news, formula one generates a lot of revenue. Creating a business system that generates income is not easy. One of the things am wondering about is; which F1 drivers bring sponsorship money to their team?

In this article, I am going to try to analyze and look into the driver’s contribution to the income or money that F1 teams make.

F1 is one of the biggest motor racing competition in the world. The races are spread across continents, except Africa, making it a truly global.

This provides a great opportunity for businesses and brands to partner with formula one through sponsorship. Leveraging on the global reach of the F1 sport is great chance for a brand to market their products or services, and increase publicity.

It is for this reason I am looking into which F1 drivers bring sponsorship money to their teams.

Which F1 Drivers Bring Sponsorship Money to their Teams?

The F1 drivers who bring sponsorship money to their team include;

All F1 drivers usually bring something to the team, besides their driving expertise.

However, you can argue that the above drivers contribute the most in terms of sponsorship to their teams

In this section, I would like you and I to discuss how the drivers bring in money to their teams through sponsorship.

Revenue generated from sponsorship forms part of the key sources of income.

By virtue of his position as the world champion, Lewis Hamilton attracts brands and sponsorship for Mercedes F1 team.

You might argue that Mercedes, given how big they do not need the income. However, having the world champion on their team is an advantage when it comes to marketing and generating sponsorship revenue.

This means that Lance Stroll has his seat in F1 due to his father buying or investing in the team.

I have a lot of respect for Sergio Perez mainly because of the simple effort to save jobs when his team was faced with financial difficulties.

Sergio has individual sponsors and while they did not play a role in his Red Bull seat, they have been very supportive of him in the past.

He is currently racing for the Haas F1 team and it is believed his father’s money had something to do with it.

His father, Dmitry Mazepin owns Uralchem, a mineral fertilizer company. He bought 20% of the company in 2013 from billionaire Suleiman Kerimov.

According to Forbes, Dmitry Mazepin is worth about $1.3 billion.

Uralkali is the title sponsor of the Haas F1 team, and Nikita Mazepin is one of the team’s driver, bringing the sponsorship to the team.

Which F1 drivers bring money to the team?

It is possible this is where the idea of a pay driver comes from. However, it is not that simple.

Formula one is an expensive affair, and the ability of a driver to bring along some money is always welcome.

How much sponsorship money do F1 drivers bring?

In terms of sponsorship, F1 drivers and teams benefits from the revenue that come from this income stream.

It is estimated that in the last couple of years, over $30 billion has been generated from sponsorship across the F1 teams.

How Sponsorship Works in Formula One.

Sponsorship in formula one is one of the ways in which teams and the sport in general makes money.

The role of sponsorship in Formula One World Championship has been a journey. When F1 started at Silverstone back in 1950, there were no sponsors present on the cars.

Introduction and having commercial sponsorship is considered as the most influential and important decision in the history of the commercial side of formula one motor racing.

Firstly, the traditional model of sponsorship in Formula One, since commercial sponsorship has been legal, has been for a sponsor to approach a team and then agree between them how much they are willing to pay into the team per year.

When this has been agreed, the two parties will then discuss how much branding will appear on the car and the driver’s overalls.

As you would expect, the more money that the sponsor is willing to pay determines how much recognition they will receive. With a relatively small payment, a sponsor could expect to see a small version of their logo on the car.

This would typically be on the nose of the car, or below the side pods. They might also receive a space on the driver’s overalls, but this would only be for the higher payments within these boundaries.

As the contribution to the team is increased, the sponsor’s presence both on the car and the drivers is going to increase.

The highest tier of sponsorship in the sport is what is known as being the ‘title sponsor’, which is where companies can pay north of $100 million each year for the right to control both the livery of the car as well as be a part of the team name.

This is possibly the most successful example of a technical partnership in Formula One to date. Petronas is the fuel supplier to Mercedes, but they have been working together with the German team ever since they re-joined the sport in 2010.

However, it was not these early years that proved crucial, as in 2014 there was a huge overhaul in the technical specifications of the engine.

Petronas worked very closely with Mercedes to deliver the perfect fuel for their engine concept, and this helped to produce one of the most successful and reliable engines in the history of the sport.

They have won 74% of all races since 2014, and the collaboration with Petronas keeps getting stronger and stronger.

The partnership is “a state-of-the-art technological partnership to deliver cutting-edge Fluid Technology Solutions for the Hybrid Power Unit and chassis of the works Silver Arrows cars.”

Not only do they have a very successful technical partnership, they also have a very strong traditional relationship, with both drivers taking part in various advertising campaigns for Petronas on a regular basis.

As I have mentioned in this article, sponsorship is a major source of revenue in formula one. The real question now is which F1 drivers bring sponsorship money to their team.

The other source of F1 revenue includes TV rights, fees for hosting races and merchandising.

Related: How Formula One Makes Money

In any organization, or sport, team work plays a significant role in achieving success. In formula one, drivers are part of a greater team.

When a team has a driver who is bringing in sponsorship money, it adds to the total revenue the team generates per year.

For example, having a sponsor on the rear wing on an F1 car could bring in about $25 million per season depending on the team. Selling advertising space on less prominent areas like the wing mirrors can generate about $5 million per season.

In conclusion, it is important for a formula one team to find ways to generate revenues.

Sponsorship is one of the many ways a team can earn money.

It is therefore of great value for an F1 driver to be able to bring sponsorship money to their team.

Ability to do that creates value to the team, and also makes the driver a key component of the team.

You might have know the role Sergio Perez played in saving his Racing Point team, He had been able to secure sponsorship deals with Claro and Telcel.

As you can see, there are many formula one drivers who bring sponsorship money to their teams, and this is of great value.

The concept of pay drivers in Formula 1, those being racers who get a seat on the grid more through the funds they can provide a team with than their ability is becoming more common in Formula 1.

Of the current grid, Lance Stroll joined Williams back in 2017 with the backing of his billionaire father Lawrence before switching to Racing Point, now Aston Martin, when his dad bought the team.

Nicholas Latifi also joined the Formula 1 grid in 2020 with Williams, bringing a heavy financial package with him from his wealthy family.

Of course, sometimes a driver can come into Formula 1 through deep pockets and also have great success. Sergio Perez is a good example.