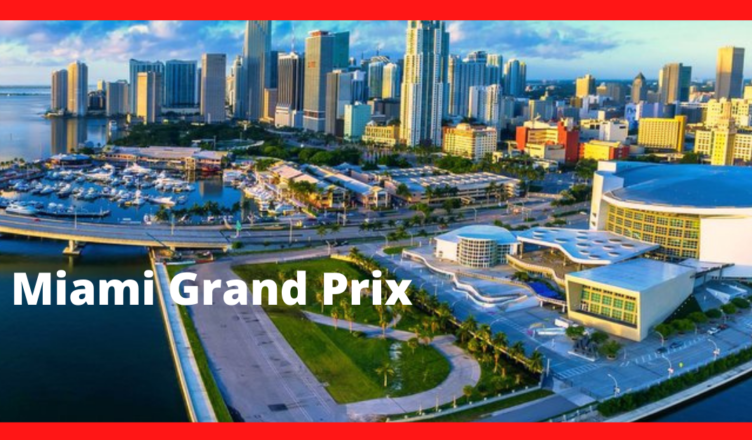 Formula one has always been keen to improve the sport’s presence in the United States. Currently, F1 takes place at the Circuit of the Americas in Austin, Texas. However, a second F1 Grand Prix will be taking place at Miami. The question you and many formula one fans have might be; is the Miami GP worthy of its place on the F1 calendar?

At the writing of this article, the dates for the inaugural Miami Grand Prix have been set for 6-8 May, 2022. It will be hosted at what will be known as Miami International Autodrome.

It has been a long time coming, and it is a great thing to have the event in Miami finally taking off.

The event will make its F1 debut with a race around a circuit that is under construction, around the city’s Hard Rock Stadium.

This is the second formula one grand prix in the United States. It is therefore a vote of confidence on the growing popularity of F1 in the US.

Miami Grand Prix is joining the F1 calendar on a 10-year deal. The commitment shown and the long-term deal make the event worthy of its place on the F1 calendar.

Is the Miami GP Worthy of its Place on the F1 Calendar?

Miami GP is worth being on the F1 calendar. There is great value that comes to F1 and also to Miami city by hosting the second race in the United States.

You will find that there are commercial as well as non-commercial benefits of the Miami GP being added to the F1 calendar.

3 Reasons Why Miami GP is Worthy on F1 Calendar

It is common to find some people wondering whether it makes to have additional formula one races in the United States.

In fact, some are looking for reasons why Miami GP is worthy on the F1 calendar.

I can think of three reasons that makes it an interesting proposition;

Formula one has been looking for opportunities to grow and expand presence in the United States.

This is going to help F1 to grow and increase popularity in the US.

Miami is known as a sporting place. There are other sporting activities that have been taking place in this city.

To formula one fraternity, this is positive thing. It means that Miami GP is getting to an audience that likes and enjoys sports.

From a business point of view, it is likely that getting fans to attend the race might be easier. Ticket and merchandise sales could also benefit from an eager audience.

The importance of other sports is highlighted by the choice of the Miami Grand Prix promoter, as well as the location of the event.

A semi-permanent circuit is under construction at the site of Hard Rock Stadium, home to the Miami Dolphins NFL franchise.

The track layout will stretch 3.36 miles and comprise 19 corners, plus a start-finish straight running parallel to the north side of the stadium.

There will be three potential DRS zones and top speeds should reach close to 200 mph.

It is not a secret that F1 has eyed more races in America for a very long time. History also proves that interest, given the several places F1 racing has taken place in United States.

As a city, Miami has award-winning restaurants, international arts and sporting activities.

It has a large population and many people like to travel to Miami. Awesome beaches are also very attractive.

In this backdrop, you can see why Miami GP is worthy to be on the F1 calendar. Tapping into this opportunity makes a lot of sense.

Formula one can leverage all these great things about Miami to provide an F1 experience to fans.

The addition of Miami GP to the 2022 F1 calendar is a great move. It is going to create value to F1 community.

This includes the experiences F1 fans are going to have during the race weekend.

The value of Miami GP to formula one is both in terms of business, as well as growth of the sport in United States.

For those who live in Miami, life might almost feel like a vacation. This is the experience you will get when you visit the city for the Grand Prix.

For example, the F1 fan festival held in the city attracted over 80,000 people.

It is the objective of Liberty Media to create destination F1 races in the US. Miami GP provides an opportunity for them to try that concept.

It is predicted that the Miami Grand Prix will have positive economic impact on the city, as well as to F1.

Miami Grand Prix is estimated to create more than $400 million in value and about 35,000 room nights to South Florida every year.

It is also important to note that the race will improve tourism of the Miami city. This will continue to add prestige to F1.

As you can see, this is a great reason why Miami GP is worthy of its place on the F1 calendar for the next 10 years.

Racers Who Live in Miami, Florida

As I mentioned above, Miami GP is an event which took much longer than expected to get the green light.

However, the organisers are confident of getting support from the Miami residents.

It is worth noting that Miami is home to sport enthusiasts. There exists a motor sport culture in the society and this should be a great thing for the formula one racing.

Miami has had IndyCar races before. This makes it an interesting place to host an F1 grand prix.

People understand what it means for everyone in this area to have a world event like a Grand Prix in Miami, economically and in terms of attention value.

In conclusion, the entry of Miami GP into the F1 calendar is an interesting play. It adds to an already exciting formula one event at Austin in Texas.

In a nutshell, the race at Miami is the second Formula One Grand Prix in the United States.

F1 is growing in the US and having Miami GP is worthy of it’s place in the F1 calendar.

The key reason why it is a great event is because it offers growth opportunities, the city is large and there is a history of other sports.

A combination of these factors makes Miami GP worthy of its place on the F1 calendar for the next 10 years.