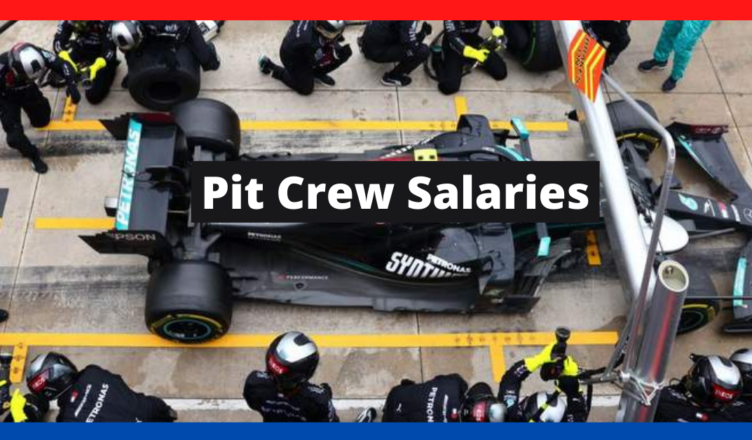 It is important for any organization to take care of the employees or staff members. This applies to formula one teams.

One of the things to provide is a competitive compensation plan. You should pay your team well, to motivate and help them meet their needs.

As a formula one fan, you might be interested in knowing how much F1 pit crew members earn or make. Maybe you are interested in being a member of pit crew.

Knowing how much the pit crew members make in formula one could help you decide on whether it is a career you want to pursue.

Pit crew members are critical element of any formula one race. It is possible to win or lose a race based on the performance of the pit crew members.

You could be curious about the F1 pit crew salaries. As an F1 fan, you should be interested in knowing how much the pit crew members make or earn per race event.

The effectiveness of a pit crew is dependent on several factors, including skill, speed, and physical fitness.

Current record for the fastest pit stop stands at 1.82 seconds set at the Brazilian Grand Prix by Red Bull in 2018.

How Much Does an F1 Pit Crew Member Earn?

You will find that a pit crew member gets a bonus for winning a race. This is about $250.

There are about 20 pit crew members, and each of them earns or make a different amount. It depends on the role they play.

It is important to remember that pit crew members are professionals.

They are people who work for an F1 team. In this regard, they get paid for their services.

When you get a job, you are going to be compensated for the work you are doing and the value you add to the organization.

For pit crew members, they receive payments for offering their skills and expertise to the F1 team. They provide value to the entire team.

Pit Crew Members and How Much They Earn

It is important for you to know the members of the pit crew, and how much they earn. In this section below, you are going to learn more about how each of the pit crew members makes money.

The pit crew chief is a key part of the F1 team. He is responsible for selecting the tyres to go on the car. Strategy is also a part of his role and responsibility.

Pit crew chief is the highest ranking member of the pit crew team. He sits on the pit wall during a Grand Prix, alongside the team principal team manager, race engineers and other key members of the team.

These are very critical roles when it comes to a pit stop. A team can win or lose a race based on the actions of these pit crew members.

Wheel gun operator has one of the very delicate roles during a pit stop. They must ensure that the tyres are changed quickly and smoothly without delays.

You should read about the longest pit stop in F1 history to fully understand and appreciate the role of wheel gun operators. Valtteri Bottas found out the hard way when his pit stop was botched at the Monaco Grand Prix in 2021.

Related: What is the Longest Pit Stop in F1 History

Let me tell you, I truly enjoy watching the pit stops. I find them fascinating.

To change the tyres, the F1 car must be lifted off the ground. To do this, the teams use specialised jacks to lift the car, on the front and rear end.

Mechanics who deal with any wing angle adjustments or replacements earn the same amount of money as jack operators.

A formula one team has about 20 people as part of the pit crew team. They play different roles to ensure that the pit stop is smooth.

Formula one cars have a minimum weight without fuel of 752kg in 2021. But this will increase to 790kg for 2022’s next set of regulations, while with fuel, cars weigh 900kg for the start of the Grand Prix.

To keep the car stable during pit stops, teams locate a crew member on either side to avoid any body roll once it is lifted onto the jacks.

Teams also keep at least two members on standby – one to restart the engine in the event a driver stalls and one with a fire extinguisher.

In conclusion, pit crew members in F1 are very important in the smooth running of a race.

Pit stops have become key strategic tools that teams use to gain an advantage over their rivals. I am sure you have seen this play out in several occasions over the course of a formula one season.

That is why how much an F1 pit crew member earns or makes is critical to the success of the team.

As you might have realized by now, formula one pit stops requires a combination of human talent, and efficient tools to make it work.

If you were wondering about how much do F1 pit crew members earn or make, it is my hope that this article has helped get the answer.