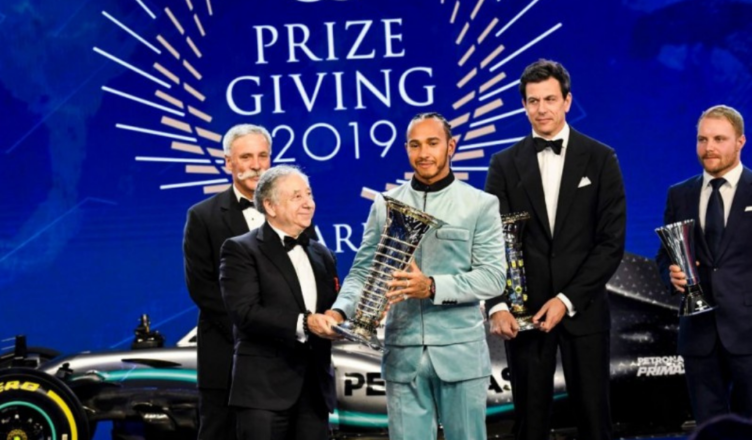 Every competition becomes sweet when there is a prize to win at the end of the competition. This is very true when it comes to motor racing and in particular in formula one. You might then ask, what is the prize for winning in formula one?

If you are a fan or F1 or if you are just starting to enjoy the sport, it is important to understand the prize the winner gets at the end of the season.

Chasing a goal and a prize makes sports or competition very interesting. You look forward to what you can potentially win if you end up as the ultimate winner of a competition.

Over the years, different formula drivers have won prizes. In fact, some drivers have also gone to be nominated for awards based on their performance during the season.

What is the Prize for Winning in Formula One?

The prize of winning in formula 1 is equivalent to 47.5% of formula 1’s underlying profit.

Usually, the financial details within formula one are not as forthcoming as you might think. However, certain information is available and will help you understand the prize money for winning in F1.

In principle, the prize money is divided into two, with one half split between the top 10 teams in the championship on a sliding scale based on the race results and the points accrued.

To be able to win formula one prize money, you need to secure as many points as possible. This is for both for the drivers, and for the teams.

Related; What is the F1 Constructors’ Championship Prize?

It takes a great deal of planning and strategy to win the formula one prize.

One of the most interesting things that I enjoy is watching the different strategies that team employ to win races, or get to the top 10 positions.

This is because points are only awarded to the drivers and teams that finish in the top ten slots in each race.

Now, I would like to take this opportunity to explain the formula 1 prize money.

This is to help you understand how it is distributed among the different teams and drivers.

Formula one racing is a very competitive sport, and it is one of the biggest motor racing championships in the world.

It is very popular and takes place across different continents in .the world except Africa. This means you can watch it in Americas, Europe, Australia, United Arab Emirates and Asia.

In simple terms, this is the highest form or class of competition for open wheel racing cars. Drivers and cars are competing in a series of Grand Prix for the World Drivers’ and World Constructors’ championship titles.

In this section, I would like you to take a look at the prize money that one gets for winning formula one.

Let us get down to it.

Where Does F1 Prize Money Come From?

To be able to understand how formula one prize money is distributed, it would be important to understand where the money comes from.

In finance parlance, before we discuss outflows, you should also discuss inflows in terms of your cash.
Formula One makes money from broadcasting fees or TV commercial rights, advertising and sponsorship, race promotion fees or fees for hosting races and merchandising.

These are the primary sources of F1 revenues and how formula one makes money.

It is an old secret that all teams in formula one are not equal. This is made clear by the formula used to share the prize money among the teams.

The revenue generated by formula one is divided into two main categories on a 50-50 basis.

One half of the funds are going to the prize money fund, which is shared by the formula one teams. The other half goes to formula one group and shareholders.

However, Ferrari treated differently as the agreements in place and thus gets an additional 2.5% of the funds available.

There are as many as 26 points available to the winner of each Grand Prix – but it has not always been that way.

In the World Constructors’ Championship, every point matters as teams scrap it out for positions in the table that will go some way to deciding their payout from F1 at the end of the season.

The prize money is not entirely merit-based.

A percentage of the revenue generated by the championship is shared equally among the 10 teams. However, there is a significant part of the money, understood to be 23.75 per cent of F1’s overall profit, which is awarded based on where teams finish in the WCC standings.

The champions are understood to be awarded around $66 million (£51 million) while last place, Williams in 2019 received around $15 million (£12 million).

To get some of the prize money in formula one, drivers and teams need to perform well over the course of the entire season.

This would allow them to win races or secure championship points.

Related: What is the F1 Drivers’ Championship?

In every business, taking great risks lead sot greater returns. Such is the case with F1 racing as well.

There are large chunks of money that the people throw at these races. It is done to simply watch the speed and the excitement of the races.

The large money offered is also the prime reason that motivates the drivers to go for the win every time they step on the circuit.

Formula one races are managed by Liberty Media Corporation, which is the parent company of the Formula 1.

It has a massive profit distribution model as each race could generate the revenue of more than $120 million. It clearly indicates the increasing profit with these races.