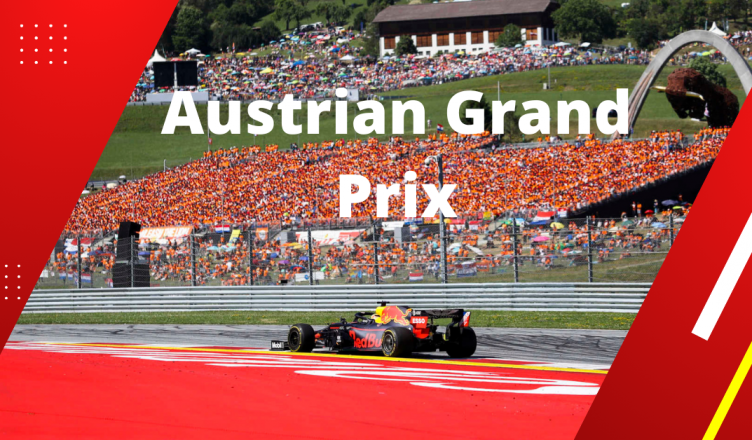 Travelling to Austria to watch and experience formula one racing should be on everyone’s bucket list. At least it is on mine. But which venue is the Austrian Grand Prix held?

F1 racing has a long history in Austria. It is one of the races on the formula one calendar this season.

As the fans, drivers and teams troop to Austria for the race, it is important that you understand where the Austrian Grand Prix is held.

Austria is important to the formula one family. There are key Austrians playing big roles in formula one today.

You can find them on the paddock as well as on the commercial side of F1 business.

If this is your first time attending the race, you will find this resource very helpful.

This is your guide to venues that have hosted and continue to host formula one race in Austria.

One of the common F1 questions you might wonder about is; which is the venue for the grand prix in Austria?

In 2022, the Austrian Grand Prix will take place over 71 laps at the Red Bull Ring circuit at Spielberg.

Red Bull Ring has been Austria’s only F1 venue since the 1970. Another name for the track is Osterreichring or A1-Ring.

If you are attending the Austrian Grand Prix in 2022, you should take time to experience the Styria Mountains as part of your trip.

In 2022, the Austrian Grand Prix will feature a sprint race. It is the second sprint race event of the season.

This means that practice session 2 will be replaced with a qualifying for the sprint.

On Saturday, there will be a 30-minute sprint race that will determine the starting grid for Sunday’s race.

The first sprint race of 2022 at Imola GP was great, and it is expected the third sprint in Brazil will equally be exciting.

Sprint races are expected to add some excitement into formula one racing. However, this has been received with mixed feelings from fans, drivers and team principals.

If you have been wondering what sprint races are in F1, you should check out this resource.

The venue of the Austrian Grand Prix is the popular Red Bull Ring at Spielberg.

You are going to enjoy racing by picking the best grandstand to watch this race.

Tickets for the F1 race in Austria is relatively cheaper compared to other races like the British GP.

As you can expect, there are a few grandstands located around the track.

You are going to get great views from each of the locations.

Austria is important to formula one. it is a country that has produced past F1 drivers.

When you look at the paddock today, there are two people that come to mind when you think of F1 in Austria.

The two people are Toto Wolff and Dietrich Mateschitz.

Mercedes F1 team is one of the top racing team in formula one today. At the top of this team is Toto Wolff.

Toto or Torger Christian Wolff is a former racing driver. He is the current team principal and CEO of Mercedes-AMG Petronas F1 team.

He is billionaire investor, and holds a 33% stake in the Mercedes F1 team.

You might not have heard of Dietrich Mateschitz, but I guess you have heard or know about Red Bull.

Dietrich Mateschitz is an Austrian billionaire businessman. He is the co-founder and 49% owner of Red Bull GmbH.

As you can imagine, running an F1 team requires money and teams generate some of their money from sponsorship.

For Mateschitz to continue sponsoring the Red Bull F1 team, it means his company is getting a return on their sponsorship dollars.

Is there an Austrian driver in F1 today?

At the moment, F1 does not have an F1 driver from Austria. However, there have been a number of them in the past.

To be exact, there have been sixteen formula one drivers from Austria including two winners of the World Drivers’ Championship.

Sadly, three Austrian F1 drivers were killed while racing in the sport.

The former Austrian F1 drivers include;

It is important to note that Helmut Marko is still involved in the sport today.

He is an advisor to the Red Bull Racing team, and head of the team’s development program

In conclusion, Austrian Grand Prix is currently being held at the Red Bull Ring at Spielberg.

This is a venue that has always produced great formula one racing experiences.

Max Verstappen won the race here in 2021, ahead of Valtteri Bottas and Lando Norris.

This allowed Red Bull to extend their lead on both championship titles.

That is the most recent highlight of F1 racing at Red Bull Ring However, more is expected in upcoming races at the track in 2022.

As you plan to attend the F1 race at Red Bull Ring at Spielberg, I hope this information has provided you with basic knowledge about the venue for the Austrian Grand Prix.