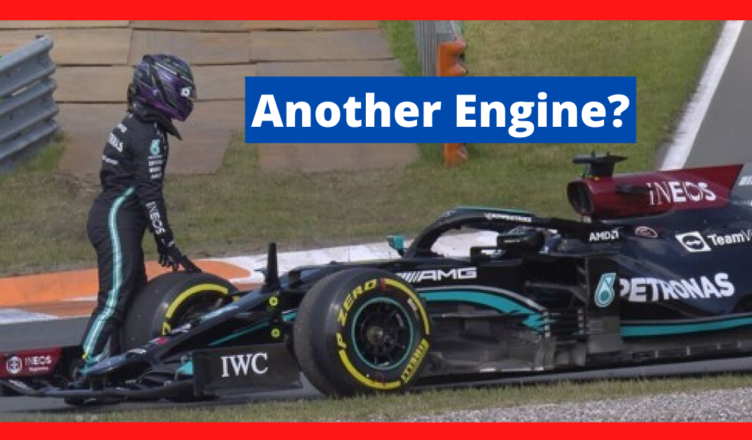 In the course of a formula one season, each team and driver has a set of engine components available to them. That is in the regulation. However, it is possible to use and get over the allocated components. That is why you might ask, will Lewis Hamilton need another engine?

That is the big questions and there is a great deal of speculation on the paddock about that.

It is not just Hamilton; other F1 drivers are also thinking or considering the option to get another engine. This includes Red Bull’s driver Max Verstappen.

There is an interest in whether Hamilton or Verstappen will need another engine this season. As you might be aware, they have been fighting for the title championship, and a decision to take a new engine can decide who wins the title this year.

This is because getting another engine means taking grid penalties.

For example, Lewis Hamilton changed the ICE unit and that meant he had a 10-place grid penalty during the Turkish Grand Prix.

Earlier in the season, Max Verstappen had taken a new engine in Sochi. With that, he started at the back of the grid and finished second to Lewis Hamilton.

Will Lewis Hamilton Need Another Engine?

According to Mercedes boss, Toto Wolff, Lewis Hamilton might need another engine.

Toto has been quoted saying that there is a chance Hamilton is going to need another engine before the end of 2021 season.

If this comes to pass, it will be interesting to see the impact that will have on the driver’s championship.

There is a reason why teams are discussing additional engines.

Since 2018, each F1 driver has been limited to using three engines for an entire season. That might have worked pretty well in the past.

However, with a 22-formula one calendar in 2021, it is becoming very difficult to avoid extra power unit components.

While Hamilton has taken new ICE components, he might need to also get new units for the other components.

Hamilton is on his third and final engine. This is the engine he took at the Spa-Francorchamps.

Mercedes will now likely know whether they will use a fourth engine with Hamilton, and thus start a race at the back of the grid. In Turkey, Hamilton started 11th and finished fifth.

It would be interesting to see if Mercedes will take the risk of taking a penalty and starting from the back in one of the remaining races.

The benefit of using an extra engine is you can use it more and push it harder, which could make the difference between winning and losing a race.

Bottas could be more of a factor than he was in previous events, simply because he has a fresher engine for the remaining races compared to Hamilton and Verstappen.

What Taking a New Engine Means to Lewis Hamilton

When it comes to Hamilton taking a new engine, you should consider the following scenarios.

This is what it means;

As you can see, this is a serious decision, and one that will have huge implications.

It is possible that Toto Wolff and his team will look at all possible options before deciding on whether Hamilton will need another engine this season.

When you think about it, taking a new engine is going to have interesting consequences.

This will be both positive and negative impact to Hamilton’s campaign to win eighth drivers’ championship.

The four options of a new engine for Hamilton includes;

The title race for the 2021 season is very tight. Lewis Hamilton and Max Verstappen are separated by only six points after the Turkish Grand Prix.

Changing or taking another engine means taking grid penalties. This could be significant to the championship.

It is therefore very critical that decision to take another engine must be considered with caution.

Another advantage of taking another engine is the fact that Hamilton will have a better and stronger racing car.

There are concerns of reliability from team Mercedes. To avoid a disastrous race results, it would be better to provide Lewis Hamilton with another engine.

It would also mean that he would have a very strong package towards the end of the season.

When you are fighting for an F1 drivers’ championship, any support to increase car’s performance would be welcome to any driver.

I do believe that Lewis Hamilton would appreciate getting a better and stronger engine as he fight to win the 8th championship.

This is a record he would like to break. He would become the first F1 driver ion history to win eight drivers’ championship.

Having another engine at this stage of the season would boost his chances to fight and win the title this year.

As Toto Wolff said a while back, the season could be decided by a DNF by either of the top contenders.

This is the worst case scenario for both Hamilton and Verstappen.

As Mercedes team decides on whether Lewis Hamilton will need another engine, a possible DNF must be on their mind.

Not finishing a race can have far reaching consequences to both drivers’ and constructor’s championship.

In conclusion, understanding whether Lewis Hamilton will need another engine is important.

As far as the 2021 F1 season is concerned Hamilton has already exhausted his engine component’s allocation.

Taking another engine can have huge implications on the title fight with Max Verstappen.

Will Lewis Hamilton need another engine? That is something you will have to just wait and see.

Listening to Mercedes boss, Toto Wolff, there are concerns about reliability when it comes to the engine Hamilton is using at this stage of the season.

As a team, Mercedes would want to avoid changing Hamilton’s engine. I highly doubt they will be lucky with that.