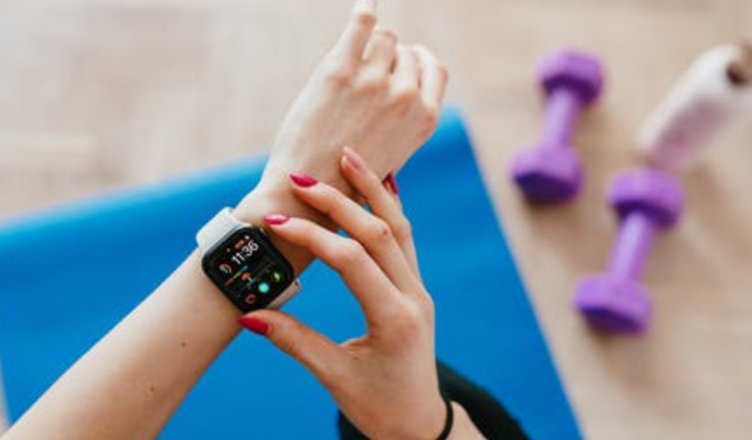 I have always been interested in watches from the time I was a small boy. I remember being intrigued by the watch that my grandfather was wearing. It was golden with a leather strap. Damn, it looked so good to me that I did not think there was any other watch better than it. That was until I got introduced to digital watches later in life. I could not help to wonder; why is the invention of digital watch important?

Going back to my story as a young boy, I knew that the basic function of a watch is to tell time. Well, as it turned out, my grandfather’s watch was just a child’s idea of best watch ever.

This is not going to be one of those posts where I just tell you the reasons why the invention of digital watch is important.

I will try and provide you with information about the invention and evolution of digital watches. Why it matters today and the context of the importance of the digital watch invention in larger scheme of things.

I have your back.

You should know that I am certainly very sensitive to your preferences and tastes in watches. I will not try to impose my preferred best watches to you, but will mention a few just for purposes of our conversation.

When Was Digital Watch Invented

Have you ever wondered who invented the digital watch? It is interesting that before smart watches came around, I used to wear just a normal digital watch to school, and then to work.

Today, digital watches are a common thing that one might not be bothered to ask where it came from.

Back in 1972, a team led by John Bergey of Hamilton Watch company based on Lancaster, Pennsylvania, US developed the first digital watch called “Pulsar”.

In 1968, John was hired to create a futuristic non-analog looking watch for the sci-fi movie 2001: A Space Odyssey.

The first digital watch was invented by George W. Theiss in 1972. It was a Hamilton Pulsar P1 Limited Edition digital wrist watch.

George has been known to be the inventor of the first commercial digital watch. The Pulsar P1 had an LCD screen showing the time.

It used to have a ruby red background. This watch costs $2,100 back then, which is so different from the price of watches you have now.

Why Invention of Digital Watch is Important

In general, inventions of any kind are very important for driving the technological and human progress. We have many gadgets and technologies that are making your live easier.

Think about this; how would your life be without a fridge or washing machine? How about if you did not have telephone or electricity?

These are simple things, but they do make life better.

This is the same case with digital watches. The invention of a digital watch is important to you if you use one. I am sure you made the purchase of your current digital watch because it made sense to you.

Let’s assume that easy and happy life is more preferred than a hard and miserable one. With this, any invention is an attempt to reduce misery and deliver partial easiness. This is why digital watch invention is important.

7 Reasons Why Invention of Digital Watches is Important.

The advent of digital watches are bringing a new era of digital time pieces. They are sleek, sporty and sometime luxurious.

Here are the reasons why invention of digital watch is important to your life;

Now let us look into these reasons why invention of the digital watch is important.

Long ago only rich people could afford to have pocket watches as they were expensive. So there was a need of technology, so that common people can also use them. Digital watches provide an affordable solution to millions of people across the world today.

Digital watches are easy to maintain. They do not need minute or hour hand.

The invention of a digital watch brought precision and accuracy in the telling of time.

Technology makes your life better by providing you with tools that are an improvement of existing devices.

This was not as easy with other clocks as it is with a digital watch.

As other watches needed to rewind their keys after specific time or reset their timings. If you forget to do it regularly you might get the wrong timing.

As the technology progressed, digital watches are providing you with ability to do several things.

Think of sports. Digital watches are able to show timing in seconds, milliseconds and even microseconds. This has helped in many sports for precision of time.

Also, by the time they could also show day, month and year.

As I mentioned above, one benefit of the invention of digital watches is the fact it helps make your life easier.

It is what comes with the many features of a digital watch.

To be able to access all the function, you will an interactive display interface. This is important is keeping you up to date with all the key information and timing.

Digital time pieces are important if you love adventure. This is because you can use it to explore the outdoors.

Features such as weather, water and shock resistance, compass and GPS, customizable alarms and reflector displays mean digital watches are dependable and practical companions for anything from hiking to camping to snorkelling.

Plus, digital watches keep working even when there isn’t enough service for your smart phone to pull up directions.

As some of the most durable timepieces out there, digital watches can handle nearly anything.

You can focus on your performance, never worrying about whether or not your watch will get damaged as you race to the finish line or scale the side of a mountain.

How Does a Digital Watch Work?

Do you know how a digital watch works? How is it different from the analogue watch?

In a nutshell, the main difference of an analogue watch between a digital watch is the display that you see on the screen.

The former has the hands of the clock telling time by point to a number, while the latter gives digits in time format.

A digital watch works by having tiny quartz crystals in the mechanism. These quartz crystals vibrate at a steady rate whenever an electric current coming from the battery is applied to it.

The vibrations then are received by the silicon chip in the watch. These picked up vibrations will be converted to pulses, which, in turn, determine the number that will be seen on the LCD.

So if your digital watch isn’t working, it’s probably because there isn’t any electric current in the battery anymore.

What is the significance of the invention of the watch?

The significance of the invention of the watch was the ability to create a schedule. Once watches were routinely available it became important to establish a standard time reference or time zone.

Without this standard time reference and the ability to track time accurately on the move were vital to the growth and development of railroads. Because trains were able to travel so much faster than traditional modes of travel, it was no longer feasible for each town to keep its own local time. If they did then you could never coordinate a train schedule over any kind of distance. The result would be gridlock.

The pocket watch was key to making all this possible. It allowed conductors to carry their time reference with them between station clocks so that they could remain on schedule in places that did not have stations or did not have a supervised reference clock.

I think anyone who knows anything about history understands the impact that railroads had and still have on society. Without the watch much of that would have been hindered and slowed growth of society.

Why digital watches are so popular

Gone are the days when we used to rely on water clock for measuring time. With the advancement of technology, things are going digital.

That’s why people prefer to wear digital watches today. It has not only become the fashion trends but also a new state-of-the-art watches.

Various companies like Casio, G-shock, Apple has launched a different model in several designs and technological up gradation

What is the future of analog or digital watches after the invention of smart watches?

They will still exist.

Even in times like these , there will be so called ‘idiots’ like me who will go the extra mile to get good luxury watches .

We would do this because we just love watches and love reading and trying to understand them. Everything has its own market

After the invention of the digital watch, why has the cost of a wrist watch increased?

Truth be told, this is a really a good question.

You could even ask why mechanical watches cost more after Quartz showed accurate, reliable watches could be cheap.

The reason is that watches are becoming  a luxury now. Some of the most luxurious watches today;

At the low end, Casio are cheaper now than ever. In the 70s a digital watch was a cool, expensive novelty.

By 2015, some people feared that digital wristwatches had become mostly obsolete due to the fact that many people check the time on their mobile phones. Maybe you also use your phone to check time, right?

Then came the Apple Watch, which merged fashion and function into a smartwatch with a vivid OLED screen that links to an iPhone to display call information, send messages, take health statistics, and more. This goes back to what I mentioned above, the multiple roles a digital watch plays today.

Since then, Apple has updated its smartwatch several times, and other companies have followed. It seems the digital wristwatch has found a new lease on life.

In conclusion, technology is evolving and new things or ways of doing things are getting introduced to the world. That is how the world develops, and humans move forward, through new inventions.

It is the way you also improve your own life, by growing and becoming a better version of yourself.

This shows or it is the reason why invention of digital watches is important. It has made life easier.

Have you ever wondered who invented the digital watch? It is interesting that before smart watches came around, I used to wear just a normal digital watch to school, and then to work.

I am hoping that this post has answered the questions you have had on why invention of digital watches is important. What role the digital watch invention has contributed to the idea of telling time.