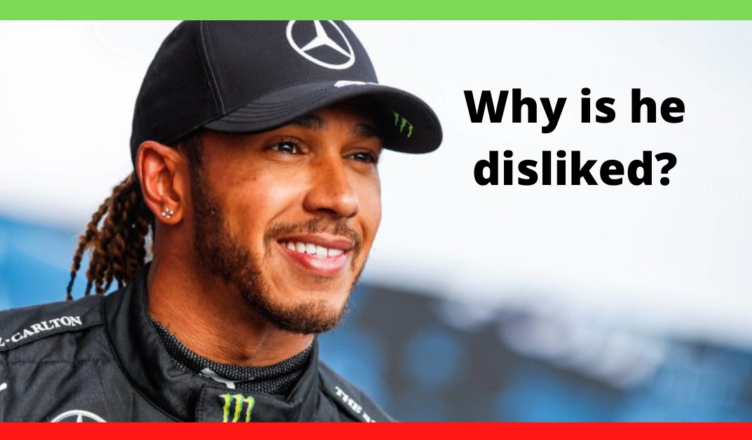 From the day he stepped on to a racing track, Hamilton has always known that things would not be easy for him. It is something he has been aware of, and has learned to deal with it by winning on the track. However, one must wonder; why is Lewis Hamilton generally disliked?

Over the last couple of years, Lewis Hamilton has demonstrated he is a great driver.

He has won seven world titles, and to become a world champion in F1 means you are supremely talented.

It is sad that there are claims that his victory was stolen during the final race of 2021 in Abu Dhabi.

Related; Was Hamilton’s Win in 2021 Stolen in Abu Dhabi?

The decision made by race director on the last lap is considered controversial. It is a bloat that will always haunt the maiden win by Max Verstappen, which is very unfortunate.

While a lot is said about the seven-time world champion, why is Lewis Hamilton generally disliked by some people?

That is what this article will try and look at. It is important to understand some of the issues or factors that contribute to people not liking Sir Lewis Hamilton.

In conclusion, there are various reasons why you might not like a person. The reasons could be legitimate, while in most cases they stem from your own personal biases.

When it comes for formula one racing, you have people who do not like Lewis Hamilton. That is okay, and even Hamilton himself has said he does not mind having critics.

You might dislike Lewis Hamilton because of his success in formula one. He is the one driver who has broken all the records of the top F1 drivers.

One of the recent achievements was surpassing Michael Schumacher’s race wins. Hamilton is now the F1 driver with the most race wins in history.

The thought of Hamilton winning an eighth world championship is another reason people dislike him. Some cannot stand having Lewis as the greatest F1 driver of all time.

You can argue that people have sentimental attachment to what Michael Schumacher achieved. To see all his records broken can make one resent Hamilton.

In a sport that has millions of fans across the world, you are not going to please everyone.

As an F1 driver, you are going to have supporters and also people who dislike you, as Lewis Hamilton might have found.