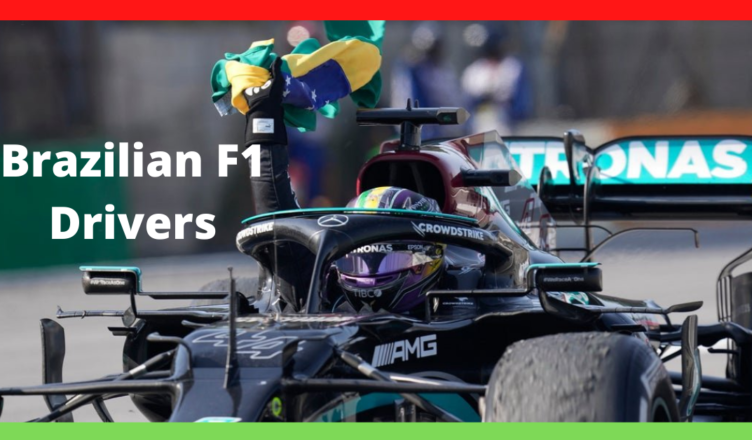 Formula one is pretty popular in Brazil. It is one the places where you feel the energy and positive excitement from the fans. There is a reason for that, and you might even ask; why are there so many Brazilian race car drivers?

This is a question I have also wanted to answer for a very long time. As a formula one fan, I have been intrigued by the place and role of Brazil in formula one as a whole.

Brazil has been deeply involved in formula one from the start of the F1 championships. You might be surprised that the first Brazilian F1 driver was Chico Landi.

Chico took part in one race in 1951 and retired. He only scored 1.5 points in his entire F1 career. You can therefore argue that he was not very successful.

However, he started what would become a powerhouse of Brazilian F1 drivers. They not only won titles, but they dominated the racing tracks.

I hope you are starting to have an idea of why there are so many Brazilian race car drivers. It started a long time ago and that culture has evolved.

While the Brazil Grand Prix was not on the calendar until 1973, it has since hosted some epic F1 races.

The latest one being the Sao Paulo Grand Prix in 2021. In this race, Mercedes F1 driver Lewis Hamilton overcame great odds to win the race. It is argued that was one of the greatest drives by Lewis Hamilton in his formula one career.

Why are there so Many Brazilian Race Car Drivers?

The reasons why you will find many race car driver sin Brazil include;

Let us further explore these reasons below.

Why are there so many Brazilian race car drivers? This is a good question coming from you.

In this section, I am going to share with you three reasons why this is the case.

One of the most popular racing sport in Brazil is their local stock car championship.

You cannot ignore the raw talent that exists in Brazil. The country has a lot of ambitious young drivers who are interesting in being race drivers.

Brazil has a rich history with formula one. This includes some of the greatest F1 drivers.

If you look at the history, you will find that some of the greatest F1 title winners come from Brazil.

This provides the country with a pool of inspiring role models. Young and upcoming drivers can get inspired by these role models.

it is one of the reasons why there are so many Brazilian race car drivers today.

Here are seven of the things that make formula one in Brazil very interesting;

The rich F1 history and the great formula one circuit in Brazil make racing in the country a great experience.

Related: How to Attend Your Next Formula 1 Race

There have been 32 Formula One drivers who have represented Brazil, including three world champions. Ayrton Senna, the three-time title winner, is regarded by many as the best driver in the history of Formula One. Nelson Piquet also won the title three times and Emerson Fittipaldi was a two-time winner

The above are some of the Brazilian F1 and race car drivers. A number of current formula one drivers are inspired by such past drivers as Aryton Senna.

Lewis Hamilton is one of the drivers who get inspiration from Aryton Senna.

In conclusion, Brazil remains a key player in the world of formula one motor sport.

It is my hope that this resource has helped you understand why there are so many Brazilian race drivers.

A number of reasons has contributed to this. You cannot ignore the power of the Brazilian drivers who have won the F1 titles. They have in many ways influenced the rise of race drivers in the country.

As role models, they have inspired the younger race car drivers to dream. It is unfortunate that today there is not Brazilian F1 driver on the grid.

You might be hoping that there shall be a driver from Brazil in one of the F1 seats soon. It would perfect for a country that has so many Brazilian race car drivers.

With the existing huge fan base, having an F1 driver from Brazil would definitely increase the popularity of the sport in the country.