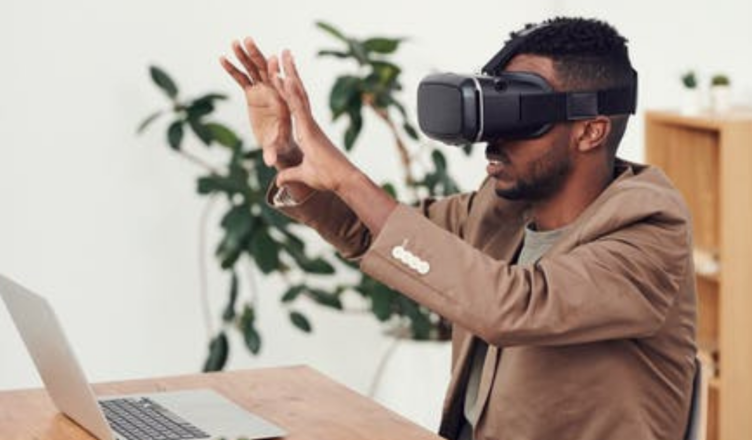 There are good question to ask, and like you, I have wanted to know. It is for this reason that I have been researching, to find out more about augmented reality, it’s uses and application in our day to day lives.

You are in luck, because with this resource, you are also going to learn quite a bit about augmented reality.

Until recently, it was very expensive for someone to use augmented reality to create great user experience.

In today’s world, things are a bit different and you can find augmented reality even on your smart phone.

This means that it is possible for the design for augmented reality to be found in all shapes or sizes. You have the option now.

What is Augmented Reality?

Augmented reality is a view of the real, physical world in which elements are enhanced by computer-generated input.

These inputs may range from sound to video, to graphics to GPS overlays and more.

The first conception of augmented reality occurred in a novel by Frank L Baum written in 1901 in which a set of electronic glasses mapped data onto people; it was called a “character marker”.

Today, augmented reality is a real thing and not a science-fiction concept.

AR can be defined as a system that fulfills three basic features: a combination of real and virtual worlds, real-time interaction, and accurate 3D registration of virtual and real objects.

He was a cinematographer who invented Sensorama which delivered visuals, sounds, vibrations and smell to the viewer.

It was Morton Heilig who first achieved augmented reality.

Another important person to mention with regard to augmented reality is Ivan Sutherland. He developed the first AR technology in 1968.

This took place at Harvard when Ivan created an AR head-mounted display system.

Who invented the term augmented reality?

These early systems superimposed virtual information on the physical environment like overlaying a terrain with geolocal information, and allowed simulations that were used for aviation, military and industrial purposes.

It was developed for advertising purposes by German agencies in Munich. They designed a printed magazine ad of a model BMW Mini, which, when held in front of a computer’s camera, also appeared on the screen.

How does augmented reality work?

So now that you know the meaning of AR, how does it work?

First, computer vision understands what is in the world around the user from the content of the camera feed. This allows it to show digital content relevant to what the user is looking at.

This digital content is then displayed in a realistic way, so that it looks part of the real world – this is called rendering. Before breaking this down into more detail, let’s use a concrete example to make this clearer.

Consider playing an augmented reality board game using a real cereal box as the physical support like in the figure below. First, computer vision processes the raw image from the camera, and recognizes the cereal box. This triggers the game.

The rendering module augments the original frame with the AR game making sure it precisely overlaps with the cereal box. For this it uses the 3D position and orientation of the box determined by computer vision.

Since augmented reality is live, all the above has to happen every time a new frame comes from the camera. Most modern phones work at 30 frames per second, which gives us only 30 milliseconds to do all this.

In many cases the AR feed you see through the camera is delayed by roughly 50 ms to allow all this to happen, but our brain does not notice!

How does AR work?

In practice, this could be anything from making your face look like a giraffe to overlaying digital directions onto the physical streets around you.

What is augmented reality and how does it work today

In practice, this could be anything from making your face look like a giraffe to overlaying digital directions onto the physical streets around you.

Augmented reality can let you see how furniture would look in your living room, or play a digital board game on a cereal box.

All these examples require understanding the physical world from the camera feed, i.e. the AR system must understand what is where in the world before adding relevant digital content at the right place.

This is achieved using computer vision, which is what differentiates AR from VR, where users get transported into completely digital worlds.

How does AR work on phone?

Augmented reality uses your device to blend digital content into the real world. Unlike virtual reality (VR), you won’t need any headsets, goggles, or other extra equipment. Instead, all you need is your device’s camera and an AR app.

Augmented Reality turns the environment around you into a digital interface by placing virtual objects in the real world, in real-time.

Augmented Reality browsers enrich your camera display with contextual information. For example, you can point your smartphone at a building to display its history or estimated value

For each augmented reality experience we need to define some logic beforehand. This specifies which digital content to trigger when something is recognized.

In the live AR system, upon recognition the rendering module displays the relevant content onto the camera feed, the last step in the AR pipeline. Making this fast and realistic is very challenging, particularly for wearable displays like glasses (another very active area of research).

Another way to explain how AR works is to consider computer vision as inverse rendering. Intuitively, computer vision recognizes and understands the 3D world from a 2D image (there is a face and where it is in the 3D world), so that we can add digital content (a 3D giraffe mask anchored to the face) that is then rendered onto the 2D phone screen.

AR is a very active field, and in the future we expect to see many exciting new developments. As computer vision gets better at understanding the world around us, AR experiences will become more immersive and exciting.

Moreover, augmented reality today lives mostly on smartphones, but it can happen on any device with a camera. When enough computational power will be available on AR glasses, we expect this medium to make AR mainstream – enhancing the way we live, work, shop and play.

Why does AR need computer vision?

While our brain is extremely good at understanding images, this remains a very difficult problem for computers. There is a whole branch of Computer Science dedicated to it called computer vision.

Augmented reality requires understanding the world around the user in terms of both semantics and 3D geometry.

Semantics answers the “what?” question, for example recognizing the cereal box, or that there is a face in the image.

Geometry answers the “where?” question, and infers where the cereal box or the face are in the 3D world, and which way they are facing.

Without geometry, AR content cannot be displayed at the right place and angle, which is essential to make it feel part of the physical world. Often, we need to develop new techniques for each domain.

For example, computer vision methods that work for a cereal box are quite different from those used for a face.

What is the future of AR?

Who Invented Augmented Reality and Where can it be used?

The invention of augmented reality brings with it numerous benefits. The technology can be used for various reasons that include;

The above are some of the benefits of augmented reality. I would like to discuss these further with you below;

Augmented reality is a powerful tool for retail, as it allows customers to see a three-dimensional image of the product in their environment, evaluate its appearance in full size, try on how this object will look in the room, and more.

Besides, to gain experience interacting with your products, the buyer does not need to install additional software as everything is available on the smartphone.

Moreover, it has already been proven that the use of augmented reality significantly increases the number of sales.

According to Shopify interactions with products having 3D / AR content showed a 94% higher conversion rate than for products without AR / 3D.

In the first case, AR navigation systems work as virtual guides and show information about real objects while hovering a smartphone on a certain object, as well as direct you along the route. Isn’t that cool!

Also, AR guide can lead you inside large buildings, such as shopping malls or airports. Besides, for owners of commercial buildings, such applications are another available advertising space.

Moreover, augmented reality navigation can perfectly work even in an apartment or house.

Using AR, you can give guests a full 3D home tour with the press of a button.

The possibilities of Augmented Reality in Healthcare are less than in Virtual Reality, but they are still very notable.

Let’s start with the fact that augmented reality allows you to make the training of medical staff more interactive.

It makes the process of on-boarding new equipment faster and more comfortable because to find out how this or that part of the medical device works an HCW only needs to point the smartphone camera at instead of checking the manual.

Besides, AR apps can be used for treatment. For instance, scientists have already proven the effectiveness of augmented reality applications that treat phobias. Read more about it here.

The main function of augmented reality is to intertwine with the real environment and add virtual but life-like elements. It is very effective for demonstrating future results in Construction, Interior Design, Retail, or Medicine.

Thus, you can give home buyers the ability to see how their future house will look like, how a new sofa will look in your room, or see what your smile will look like after a visit to the dentist.

Augmented reality makes it all possible!

In conclusion, you now know who invented augmented reality, how it works and possible real-life application of this technology.

there are several benefits of augmented reality that includes better user experience, in medical fields, visualization as well as in navigation.

Augmented reality technology presents you with an opportunity to explore the limits of digital inventions.