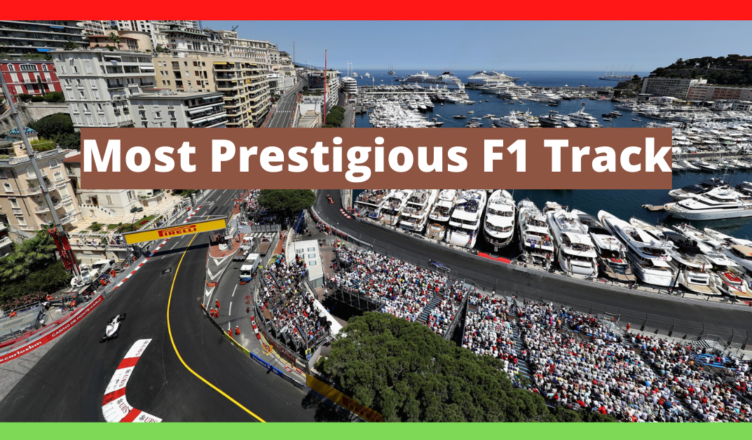 In every formula one season, there are several F1 races worth attending. As an F1 fan, you might be planning to go and watch your favourite F1 driver competing at a circuit. While you can enjoy racing at any of the over 20 tracks, you might be wondering; what is the most prestigious F1 race?

All tracks are not created equal. Some are considered more prestigious than others.

These are the races where any F1 fan would truly like to attend. You might even have a goal of visiting the most prestigious formula one race this season.

What is the Most Prestigious F1 Race?

Monaco Grand Prix is the most prestigious F1 race in the calendar today.

It is considered to be one of the most prestigious and popular formula one race to attend.

This formula one race is held around the streets of Monaco municipality, and the world’s second-smallest country.

Interestingly, many F1 drivers consider the country prestigious and live or have houses in Monaco.

Related: Why Do So Many F1 Drivers Live in Monaco?

Monaco Grand Prix has taken place over 61 times in the F1 championship. It is a street race, that uses the roads within the municipality.

In fact, many consider it to be old-school, without the modern day racing safety features.

However, the race has remained in the calendar simply because it is Monaco.

It brings prestige and glamour to the sport. That is why Monaco Grand Prix is considered the most prestigious F1 race.

Monaco Grand Prix is considered the most prestigious F1 racing event of the year. There are several reasons why this is the case.

In this section, I am sharing with you top 5 reasons why Monaco is the most prestigious.

In formula one, Monaco Grand Prix has been part of the racing itinerary since the 1950 when the championship began.

All formula one drivers look forward to winning at this track. It is considered a jewel in F1.

Some of the drivers who have won at Monaco include Aryton Senna, Michael Schumacher and Lewis Hamilton.

In 2021, Max Verstappen made his maiden win in Monaco.

The location of the Monaco municipality it stunning. It is one of the most spectacular cities in Europe.

When you visit the city, you will find it has tight streets which create the perfect track for the drivers.

The F1 cars usually drive along the harbour fronts, climbing up roads built into cliffs of the Mediterranean.

The layout of the Monaco formula one track is the ultimate test and challenge for F1 drivers.

It is worse today because the F1 cars are wider than the older versions of the racing cars.

This makes it very challenging to overtake, and a small mistake can have a car on the barriers.

This track is also the shortest. At just 2 miles long, it is the shortest circuit but has steep hairpin turns and breath-taking chicanes.

On a race weekend, Monaco host A-List celebrities. The bring the glitz and the glamour to the city.

It is also worth noting that Monaco is home to some of the wealthiest people in the world. This includes F1 drivers who love to live in Monaco and have house in the city.

The guest and visitors who come to watch the race in Monaco are entertained in the premier hotels, as well as the yachts in the harbour.

These yachts are transformed into party boats for the entertainment after the race.

Presence of Charles Leclerc also adds to the flavour as he is Monegasque.

In Monaco, the glamour and prestigious nature of the Monaco Grand Prix includes the support from the royal family.

It is one of the best things you get with Prince Albert attending the race in person with his wife, Princess Charlene. This has been part of the tradition. Prince Albert follows in the footsteps of his parents, Prince Rainier and Princess Grace who also participated at the Grand Prix in Monaco.

You should find ways to attend a formula one race in Monaco.

In conclusion, it is such a great sense of achievement if you can be able to attend Monaco Grand Prix, the most prestigious F1 race.

When it comes to actual racing, it is usually not a great spectacle. There are few opportunities to overtake, and the race ends up being mostly a procession.

A number of people do not like the Monaco Grand Prix, but us has remained as one of the most prestigious F1 races on the calendar today.

If you look at the Monaco circuit today, you will realize trhat it was not designed for current modern F1 cars.

A formula one driver is required to be very careful and precise when driving on the Monaco streets. One simple error and the car will be on the barriers.

However, it is good to note that Monaco Grand Prix provides you with a unique combination of tradition, ambience and a historically challenging F1 track.