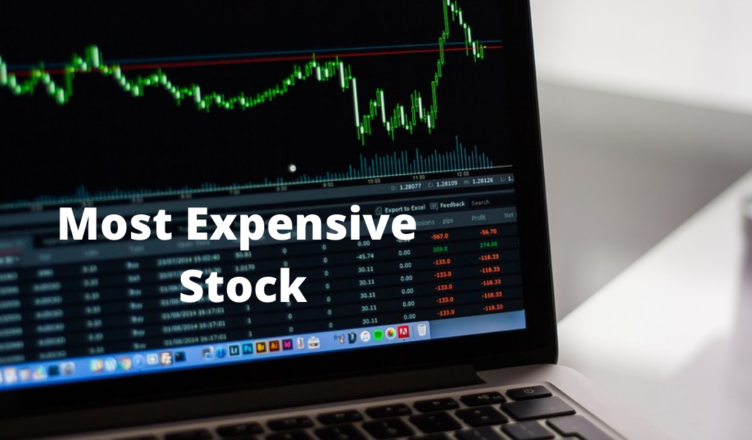 In the world of investing, the idea of a stock or share is a very common one. It is one instrument that companies use to raise equity funding from either private or public entities including individuals. However, do you know the most expensive stock in the world today?

What is the most expensive stock in the world?

Berkshire Hathaway is the most expensive stock in the world today. The company’s share price closed at $335,779 on 22nd December, 2020 and with a market capitalisation of $521.99 billion. It has continued to maintain the first position as the most expensive share in the world. The company, mostly known because of it’s association with investor Warren Buffett, hit an all-time high of $352,500 in the last 52 weeks.

If you are a keen follower of the stock market dynamics and investing in general, then you know that you can make or rather earn some good money by investing in growing companies.

However, given the market dynamics are sometimes unpredictable, it is good to mention that you could also lose your investment if you make the wrong choice of the stock you buy or sell.

For example, if you buy a stock for $40 today, and it’s price rises to $90 in an year or over the next couple of months, your profit would be $45 or about 50% of the invested funds.

It is therefore safe to say that you make money or a profit when you buy a stock at a low price, and sell that stock at a higher price. If you were to sell the stock at a lower price than your purchase price, then you would make a loss, thus losing money.

What is the Most Expensive Stock of All Time

Stock price is an indicator of a company’s market value, but the price of a share of stock will also depend on the number of shares outstanding. The reason why certain stocks are priced so high is usually due to the company having never or rarely having completed a stock split.

There are many ways to evaluate a stock in addition to its absolute share price. Here, we take a look at some of the largest companies in the U.S. and abroad.

Who has the highest stock price right now?

Berkshire Hathaway has the highest stock price in the stock market right now. At around $335,779 per share in the New York Stock Exchange, it is the stock or share with the highest pricing.

Berkshire Hathaway has the highest-priced shares of any U.S. company, and is also one of the largest companies in the world, consistently ranking in the top 10 by market value.

Berkshire was originally a textile company, but was bought by Warren Buffett and is now a holding company for his investments. Among its many holdings are the GEICO insurance company, the BNSF Railroad, and the Lubrizol chemical company. As its CEO, Buffett has famously resisted splitting Berkshire’s shares, something companies normally do to make it easier to trade their stock.

Buffett instead has kept the price high to make it harder to trade, and thus discourage short-term trading which would increase the stock’s volatility.

However, in 1996, Berkshire launched a new share class (BRK.B), which has a lower price. This allows people purchase much smaller chunks of the company. They currently trade for a much more accessible $176.22.

Why Berkshire Hathaway stock is so expensive?

The main reason why Berkshire Hathaway Class A stock is priced so high is that the company didn’t decide to split its stock.

As a result, the price of each share has risen along with the immense growth of the holding company over the past decades and is now the most expensive publicly trading stock

On a pure market valuation measure, Apple is the most valuable company of all time. Although Amazon did briefly hit the $1 trillion market cap mark in Sept. 2018. It is certainly possible another company’s market cap will exceed Apple’s, and maybe, though less likely, another company will surpass Berkshire Hathaway as the most expensive single stock in the world.