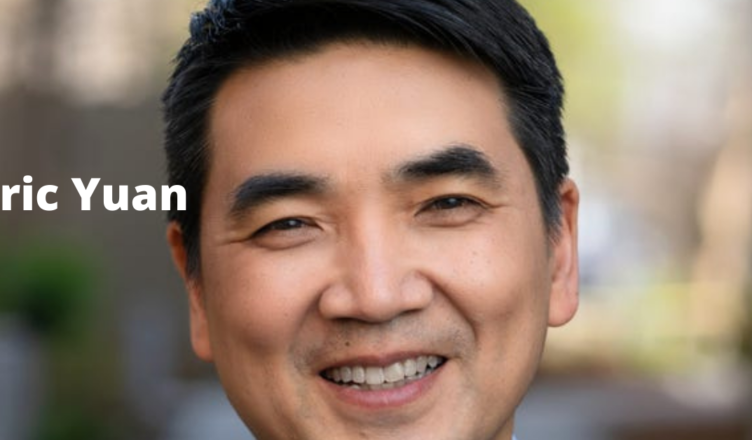 The use of zoom has been on the rise in recent months. If you are like me, this is one virtual tool or platform that you have learn to use.

I had to learn how to use zoom for my online meetings pretty quickly. It has proved very useful. As I had breakfast today, I wondered; what is the hometown of Eric Yuan?

What is the hometown of Eric Yuan?

The hometown of Eric Yuan is Tai’an, Shandong Province in China. Eric Yuan is the founder and CEO of Zoom. He lived in China until he was 27 years old. Yuan is the son of geology engineers. He’s birthplace is in Tai’an, which is his hometown.

Zoom or Zoom Communications, Inc. is not a Chinese company at all but in fact, an American company founded by Chinese-American billionaire Eric Yuan. It is headquartered in San Jose, California.  Yuan, who is also the CEO of Zoom, holds American citizenship.

He studied both Masters and Bachelor Degrees in his home province of Shandong and married at a young age of 22.

Yuan immigrated to the U.S. from China in 1997 while he was living and working in Beijing. His visa applications were denied 8 times in a row over a 1.5 year period, but he kept persisting. On his 9th attempt, he was successful.

Yuan moving from his hometown to Silicon Valley

In 1997, Yuan landed his first job in Silicon Valley as one of the first software engineers at a young company called WebEx.

In 2007, the firm WebEx got acquired by Cisco Systems for USD $3.2 billion in a public takeover. He stuck with the company as it grew from just 10 engineers to 800 worldwide.

In 2006, prior to the acquisition, Eric completed an MBA from Stanford Business School. Yuan went on to become Vice President of Engineering, running engineering in the WebEx business.

Post the acquisition, Yuan wanted to rebuild the WebEx product from the ground up. However, Yuan wasn’t successful in convincing his bosses to let it happen. “So I left Cisco to build that next generation solution of Zoom.” Yuan said later in a Forbes interview.

In June 2011, after being with WebEx for 14 years, Yuan left WebEx to start his own competitor business.

The Early Days at Zoom

The company was incorporated April 2011 in the State of Delaware and was originally known as SaaSbee. SaaSbee raised a total of $3 million in seed funding from people like former WebEx CEO, Subrah Iyar and Yahoo Co-founder, Jerry.

The Starting of Zoom

The startup later changed its name to Zoom Video Communications, Inc in 2012.

In August 2012, Zoom launched their first version of the product.

Eric Yuan as a Zoom Founder

In some ways, Yuan is also not your typical Silicon Valley Founder and CEO.

He started the company when he was 41 years old — an age that is definitely higher than the typical age of Silicon Valley’s entrepreneurial cohort.

Yet given this, Yuan has had outstanding success in turning his company into a global tech unicorn.

Fundraising and IPO for Zoom

According to Crunchbase.com, Zoom Video Communications has raised a total of $146 million over 6 separate fundraising rounds.

In 2019, they listed on the NASDAQ and as Forbes highlights in their 2019 article, Zoom is one of the rare tech unicorns that has completed an IPO while still being profitable.

The company has consistently achieved a market cap of over USD $10 billion since IPO.

What is the hometown of Eric Yuan and What is Zoom?

Zoom is a cloud-based video communications app that allows you to set up virtual video and audio conferencing, webinars, live chats, screen-sharing, and other collaborative capabilities.

You don’t need an account to attend a Zoom meeting, and the platform is compatible with Mac, Windows, Linux, iOS, and Android, meaning nearly anyone can access it.

In short, a big part of Zoom’s appeal is simplicity. It’s easy to get started, the app is lightweight, and the interface is relatively intuitive to use with popular features like Gallery View — a mode that allows you to see every person on the call at once — built right into the app.

The company is now worth $35 billion, The Financial Times reported. Zoom has over 30,000 corporate clients including Samsung, Uber, Walmart, and Capital One, according to Forbes.

When Eric Yuan graduated with his master’s degree, he lived in Beijing and also attended a training program for four months. He inspired by Bill Gates who spoke in Japan in 1995 to move to Silicon Valley in 1997 and joined the tech boom.

Upon arriving in the US, Yuan joined WebEx, a web conferencing startup, where he was one of the first 20 hires. The company is then acquired by Cisco Systems in 2007, at which time Yuan becomes vice president of engineering.

In 2011, Yuan pitched a new smartphone-friendly video conferencing system to Cisco management. When the idea was rejected, Yuan left Cisco to establish his own company.

In 2019, Zoom became a public company via an initial public offering at which time Yuan became a billionaire. His wealth has increased as Zoom has benefited from the shift to online work and teaching.

Yuan married his girlfriend Sherry at age 22, while he was a master’s student at China University of Mining and Technology in Beijing. They have three children and live in Santa Clara, California. Yuan became an American citizen in 2007.

How old is Eric Yuan?

Eric Yuan, 50, is one of only a handful of Chinese Americans to lead a major Silicon Valley company. Yuan was born in China’s Shandong province, according to The Financial Times. Yuan’s parents were mining engineers, according to Forbes

How much is Eric Yuan worth?

The company makes its money from sales of subscriptions to its platform, of which there are four tiers it currently offers. The first is its free tier, which it calls Basic; that one comes with the ability to host up to 100 participants, an unlimited number of meetings and 40 minute limit on group meetings.

Is Zoom ownership by Chinese?

Zoom or Zoom Communications, Inc. is not a Chinese company at all but in fact, an American company founded by Chinese-American billionaire Eric Yuan. The headquarter is in San Jose, California and Yuan, who is also the CEO of Zoom, holds American citizenship.

What is the hometown of Eric Yuan? Interview with CNBC