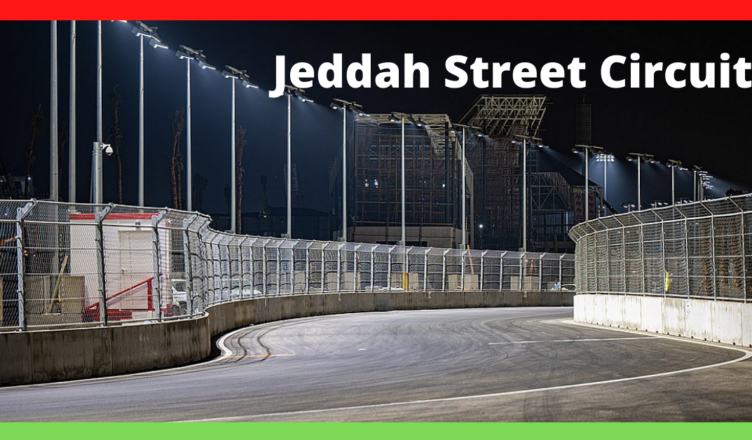 It is very good to see formula one sport expanding into new places. These are places that have not held F1 races in the past. One such location is Saudi Arabia, which will host formula one races from 2021 to 2023 as the signed agreement. The Saudi Arabian Grand Prix, which will start at the Jeddah Corniche Circuit is new to teams, F1 drivers and fans.

It is the first race in Saudi, at a road circuit on the streets of Jeddah Corniche. This runs alongside the Red Sea.

The Grand Prix in Saudi Arabia is worth about a whooping $500 million. It is understood that the rich gulf state is paying $50 million a year.

It is important to remember that the actual track will be built at the 130-square mile upcoming city of Qiddiya. This is in the south-west of the capital Riyadh.

Why Formula One in Saudi Arabia?

For you to understand why Saudi Arabia is investing in formula one, you should look at the background to the decision.

Across the world, Saudi Arabia is well known for their oil resources. In fact, Saudi Aramco, the country’s national oil company, is one of the wealthiest oil companies in the world and a major sponsor in F1

However, over the last couple of years, Saudi Arabia has been trying to reduce the over reliance on oil revenues. This means they are creating and developing other segments of their economy.

Sports have been identified as one area where they can invest in, and generate a great return on their investment. It is part of their bold ‘Vision 2030’.

Qiddiya is where the permanent formula one track will be built. It forms the central pillar of Saudi Arabia’s new attempt to diversify the economy.

There are other sports such as football, golf, tennis, cycling, horse racing and boxing which are part of their growing investment into sports.

One of the biggest events to be staged in Saudi Arabia, was ‘The Clash of the Dunes’ fight between Anthony Joshua and Andy Ruiz Jnr.

As formula one starts racing in Saudi Arabia, it will be interesting to see how the popularity of the sport will grow in the country.

Where is the Jeddah Street Circuit?

If you are interested in knowing where the Jeddah circuit is, you are in lucky today.

It is located in Jeddah’s Corniche area which is about 12km north of the city centre. You will find that the track skirts Red Sea and also encircles a water lagoon.

Specifically, the track is located on the 7897 Al Kurnaysh Rd, Ash Shati District part of Jeddah.

This should make racing on this street circuit very fun and interesting. I hope we won’t see any F1 car skidding into the waters.

The Jeddah Corniche Circuit is essentially a place holder for a permanent course planed for 2023 at Qiddiya, near the capital Riyadh. Jeddah will also host the 2022 Saudi Arabian GP on March 27.

As you plan to attend or visit this circuit, you should know that the King Abdulaziz International Airport is located nearby, about 25 minutes drive from the circuit location.

How long is the Jeddah Street Circuit?

This track has 27 corners, with long straights and it is expected to be the fastest tracks in F1 history.

It is a racing track that passes through the seafront Corniche. When you look at the existing formula one racing track on the schedule, Jeddah street track is now the second-longest circuit in F1.

The only other longer circuit than Jeddah is the Spa-Francorchamps in Belgium.

Who designed the Jeddah Street Circuit?

This track is very new and modern. It is great to see that a track can be constructed in less than eighteen months.

Jeddah street circuit has been designed by Carsten Tilke, who is the son of the renowned F1 track designer, Hermann Tilke.

However, other teams have been involved or contributed into this project. This includes the F1’s technical experts and also Saudi Arabia’s motorsport team.

If you look at the work that have been done, it is clear a lot of premium was put to ensure close racing and plenty of excitement.

Has F1 ever raced in Saudi Arabia?

The inaugural formula one event took place on the first week of December in 2021.

It is the first-ever Saudi Arabian Grand Prix.

According to the designer of the track, the circuit in Jeddah promises to be extraordinary.

This will form the benchmark of future formula one track. It will be the longest and the fastest street circuit in formula one history.

In conclusion, having an F1 race in Saudi Arabia is a great step towards increasing the presence of the sport across the world.

During the 2021 F1 season, a street race in Jeddah would be hosted at a temporary circuit. This would change into a more permanent race track at the city of Qiddiya.

Saudi Arabia signed a 10-year deal to host formula one, and that means you are going to enjoy races until 2023. It is possible that there shall be an extension of this deal.

It is going to be interesting to see the role F1 motorsport is going to play in promoting Saudi Arabia’s culture and people over the next decade.

With existing initiatives to promote diversity and inclusivity, it is possible that this issue will come up at some point. As you continue to learn more about Saudi Arabia, and possibly even visit to watch the race, keep this on your mind.

Racing in Saudi Arabia promises to be a great adventure. It is going to be the second-longest track or circuit in formula one.

Related: Which is the Most Prestigious F1 Race?