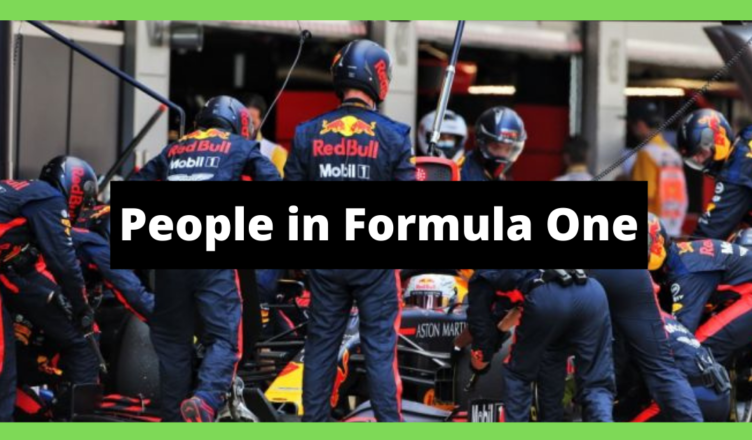 When it comes to sports, it makes a lot of sense to have a team. That means that you are working with other people to achieve the same goal or objective. F1 is definitely a team sport. So, how many people work for a formula one team?

It is possible that the formula drivers are the most popular members of a team. This is simply because they are in most cases the people fans know.

It is also easy to know the names of the F1 team such as Mercedes, Ferrari, Red bull or McLaren among other teams.

However, what you might not be aware of are the hundreds of other people who work for the formula one teams.

These are people who work behind the scenes and provide the supportive function to the smooth running of the F1 racing team.

You are justified if you are still wondering; how many people work for a formula one team?

When I started following formula one racing, I had the same question. It took me a while to fully understand the depth and breadth of an F1 operation.

In this article, you will also understand and learn how many people work for and within an F1 racing team.

How Many People Work for an F1 Team

A formula one team usually has a huge team of people and can range from 500 to 3000 people.

The number of people working for a formula one team depends on the size of the team and financial capacity.

Bigger teams like Mercedes, Ferrari and Red Bull have a huge workforce. They are spread across their various sites including the factories.

When you look at smaller teams, they have fewer people who work for them.

As the F1 racing evolves under the new financial cap regime, you will find that teams will have almost same number of people working under the racing team.

People Who Work for a Formula 1 Team

There are over one thousand people who work for a formula 1 team. You will find them spread across various departments, divisions and offices across the world.

However, there are a few key people who work within an F1 team, based on the role they play in the organization.

When considering how many people are working for a formula one team, you must include the above key individuals.

7 Key People Working for a Formula One Team

They play a very big role in the success of the entire team. However, it is important to note they are just a part of bigger cog that makes formula one racing work for a particular team.

This is the person who is the overall leader of an F1 team. Every business needs a leader, and in formula one teams, a team principal is the one who plays that role.

You will find them in all races, and will appear in media interviews almost in all racing weekends.

While F1 is considered a sport, it is also to remember that formula one is a business. In fact, it is a big business.

A commercial director is the person who is in charge of the commercial interests of an F1 team. This includes sponsorship deals as well as partnerships with other brands.

This is a very critical person when it comes to a formula one team. He or she is the person in charge of the activities geared towards design and construction of the F1 car.

Every team has aerodynamicists as part of the people who work for a formula one team.

The role of the head of aerodynamics is to work on the flow of air around the car, the shape of the car and making the air flow more smoothly to gain more speed or down force during a race.

Aerodynamics plays a very big way in how an F1 car operates and performs.

When it comes to formula one, the chief engineer is basically the architect of an F1 car.

The person in this role ensures that the team makes the right trade-offs between the various departments or areas of performance.

It is important to ensure there is very little compromise in the overall performance of the car.

There are various mechanics within a team. Some remain at the factory, while others go with the team to each racing event.

In most teams, the drivers are the most known to many. They are the people who drive the car on the track and ensure the team score points.

There are 20 drivers in formula one, with each team having 2 main drivers. However, it is possible that the team might be having a reserve driver as part of their team.

Key Departments in a Formula One Team

Every organization has departments or divisions that deal with various functions. It is the same with a formula one team.

In fact, most formula one teams are part of a larger business or are sponsored by a major business. Think about Mercedes or Red Bull F1 teams that are supported by Mercedes and Red Bull businesses respectively.

In this regard, you will find the following key divisions or departments within an F1 racing team.

It is possible you will find these in each of the formula one team.

To be able to understand and know how many people work in an F1 team, these departments will help you to learn what they are doing.

In conclusion, an F1 team usually employs many people. These are deployed across various departments to handle different functions.

You will find those who work within the formula one team divided into two major roles. These include commercial and technical roles.

As mentioned, a formula one team has a race team of about 50 to 75 people. These are the people you might see at the race track.

However, you should consider other team members, who might bring the total number of people working for an F1 team to above 1000 across various locations.

In every business or organization, the human resources are the most critical to the success of the business. It is the same to a formula one team.

Having the right kind of people, in the right place is going to help you achieve success in formula one racing.

Teams within F1 racing are known to take care of their employees with good salaries, compensation and other benefits.

It would be great for you to understand how formula one makes money. With that information, you will be able to have an idea how many people work for a formula one team.