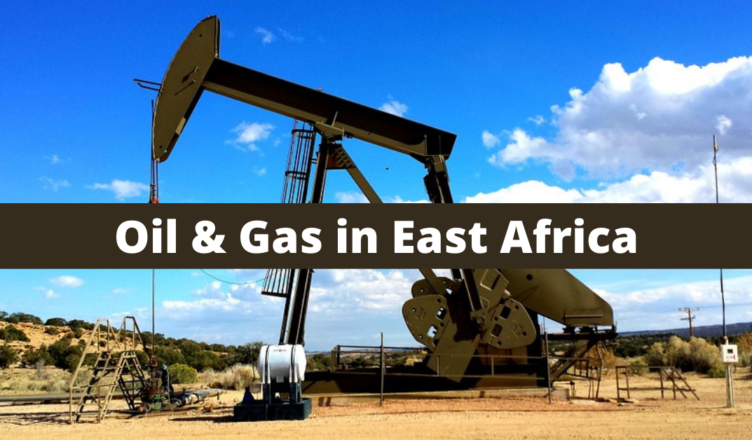 As an entrepreneur or a service provider, this is one part of the world you really should be aware of and be interested in today. There are numerous opportunities that you can get involved in.

The reason I am saying this is because Uganda discovered oil back in 2006. It was one of huge oil discoveries in the East African region, which was made in the Albertine Graben area in Hoima, Uganda.

Kenya, also an East African country discovered oil in 2013 at Lokichar in Turkana region. This was a few years after Uganda. Interestingly, both discoveries were made by Tullow Oil.

Tanzania, the other major player in East Africa has not discovered any oil deposits. However, the country has been producing gas since the 1970s.

The first natural gas discovery in Tanzania was made in 1974 on the Songo Songo Island of Lindi region. This was followed by a second gas discovery at the Mnazi Bay in Mtwara region in 1982.

Natural gas in Tanzania was discovered both offshore and onshore at Songo Songo, while the gas discovery at Mnazi Bay was only onshore.

A lot has changed since then.

Given the above information, it is fair to say that oil and gas industry in East Africa has infrastructural needs in the region.

To get the discovered oil to the market, it is necessary to have production facilities in place, as well as crude oil export pipelines.

Another important part of this pie is the refinery.

East African region has had refineries in the past, but is currently non-operational or have been converted to other uses.

If you did not Know, Kenya has had a refinery at the port of Mombasa at a place called Changamwe. However, this facility, Kenya Petroleum Refineries is now a storage facility under the management of Kenya Pipeline Company.

The key oil and gas infrastructure components in East Africa should include;

The rise of oil and gas industry in East Africa is a great opportunity to develop the above infrastructure. The recent signing of agreements in Uganda is the start of what promises to be great story.

Oil and Gas infrastructure and Logistics in East Africa Region

Resurgence of hydrocarbons search in the East Africa region is mainly due to the proximity of emerging countries like China and India.

These countries have enjoyed an economic boom establishing themselves as big consumer poles for petroleum products.

While waiting for East African petroleum products demand to grow to justify expensive investment in transformational infrastructure like refineries, petrochemical and natural gas plants, it is essential to build infrastructure to take discovered oil from deep inland to the coast for export.

Revenues from oil exports will in turn boost the regional economies to create more opportunities for local consumption of petroleum products through derivatives industries.

The one key infrastructure that is most needed to enable effective export of crude oil is the pipeline or a network of oil pipelines.

In my opinion there are three potential major projects that will help with the economic integration of the east African countries.

These projects would involve all stakeholders’ countries in the region to be shareholders, preferably in all projects.

A room would be left for international partners to also participate in the projects. The projects would be implemented through Public – Private – Partnerships (PPP) and would be executed using Build, Operate and Transfer (BOT) arrangements among other financing methods.

The participating countries would work out an equitable mechanism to open employment in the projects to manpower from the respective countries.

The first project is the pipeline to transport crude oil from producing sites to the Indian Ocean coast.

This pipeline, which can extend as far as the eastern DR Congo, should have provisions to form a reptile like pipeline system that will collect production coming from sites of future onshore oil discoveries.

Although I have my own preference for the route of the various crude oil pipelines, I will leave it to the regional political leadership to make a decisions on the route taking into account national and mutual interests, experts’ advice, security considerations and cost implications.

Even though Uganda has decided to transport its crude oil through Tanzania to the Tanga Port, regional integration in terms of pipelines still remain possible as there are many other players in the region.

With Tanzania already producing gas, it is possible to use the same route to have a gas pipeline from Tanzania to Uganda.

At this point, it is important to let you know that Total, Uganda and Tanzania signed the Tripartite Agreement on 11th April, 2020 in Kampala, Uganda.

The signed host government agreement (HGA), tariff and transportation agreement (TTA) and shareholder agreement (SHA), which now allow the projects to proceed to the construction phase.

Total can now an award the EPC contracts for the construction of the 1,445km crude oil pipeline from Hoima to the port of Tanga.

The final investment decision (F.I.D) from Total is now expected at any moment.

I am very glad that this has taken place. It removes a great deal of uncertainty on the development of the Uganda-Tanzania crude oil pipeline as well the upstream developments.

The second project is the pipeline to transport refined petroleum products from the Indian Ocean coast to the participating countries. The existing pipeline from Mombasa to Eldoret can be upgraded and extended deep into eastern DR Congo to service several countries.

The third project is a big and modern refinery.

The idea behind this project is noble and I do fully support it. I know some have argued the economic case against it.

However, you have to think of this in the broader and larger picture perspective.

Africa should not just be an exporter of raw materials, while importing finished products produced from the same raw materials the continent exported.

It is important to find the right mix between what international investors want, and what is good for the local or host country.

With regard to Uganda Oil Refinery, there are proposed pipeline projects that will facilitate movement of products from the refinery to the neighbouring East African countries.

This means the refinery can supply Kenya, Tanzania, Rwanda and Eastern DRC.

It is preferable to have this refinery located at the coast so that it can use the refined products pipeline to supply the countries in the region, and also provide a possibility to export by sea finished products to other countries for increased revenues.

Other projects like a petrochemical plant and a power plant using gas can be added to the three projects above to further enhance economic integration of the region.

Implementing this kind of projects is not new to the East African region.

Countries in the East Africa region should take inspiration from the two projects jointly executed by Tanzania and Zambia more than 40 years ago.

These two projects are;

Contrary to North and West Africa, oil and gas upstream industry is new in the East Africa region.

At this stage, most indigenous people and businesses involved in hydrocarbons prospection in the region are pioneers of an industry poised to grow bigger.

Now that oil and gas have been discovered in the region, there is need for a long term approach in educating, training and upgrading the skills of potential manpower, both blue and white collars.

One way to achieve this is to incorporate in the post-secondary and university education curricula, specific geo-science and petroleum engineering modules related to upstream oil and gas industry.

This should be coupled with hands-on experience through internship placements in oil and gas companies with solid footing on the ground in the region.

The ministries in charge of oil and gas in the respective countries should spearhead the education effort and obtain concurrence from the international oil companies (IOCs).

It is good to know that this is happening in Uganda, Kenya and Tanzania. Local content is becoming a real thing now.

Local businesses in the region should make an effort to identify and understand the needs of the oil and gas upstream industry. Thereafter, you should make necessary investment in people and equipment.

In addition, you should put in place strategic alliances with experienced international players in order provide adequate services to the IOCs.

It is at this cost that a legitimate content will be put in the “Local Content” concept.

But, providing services alone is not enough. It is a good start.

What the region needs to see in the mid-term and long-term, is to have indigenous companies set up as operators and eventual producers of oil and gas, as well as oilfield service providers.

We have cases of local companies that are making an effort towards this.

I am thinking of companies like Tsavo Oilfields, Bentworth Energy and Teclab Uganda among others.

This will not be easy as the upstream industry is capital intensive and very risky. Moreover since oil and gas have been discovered in the region, the stakes have been raised and exploration acreage has become expensive.

It is no longer awarded on the first-come first-serve basis but rather through licensing rounds with competitive bids.

As a result, indigenous businesses with limited financial and technical capabilities will not be able to compete with majors like ExxonMobil, Shell, Chevron, BP and Total.

This would be similar in the case of large independent oilfield service companies.

Therefore the governments in the region need to put in place incentive programs to encourage indigenous companies to enter the upstream industry with the potential to become operators one day.

Here is how I see things.

The governments would, without renouncing the bidding mechanism for IOCs, use their discretionary power to award a number of blocks to deserving indigenous companies at preferential terms to be defined.

“Deserving companies” would be companies willing to take some risks and with sufficient funds to sustain a minimum organization including a geologist and a geophysicist for the duration of the exploration period.

The deserving company will be obliged to identify a farm-in partner with technical know-how and financial muscles to form a venture to embark on oil and gas exploration.

This will also be a way to ensure technology and know-how transfer from the farm-in partner to the deserving company.

In case oil is discovered and produced, 30% stake will represent a lot of financial resources that will boost the chances of the deserving company to establish itself as a potential operator down the road.

If the deserving company fails to meet the stipulated obligations and commitment, the government would automatically retrieve the block from it and decide on the way forward.

In conclusion, the latest developments and oil news from Uganda has created a huge interest in oil and gas projects in the region.

I have seen and received calls from representatives of companies from across the world. It is clear that many want to be part of the upcoming crude oil pipeline projects in the region.

Total is going to invest anything between $10 billion and $15 billion in the upstream development in East Africa.

I am particularly excited for the potential that oil and gas projects in East Africa provides for local businesses that are ready to be part of the ecosystem.

Having said this, I know that there are regional national state owned companies involved in oil and gas exploration and production.

So far, they have demonstrated leadership and a willingness to be part of the emerging upstream operation in their respective countries.

But, it is important to note that the outcry about oil resources becoming a curse for most African countries is due to Kleptocracy, mismanagement and rampant corruption within the state owned oil and gas companies.

I am optimistic that it will not be the case in East Africa’s oil and gas industry.