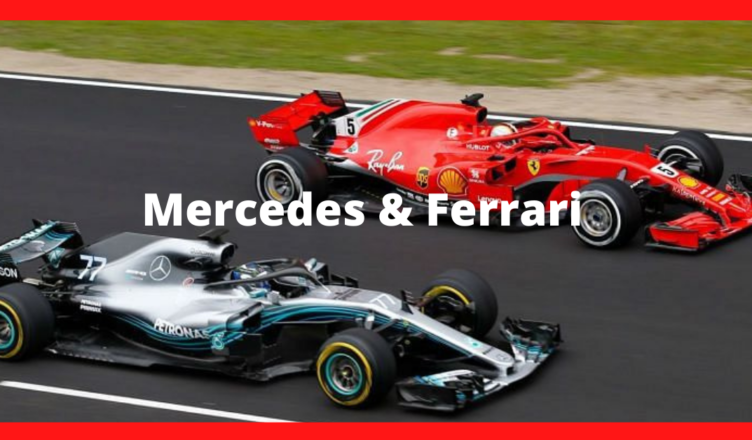 When it comes to how a formula one team makes money, there are a lot of avenues that can generate income for a team. However, not all teams are equal, even when it comes to sharing of the prize money. You are here because you want to find out, how much more money does Ferrari and Mercedes make in F1?

That is a good question, and I have for a long time wondered the same.

In this regard, I have taken time to research on how much money Ferrari and Mercedes makes in formula one.

It is a journey that has been interesting and eye-opening to how F1 makes money.

In formula one racing, a lot of focus and attention is given to the performance of the teams and drivers on the track.

It is possible that you also enjoy that side of the F1.

However, formula one is big business and you should learn how formula one teams make money.

In this resource, I am going to share with you how much more Ferrari and Mercedes F1 teams earn or generates from their F1 activities.

How Much More Money Does Ferrari and Mercedes Make in F1?

It is an open secret that F1 uses a unique formula to share the prize money. Ferrari and Mercedes usually receive additional funds for merit and historical reasons.

With regard to the much more money that Ferrari and Mercedes makes in F1, it comes from heritage and bonus payments.

This is beyond the title championship money that Mercedes has won for being the constructors’ champion over the last seven seasons.

Another source of money that Ferrari and Mercedes makes from F1 is the prize money based on the position they finish.

Over the last couple of F1 seasons, both Mercedes and Ferrari have finished in top 5 position, and that means they get more money than the rest of the teams.

How Much Does Ferrari Make From F1

Ferrari is one of the oldest teams in formula one. This comes with commercial benefits in terms of the money the team makes from F1.

Besides the formula one prize money that is shared equally among the teams, Ferrari gets additional payments.

These include the bonus and also heritage payments for their participation in the sport. It is an arrangement that is captured in the F1 agreements.

At some point, Ferrari were the only team to qualify for the ‘long standing team’ and received an extra $68 million.

Ferrari F1 team is the world’s most valuable racing team. It is worth over $1.35 billion.

The team has not finished outside the top four since 1981. F1 has granted the Italian team veto powers and an annual bonus payment just for the cachet it brings to the series.

How Much Money Does Mercedes Make from F1

Over the last couple of years, Mercedes F1 team has dominated the sport.

This has been the case since the introduction of the hybrid engine in 2013. Mercedes has been willing to outspend the competition.

It is something that allowed the team to develop and create great success.

You might be shocked that company spends about $430 million per year. This is more than what most other formula one teams are able to spend per season.

Such investment has allowed the team to win seven championships with ease. In 2021, Mercedes F1 team might win the 8th constructors’ championship.

In 2019, Mercedes generated revenues of about $451 million, with an operating profit of $22 million.

Today Mercedes is worth $1.15 billion.

Is Ferrari richer than Mercedes?

As you look at the amount of money that Ferrari and Mercedes make in F1, you should consider which of the brands is richer.

To do this, it is important to understand the value of the two companies.

Based on this valuation, it is clear that Ferrari is richer than Mercedes.

In conclusion, Ferrari and Mercedes are some of the highly paid teams in formula one.

This is because they also have historical, or what you might call heritage benefits.

But if you look back for comparison purposes, you will realize that in 2016, Ferrari was paid a total of $208 million. Mercedes was paid $148.5 million.

This means the two teams made a combined total of $356.5 million between them.

As you can see, there is money in formula one. Ferrari and Mercedes are earning a larger share of it.

It will be interesting to observe if this will continue in the era of cost caps which starts in 2022.