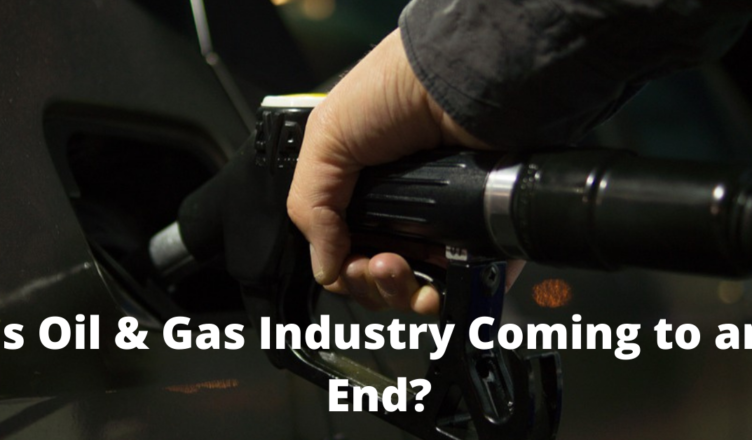 To try and find answer to the above question, I have taken time to research and talk to industry leaders on whether the oil and gas industry is coming to end.

I would want you to take a few minutes and consider the information that I have gathered. I do believe that this will also help you if you want to work or invest in the oil and gas industry.

Is the Oil and Gas Industry Coming to an End?

However, there are several factors that have brought about what seems to be a decline in the fortunes of the oil and gas companies. These include;

If there is one thing we know for sure, it is that the upstream oil and gas industry is constantly changing.

Crude prices are constantly shifting and companies are always adapting to the energy market.

Luckily, people who invested in the chemical industry have seen a positive growth margin a over the past couple of years.

So, it might be a good idea to keep your eyes out for a potential of the oil and gas industry in the future.

Reasons Why Oil and Gas is not coming to an End

I do understand if you are still wondering; is oil and gas coming to an end? The demand destruction in 2020, the negative oil prices and increasing usage of renewable sources of energy might seem too much.

While all this is taking place, I would like to remind you that oil remains the dominant fuel for the world. In fact, to me, the key is the underlying technology which has not changed over the last 100 years.

In this regard, I would like to share with you reasons why oil and gas is not coming to an end.

Is the oil and gas industry coming to an end?

Here are the three reasons why I think the oil and gas industry is not coming to an end.

Let us look further into these three reasons now.

I know what you are asking right now. What the hell is price in-elasticity of demand?

Price elasticity of demand is a measurement of the change in consumption of a product in relation to a change in its price.

The concept basically means that changes in prices of a product leads to a change in consumption, mainly because of substitute products.

Now, when it comes to oil, I do not know how you can easily change your vehicle from using petrol, gas or diesel when the prices increase. This change is inelastic as oil cannot be easily substituted.

It is possible to argue that the most dangerous argument or push in energy industry is the one that seeks to stop or limit oil production.

This is the push that makes you wonder; is oil and gas coming to an end?

I think the oil and gas is not coming to an end and this is because it is our primary fuel. It has no substitute.

As such, publicly-traded oil companies are the lone bastion between us and a complete reliance on OPEC.

From the fuel in our cars and planes, to the petrochemicals that comprise our clothes and basic necessities, to the power in trucks and locomotives that move windmills and solar panels, oil is all around us.

Unfortunately, with two distinct functions in the economy, the mis-perception that more wind and solar (used for electricity) will displace oil (used for transport) feeds an ignorance that hinders sound energy policy.

I am finding it very interesting that the idea of how you should stop using oil or engaging with oil companies is coming mainly from west nations.

This is after they have used the oil and gas resources to develop their countries and create wealth.

What you will find out, if you dig a little deeper is that over 83% of the world is just starting to use oil and gas resources.

For example, Uganda, Mozambique, Kenya, Ghana and Senegal have all recently discovered oil and gas deposits within their territories.

Should they stop developing these resources?

The idea that many in the world has really just started to consume oil is one that is very difficult for some Westerners to accept.

It is easy to see why: they have all the oil that they need and want.

For example, Americans consume over 2.6 gallons of oil products every day, and there are 255 million oil-based cars in the country. But, most of the world does not have it as easy as Americans do.

A rising 83% of the world is undeveloped, and the transport demands for the poor are just now coming to light.

The developed, OECD nations use 50% of the world’s oil but are just 17% of the population. The rich consume 1.6 gallons of oil products a day, while the poor consume just 0.32 gallons.

Given the importance of oil, this five-fold disadvantage for the poor is indeed a moral issue: oil-dependent Westerners are the ones leading the anti-oil charge.

That kind of hypocrisy is just not selling in the developing world.

It is good to acknowledge that the power of oil is simply overwhelming.

There are now about 1.2 billion passenger cars alone, over 98% of them rely on oil.

The fleet is expected to reach 2 billion by 2035 and over 3 billion by 2050, with developing Asia leading the way thanks to rising personal incomes.

These numbers can make your head spin.

In 2021, world vehicle sales will reach 89 million, a 37% increase since 2005 – amid the worst economic times since the Great Depression.

Will petroleum be the major fuel in 2050

There is a great deal of talk about the decline of oil and gas. However, asking yourself this question will help you get the right perspective and expectations.

In its latest Annual Energy Outlook 2021 (AEO2021), the US Energy Information Administration (EIA) forecasts that petroleum and other liquids remains the most-consumed fuel in the US before 2050

This is a clear indication that petroleum will be a major fuel in 2050.

It is possible that the percentage of petroleum usage in 2050 will be marginally reduced as compared to the current consumption or usage.

Oil and Gas Industry Outlook to 2050

Oil and gas will be crucial components of the world’s energy future.

Renewable energy will increase its share of the energy mix and this is something that even the BP outlook reports covers.

As you might be aware already, 2020 was a tough year for the oil and gas industry. It was unprecedented year for gas and liquefied natural gas markets.

Gas demand declined by 3 percent. LNG demand was more resilient and managed to grow 1 percent. However, the year saw high levels of LNG market volatility with both extreme oversupply and extreme tightness during the course of the year.

This continues to show that oil and gas is not coming to an end anytime soon.

Estimates indicate that gas will be the strongest-growing fossil fuel and will increase by 0.9 percent from 2020 to 2035.

This relatively moderate decline is due to hard-to-replace gas use in the chemical and industrial sectors, which limits the impact of an accelerating decline in gas used for power.

Meanwhile, LNG is set for stronger growth, as domestic supply in key gas markets will not keep up with demand growth.

Demand is expected to grow 3.4 percent per annum to 2035, with some 100 million metric tons of additional capacity required to meet both demand growth and decline from existing projects.

According to the report, the projections are that by 2035 all the fossil fuel shares are clustered around 26-28% with no single dominant fuel. This would be a first since the Industrial Revolution.

Fossil fuels in aggregate are going to lose market share but remain the dominant form of energy in 2035 with a share of 81%, down from 86% in 2013.

Among non-fossil fuels, renewables (including biofuels) are going to gain share rapidly, from around 3% today to 8% by 2035, overtaking nuclear in the early 2020s and hydro in the early 2030s.

Roughly one-third of the increase in energy demand is provided by gas, another third by oil and coal together, and the final third by non-fossil fuels.

In the OECD, declines in oil and coal are offset by increases in gas and renewables, in roughly equal parts.

Growth in non-OECD energy is evenly spread, with roughly a quarter each for oil, gas, coal and non-fossil fuels.

Predicting the Future of Oil and Gas Industry

As mentioned, the year 2020 was a huge disappointed in the oil and gas industry.

The global economic activity is expected to slow down over the next 40 years. This is mainly due reduced global demand, and the conversations around energy transition.

While oil and gas industry is used to the highs and lows of economic cycles, the downturn caused by demand destruction was a new low.

A number of oil and gas companies filled for bankruptcies, jobs were lost and projects were stopped.

So what is the future of oil and gas?

As discussed above and from various outlook reports, it is clear that oil and gas industry is not coming to an end.

The industry will continue to play a significant role in the domestic and global economy.

I strongly feel that the crisis provides an opportunity for the oil and gas industry to emerge stronger and better as well as more resilient.

As we try to predict the future of oil and gas, the following five trends are key to consider;

In conclusion, and from the above information, I hold the view that oil and gas industry is not coming to an end.

When you look at the big picture, it seems that the industry is going to still be healthy for the next fifty to a hundred years.

In this regard, the upswing in the energy sector is bringing great opportunities that include employment chances, higher business investments and stabilized oil or gas prices.

Not only that, but there’s also been an increase of funds for the gas industry due to tax cuts and improved government spending too.

Some in big oil companies are changing course accordingly.

While American companies Chevron and ExxonMobil continue to bank on fossil fuels, European companies BP, Royal Dutch Shell and Total have declared their goal to be carbon neutral by 2050.

BP, which has predicted that world oil demand could peak early this decade, plans to increase investment tenfold in green businesses like renewable energy and simultaneously cut oil and gas production by 40 percent by 2030.

Shell is planning a vast wind farm off the coast of the Netherlands and is expanding its electric vehicle charging business.

And Total is investing in solar power in Spain and wind in Scotland.

One energy analyst speculated that over the next decade, big oil companies will grow their wind, solar and hydrogen businesses by 25 percent or more each year.

This does not mean that oil and gas is coming to an end. It just means that there will be changes to the global energy mix.