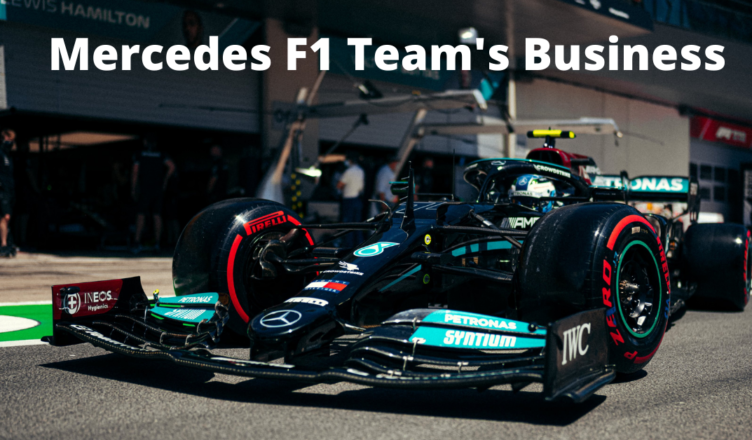 If you are a big fan of Formula 1 racing, it is possible you have wondered how F1 teams make money. It is even more interesting to understand the operations of big teams like Ferrari, Mercedes and Red Bull. Today’s focus will be on Mercedes. Is the AMG Mercedes F1 operation a money-making business?

If this is something you have wondered about, then you have come to the right place.

I have been interested in this topic the fact that the sport is introducing budget caps for the teams. It is argued that this would affect the top teams the most.

It is reported that Mercedes F1 team has been spending huge amounts of money of research and development of their racing cars. You are right to ask whether their operations makes money.

According to Mercedes team’s 2019 financial record, the Mercedes F1 operations are a money=making business.

The financial results showed that Mercedes F1 team made a post-tax profit of 14.7 million pounds. This was an increase from 12.6 million pounds recorded in the 2018 season.

It is therefore correct to say that Mercedes F1 racing team is a money making business.

A formula one racing team makes money from several ways.

For Mercedes F1 team, they generate revenue from a number of things. These include sponsorships and marketing revenue. You should also remember the team gets a share of F1 winning cash.

If you study the team’s accounts, you will find a report that Mercedes had enjoyed a 23.6% share of television coverage, generating a cumulative television advertising value equivalent (AVE) of $5.406 billion for commercial partners.

Turnover was 363.6 million pounds, up from a previous 338.4 million, due mainly to increased sponsorship and marketing revenue.

It is an open secret that the big F1 teams have been spending huge amounts of money to run their operations.

Mercedes F1 team has been leading the way.

In 2020, it is estimated that Mercedes F1 racing team spent about £324.9 million. This is higher than what F1 has proposed to be the budget caps.

Formula 1 is introducing budget cap at $145 million. This is aimed at making the motor racing sustainable, and to try to make the grid even.

While many might think Mercedes would suffer because of the budget cuts, Toto Wolff sees it as an opportunity.

As part of the changes, Mercedes is transferring some of the staff members into the Applied Science Division.

How Mercedes F1 teams Make Money from this Business

For you to understand whether AMG Mercedes F1 operation is a money-making business, it would be important for you to study how F1 teams make money.

I have done a whole resource about how F1 teams make money and it might be interesting if you check it out.

You are going to learn in details how teams participating in the Formula 1 racing generate their revenues.

How Much did Mercedes F1 Business Make in 2020

To fully understand if AMG Mercedes F1 operation is a money-making business, you need to analyze financial performance from the 2020 F1 season.

The reports indicate that Mercedes F1 team had a relatively healthy year, from a financial point of view.

You have noticed that there is a small discrepancy on the figures. This shows that like other teams, Mercedes f1 team was affected by the overall drop in F1 income. Therefore, the team received fewer payments.

However, it is possible that they generated significant income from sponsorship and marketing activities. The brand is very popular and a valuable asset to the Daimler group.

I am fascinated by how Mercedes has been able to build their brand.

AMG Mercedes F1 operation is making a huge contribution to the brand’s status as the eighth most valuable in the world today.

As a money-making business, the Mercedes f1 team received 19.2% of the TV coverage in 2020. It also generated a cumulative advertising value equivalent of $5.873 billion for its commercial partners.

One of the ways in which Mercedes F1 operation has turned into a money-making business by use of data.

Data is very important to how Mercedes AMG F1 team races. There is a great deal of value that comes from analysing the huge amount of data available to the team.

If you watch races, you will have noticed that data is at the heart of team’s decision making, both from a race strategy and business operations point of view.

There is so much data – the telemetry data from the sensors on the car and the data from the race team, pre- and post-race simulations, dyno engine tests, complex fluid dynamics (CFD) and wind tunnel aerodynamics data. Some of the data is stored in the team’s SAP enterprise resource planning (ERP) system.

Turning data into insights and decisions is helping Mercedes F1 team’s operation into a money-making business.

In conclusion, formula one is a business and very team that participates in the sport aims to turn a profit.

This means that AMG Mercedes F1 operations are a money-making business for the Daimler group.

You have seen the financial performance numbers of team Mercedes. They clearly show that the team’s turnover and the profit after-tax.

It is a good indication that Mercedes F1 team runs a money-making business.

The future of this operation by Mercedes should still be better. According to the team boss’ Toto Wolff, who is optimistic that even under the budget caps, the business will still be profitable.

I hope this article has helped you to under how Mercedes F1 team operates, and whether the operation is a money-making business.