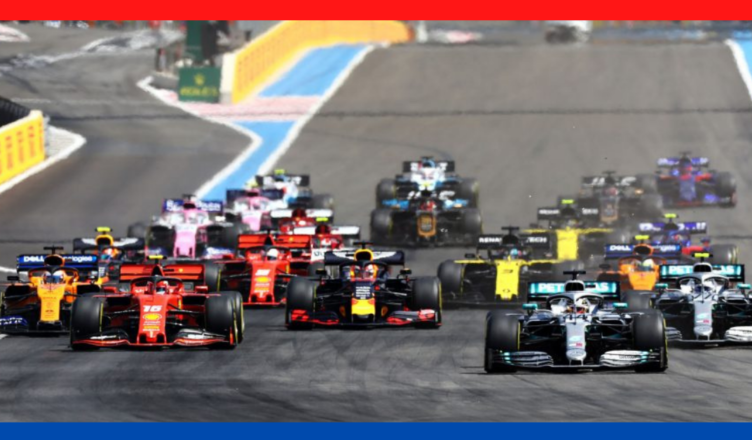 One of the most important and visible item in formula one racing is the car. An F1 car is an attractive spectacle. It is an open-wheel, open-cockpit and a single-seat racing car for the purpose of being part of the Formula One racing competition. One question you might have is; how many physical cars does each F1 teams have?

If you are new to formula one, this might be something you are wondering about today.

I have been doing research, trying to understand how formula one works. One of the things am interested in is in knowing how many physical cars each of the formula one teams have.

My journey of finding this information has provided very interesting insights.

For example, you should know that there are ten (10) teams in formula one. These are the teams that compete during the formula one season each year.

With an elaborate point system, the team’s performance determines the ranking and position at the end of the season.

There are financial rewards that come with the position a team secures at the end of the competition.

How Many Physical Cars Does Each F1 Team Have?

Each F1 team have two physical cars that participate in races, across the entire season.

This would explain why each formula one team has two drivers. You will find that each driver is allocated one f1 car by the team.

However, as part of promoting continuity, you will find that a team has reserve drivers, or drivers who are in their junior programs.

Like everything in life, it is important to plan for the unexpected things. A driver can get unwell, or be unable to participate in a race.

In this case, the reserve driver will be called upon as a replacement.

An example of drivers being replaced include George Russell replacing Lewis Hamilton at Sakhir, Robert Kubica replacing Kimi Raikkonen at Monza, and Nico Hulkenberg replacing Sergio Perez at Silverstone in 2020.

How Many F1 Cars Does Each Team Have?

There are ten teams in formula one. Each team has two cars each that are allowed to compete in the formula one world championship.

It means that in total, there are twenty (20) cars in formula one racing.

F1 has a point system, where points are allocated based on the position the car or driver finishes in each race.

It is important to note that an F1 driver has only one car. In terms of regulations, the cars that a team has are the same.

However, some aspects of the cars are tailored to a specific driver. This is what happens when teams are setting up the car during a race weekend.

Formula one teams has two physicals. These are the cars that enter into the F1 competition every season.

If you wondering why this is the case, here are some of the reasons why F1 teams have two racing cars.

Let me explain these reason further below.

As mentioned, each of the F1 teams has two physical cars. You will see them in each of the racing event.

There are a number of the reasons why this is the case. However, the following are the three top or key reasons;

The number of physical cars that each formula one team can have is part of the FIA regulations.

Rules and regulations are part of F1. There is a specific rule that guides the teams on the number of physical formula cars each can have.

This has been set at two. So, each formula one team can only have two racing cars at any single time.

It is always interesting to watch the strategic decisions that team make during a race.

This plays a very big role when teams and drivers are competing for championship.

In 2021 season, there have been cases where Mercedes and Red Bull teams have used the two cars for strategic reasons.

This works best when the two drivers manage to secure top positions on the grid.

Another advantage that comes with having two physical cars per team is in sponsorship.

A team can be able to secure a good sponsorship deal or opportunities. They can leverage the two cars to increase their bargaining position.

If you look at the racing cars from a team, you will find that the branding is the same. This includes the logos of the sponsors.

Number of Cars a Formula One Team Uses to Race

You should know that formula one team has only two cars available to them. Each of the cars has one driver. However, the FIA rules allow F1 teams to have a maximum of four drivers.

In the course of a formula one season, teams can change their cars. This includes replacing components of the car, when damaged or to improve performance of the car.

It is important for you to know that these changes are regulated by the FIA. There is a limit to the level of changes a formula one team can make to the engines, power units or ICE among others.

While on this topic of cars, it is possible you are wondering if F1 team have spares cars.

Related: How Many Spare Cars Do F1 Teams Have?

You should check out the resource linked above. It provides more details on the idea of spare cars in formula one.

In conclusion, it is important to note that each F1 team has two physical cars. And there are reasons for that as we discussed above.

If you are new to F1, you should know that there are 10 teams in formula one racing. Each of the team has two cars, and two drivers.

This means each of the nominated drivers is allocated one car. However, teams have reserve drivers as part of their team and a maximum of four drivers as per the FIA regulations.