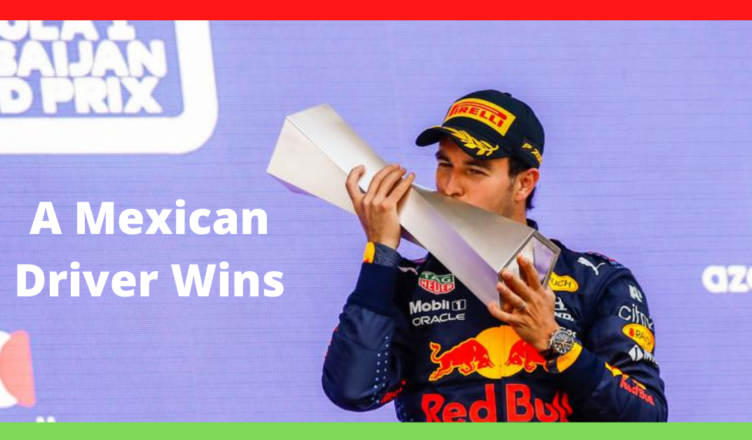 It is a track that set on a background of high-attitudes, which favors some F1 cars over the others.

For example, in recent past, this Mexican Grand Prix has been good to the Red Bull team. Their cars seem to perform very well in tracks that are on high attitude.

Mexico has had about five F1 drivers so far. The most successful Mexican formula one drivers are Sergio Perez and the Rodriguez brothers, Pedro and Ricardo.

In this resource, you will learn a few things about the Mexican Grand Prix, and what to expect this F1 season.

Where is Grand Prix in Mexico Held?

The Mexican Grand Prix, currently known as the Mexico City Grand Prix, is a motor racing event held at the Autódromo Hermanos Rodríguez in Mexico City.

It is important to note that the circuit is within the public park of the Magdalena Mixhuca Sports City. The location is in the southeast of Mexico City.

Autodromo Hermanos Rodgriguez track or circuit has 17 turns and with a length of 4,304km.

Has a Mexican won an F1 race in Mexico? This might be a legit question. However, you should find who won the Mexican Grand Prix in 2021. You will be surprised how close a Mexican driver came to winning the race.

In 2021, Max Verstappen won the Mexican Grand Prix and extended his title lead over Lewis Hamilton who finished second.

The win allowed him to extend his championship lead over Hamilton.

Sergio Perez, a Mexican F1 driver came in third. This was the best result ever for the Red Bull driver in Mexico.

It was a race weekend that had mixed results for various drivers and the title contenders.

For example, while Mercedes drivers had locked the front-row in qualifying, Valtteri Bottas lost the lead in Turn 1 to Verstappen.

He then got spun by Daniel Ricciardo and spent the entire race fighting from the back. Bottas finished outside the points, but he was able to steal the fastest lap point from Verstappen.

A nod to those outside the podium places who have had very good days under the Mexican sun.

Pierre Gasly was comfortably clear of the rest of the midfield in fourth and Ferrari overtake McLaren in the constructors’ standings with fifth and sixth.

Lando Norris also drove well to recover from his engine change penalties to the final point.

When was the first Mexican Grand Prix?

The first Mexican Grand Prix was held in 1962 at the Magdalena Mixhuca circuit in the suburbs of Mexico City.

At the time, the race was not awarded championship status. However, this inaugural event attracted formula one drivers from Europe and United States of America.

Read More: What is it Like to Visit or Live in Mexico?

It was during this weekend that Ricardo Rodriguez died, crashing during practice session at the final corner. He was the brother to Pedro Rodriguez.

Who was the first Mexican to win a Formula 1 race?

The first Mexican driver to win a formula one race was Pedro Rodriguez in 1967.

When it comes to winning races, there are two Mexican drivers who have won a formula 1 race. These are;

Sergio Perez was sensational and won at the Sakhir Grand Prix in 2020. That was his first formula one race win.

In so doing, he broke the record for the number of starts before a race win at 190.

Perez won his second F1 race in 2021 at the Azerbaijan Grand Prix.

Pedro Rodriguez won his first race in 1967 at the South African Grand Prix at Kyalami circuit. He would later win his second race at the Belgian Grand Prix in 1970.

Has there ever been Mexican F1 winner?

The real question here is; has a Mexican won an F1 race? As you have read above, two Mexican drivers have won formula one races.

Pedro Rodriguez and Sergio Perez are the only formula one drivers from Mexico to have won a race. Each of them has won two F1 races.

However, when it comes to drivers’ championship, there has never been a Mexican winner ever. Maybe Sergio Perez has a chance now to win as a Red Bull driver. Time will tell.

A brief look back at the history of Formula 1 reveals there have been only the five Mexican drivers in the sport.

There has been Perez, Hector Rebaque, Moises Solana and the Rodriguez Brothers, Pedro and Ricardo.

Neither Rebaque or Solana managed to make much of an impression in the world of Formula 1, but the two Rodriguez brothers were considered to be two of the most promising drivers ever to grace the sport.

In conclusion, the Mexican Grand Prix is an event you should consider going to this year.

Read More; How to Attend a Formula 1 Race

You are going to not only enjoy the formula one race, you will also get a chance to get a taste of delicious Mexican food and culture.

Different drivers and teams have performed well in Mexico. It will be interesting to see how F1 teams will perform in the era of rule changes.

I know it sounds like a dream, but wouldn’t it be perfect to have a Mexican F1 driver win the Mexican Grand Prix?

At the moment, Sergio Perez is with a team and driving a car that can win a race. It remains to be seen if he can be able to win his home race in Mexico.

That would be momentous!