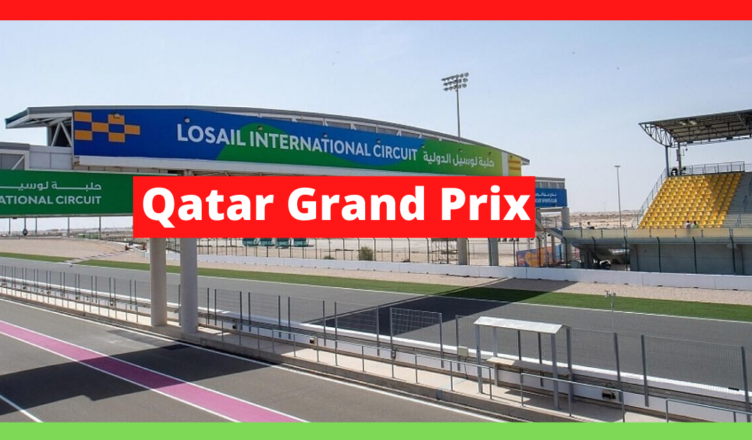 Qatar is known for very many things. It is a country known for huge gas resources, motor racing and as a wealthy country. When it comes to formula one, it is interesting that the country will be hosting a Grand Prix. When the news came out, I could not help but wonder; what are interesting F1 facts about Qatar?

I am a very curious mind and as a formula one fan, I have been very keen to understand how F1 racing in Qatar looks like.

It is possible that you also feel the same. You would like to know some of the formula one facts about Qatar, and why it makes sense to have it on the F1 calendar.

Qatar signed a 10-year deal to host formula one starting in 2023. However, the first race is taking place over the weekend of November 19-21.

This is part of the triple header that starts with the Mexican and Brazilian Grand Prix.

The entry of Qatar Grand Prix into the formula one’s calendar is a welcome deal. It is going to boost the sport, through the finances that comes with such a deal.

What you should take note is that Qatar signed a 10-year deal. This means that racing will take in Qatar to 2032.

Formula 1 has now about three races in the Middle East region. Others are in Saudi Arabia and Abu Dhabi. This is increasing the global presence of the sport.

Being one of the triple header races in 2021, the Qatar Grand Prix is playing a significant role in the battle for drivers’ and constructors’ championship.

Lewis Hamilton and Max Verstappen arrive in Qatar separated by few points between them. It is an exciting battle between the two.

For the constructors’ championship, Mercedes and Red Bull arrive at the Losail track separated by several point following a great race at Interlagos the previous weekend.

Location of the Qatar Grand Prix

One of the interesting F1 facts about Qatar is the location of the Grand Prix in the country.

The first or inaugural formula one race is going to take place at the purpose-built Losail International Circuit.

The track is located 22 miles north of the capital city Doha, on the Arabian Peninsula.

Losail international circuit is 5,380km in length, and has 16 turns. This will make the racing very interesting given other factors like temperatures.

While Losail will host a race in 2021, there will be no racing in 2022 as Qatar will be hosting the FIFA World Cup Championship.

As formula one racing makes the inaugural event in Qatar, the race event will be held at night.

Coming at the end of a triple header in November, it is going to provide a great opportunity for the title battles between drivers and teams.

This race at Doha’s Losail International Circuit was added into the calendar to fill the vacancy left by the Australian Grand Prix cancellation.

Losail circuit is popular for the motor GP and there are a few changes to the track to adapt it to F1 racing.

The biggest change was on the pitlane, which was modified to accommodate formula one cars. A number of other garages were added, and as Michael Masi reported, there are more than enough now.

Another interesting fact about F1 racing in Qatar is that Losail International Circuit already has a grade 1 F1A license. That means it is ready and can host a formula one grand prix.

There is a distinct lack of overtaking opportunity at Losail in a modern F1 car. Aside from the start-finish straight and braking zone for Turn 1, a driver will need some inspiration to launch a move anywhere else.

The main straight is a decent length at just over a kilometre and will provide the location of the circuit’s one DRS zone. It means the Turn 1 right-hander will be the best opportunity to overtake.

There is a slow hairpin early on in the lap but given it follows a tricky double-right and then a short straight it is hard to imagine cars getting close enough for a move to be on.

Perhaps the most interesting element is the fact this looks like a circuit that will chew the front tyres for fun. That could prompt some strategic opportunism and give anyone who has to run long a few headaches.

But equally this could be cancelled out by Pirelli bringing the hardest compounds and nullifying a potential variable.

11 Top Attractions and Things to do in Doha, Qatar

If you visit Qatar for the formula one racing event, you could also consider adding the following into your itinerary.

While the F1 race at Losail International Circuit is at night, you can extend your stay and enjoy the sights during the day.

Here are some of the places you can visit, which are top attractions in Doha.

As you can see, there are interesting things to do, and places to visit while in Qatar.

In conclusion, the Grand Prix in Qatar is adding into the F1 races and experiences across the world.

This is raising the profile of the sport in the oil and gas rich Middle East region.

You have learned the above interesting F1 facts about Qatar. As the country continue to host F1 races over the next 10 years, you will also learn more about Qatar.

If you get an opportunity, you should aim to attend the formula one race in Qatar, as you get a taste of what the country has to offer.

It is going to be an interesting experience to see how F1 will evolve in Qatar.

Related: How to Attend a Formula 1 Race Today