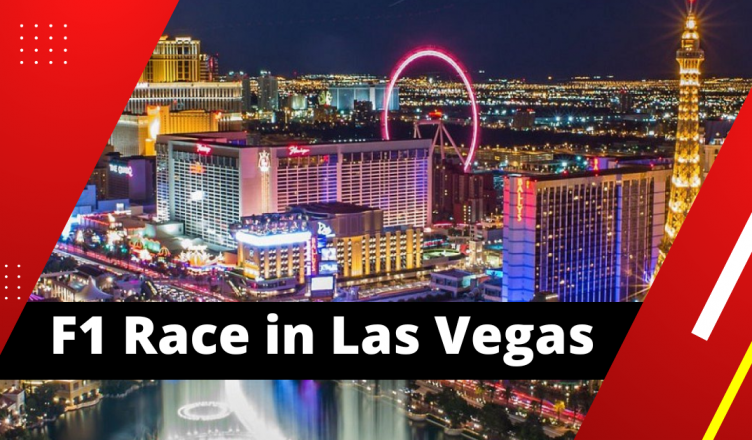 F1 in the United States is becoming very popular. There is a growing interest in the sport across the country. While racing is taking place in Austin and Miami, does F1 race in Las Vegas?

US is a very important market for formula one sport. With a high population, the country provides huge opportunities for F1 management.

If you have been following the Drive to Survive, it is argued the show has had a positive impact in the US.

Formula one races are a spectacle to watch. It is okay to watch on TV, but even better to experience the race in person.

The sport has been trying to crack the American market for a while now. It seems the efforts are paying off.

So, does F1 race in Las Vegas?

In this article, you will learn whether formula one is racing in Las Vegas, when the race will be held and what to expect as a fan.

Does F1 Race in Las Vegas?

Formula one does not race in Las Vegas currently. However, Las Vegas will join the F1 calendar in 2023, with a race scheduled for November.

The race will take in the famous Las Vegas Strip on 18th November, 2023.

It will be the first Saturday Grand Prix since 1985.

While the 2023’s F1 schedule has not been released yet, it is likely the race will form a double-header with the season finale Abu Dhabi GP.

It is important for you to note that Abu Dhabi holds a clause in its contract to finish the season.

Las Vegas grand prix is expected to start at 10pm local time. This would mean a 6am start on Sunday for viewers in the United Kingdom, and 7am for much of Europe.

If you are in Australia, this would translate into a start time of about 5pm.

Las Vegas is a very popular destination with many people. Adding F1 racing in Vegas is going to spice things up.

This is one race I truly would like to attend. It promises to be a fun weekend, all things considered.

Even F1 drivers are excited to race on the streets of Las Vegas.

As a sport, F1 had thought of grouping races by continent. However, it is believed that Miami, Austin and Las Vegas will remain separate races on the calendar.

Miami holding an early season date similar to this year when it debuted as round five in early May.

Austin will likely keep its late-October date meaning the F1 circus would head to Mexico after, followed by Brazil and then Las Vegas.

A five-year deal has been agreed with organisers in Las Vegas, keeping it on the F1 calendar until at least 2027.

The sport itself is making a major investment in the race after purchasing a plot of land for $240 million to build a permanent pit and paddock complex.

“I would note that Liberty Media did enter an agreement to acquire 39 acres east of the strip to lock in circuit design and create capacity for the pit and paddock, among other hospitality and race support venues,” said Liberty Media CEO Greg Maffei.

“I expect that transaction will close in the second quarter, and the purchase price was $240 million, which will be funded by cash on hand at the F1 group level.”

Las Vegas F1 Race to Put on a Show

As Las Vegas gears up to host an F1 race, it is expected that the city will put on a great show.

The Las Vegas Grand Prix will be a night race, allowing the city to come alive with its oasis of glittering lights to deliver a visual spectacle.

Every night is party night in Vegas, but Saturday is the showpiece,

Therefore, it is great that the Grand Prix will uniquely take place then, allowing race goers to watch the world’s best going wheel to wheel before kicking on their night with a visit to a casino, drinks at a rooftop bar or some late-night shopping.

That means everything will happen a day earlier than usual.

With the Las Vegas race expected to start at 10pm on Saturday night local time, practice and qualifying will take place earlier.

Practice sessions will take place on Thursday, with qualifying on Friday.

F1 drivers and teams are expected to arrive and adjust to the time zone.

While many drivers are excited to be at Las Vegas, they might not go golfing over at the Wynn, or quad bike riding out in the desert.

In conclusion, formula one is about to race in Las Vegas starting November 2023 to 2027 as per the agreement.

Las Vegas promises to be an exciting and entertaining race including a street circuit layout in the famous strip.

After more than 40 years, Formula 1 is heading back to one of the world’s most famous cities – Las Vegas.

Last time F1 headed to the Silver City, back in 1981 and 1982, the circuit was built entirely in the car park of the famous Caesars Palace casino.

It will be interesting and fun to experience the Las Vegas Grand Prix.