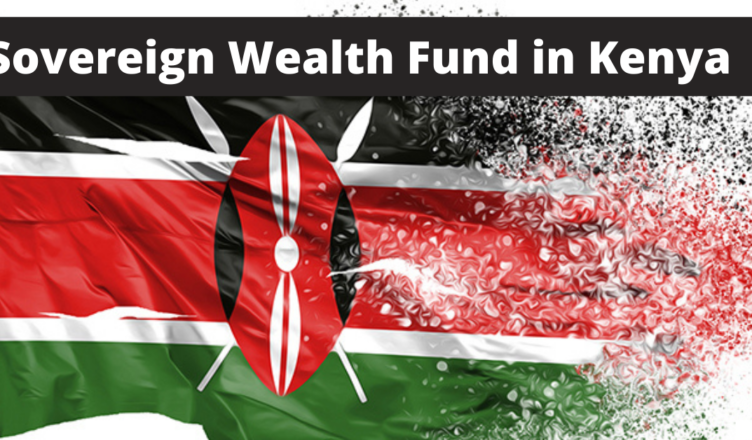 With oil discovery in Kenya, the country has been making steps towards commercial oil production. One of the key concerns is whether the country has the capacity to manage the oil revenues and wealth. It is therefore not surprising that you might wonder, does Kenya have a sovereign wealth fund?

Sovereign wealth funds are investment vehicles or instruments, mostly state-owned and use to manage oil or mineral wealth by the oil-producing nations.

The upstream oil and gas industry in Kenya is not very new. With the first well drilled in the 1950s and over the years, exploration activities have produced a mix of results.

Does Kenya have a sovereign wealth fund?

This draft sovereign wealth fund bill is actually a BILL for an Act of Parliament. It is establishing the Kenya Sovereign Wealth Fund.  The bill provides institutional arrangements for effective administration and efficient management of minerals and petroleum revenues.

The Case for a Kenyan Sovereign Wealth Fund.

The British oil company Tullow Oil plc announced first discovery of oil in Kenya in March 2012. The company estimates of the volume of recoverable Kenyan oil lie between 750 million and 1 billion barrels.

The bulk of the oil lies in the Turkana region of north-western Kenya. In African terms, total proven oil reserves in 2014 were 129 billion barrels, Kenya has far less oil than Gabon.  Africa’s second smallest reserves, and more than Tunisia which holds the smallest of Africa’s oil reserves.

That is relatively small when you compare with the 1.7bn barrels in neighbouring Uganda. This places Kenya in the middle of an oil and gas field on the east African coast. The South Lokichar Basin is likely to yield more deposits as exploration continues.

In global terms, Turkmenistan and Uzbekistan have proven oil reserves of a similar magnitude to that in Kenya. This is according to a 2015 report by BP

Should Tullow’s estimates materialise they could bring Kenya’s external current account to surplus soon after exploitation starts and Kenya could become self-sufficient in oil production within 3-5 years.

Sovereign wealth fund in Kenya is of great importance and will help in the management of the oil and gas or mineral wealth. The country has started exporting crude oil through the early oil pilot scheme (EOPS).

The establishment of a sovereign wealth fund in Kenya is a proposal by the Presidential Task Force on Parastatal Reforms which had been set up by the president of Kenya a few years back.

Because of this, the government of Kenya through the National Treasury drafted the Kenya National Sovereign Wealth Fund Bill. The main objective and aim of this wealth fund is to ensure that there is proper management of proceeds from oil, gas and mineral resources.

This would therefore lay the legal framework for managing the oil and gas wealth. A seed capital of $100 million was injected into the fund.

One of the key take away from the draft Kenya sovereign wealth fund bill is understanding the mandate of the fund, and the benefits the fund will bring to the country.

In its current draft form, the wealth fund has three key components;

This structure is much like the Nigerian Sovereign Investment Authority. The sovereign wealth fund would be capitalised from several sources including natural resource royalties from new coal and oil finds in the north of the country, rather than being a Temasek-style holding company for parastatal companies.

It is expected that the fund will be managed to the highest possible international standards, specifically the Generally Accepted Principles and Practices (the Santiago Principles), with the aim of becoming a member of the IFSWF.

Public Auditor General is the official auditor of the funds.

By so doing, the Kenyan sovereign wealth fund would gain international recognition that it was a reliable and trustworthy investment partner and provide assurances to the Kenyan people that their money was being responsibly invested.

It is hoped that the fund’s transparency and disclosure standards would be in line with those of Norway’s Government Pension Fund Global or the New Zealand Superannuation Fund, which would help to promote understanding of the fund’s mandate and trust of both partners and stakeholders.

It is worth mentioning that Norwegian Sovereign wealth fund is the largest in the world. I compiled a list of the top or biggest sovereign funds ranked in terms of asset under management.

The benefits that a country accrues from having a sovereign wealth fund are many. A good case study is the Norwegian Government Pension Fund Global, a wealth fund which is a benchmark in the world of SWFs.

Establishment of the sovereign wealth fund for Kenya will have two benefits to the country. These are;

Future generation reserve and stabilisation objectives of the sovereign fund will act as a catalyst for developing local financial expertise and skills, leveraging the capabilities of global banks and asset managers.

Developing a Kenyan financial services industry will catalyse the growth of more skilled, better-paid service-sector jobs in the country. One aim is to attract the Kenyan diaspora with the promise of well-paid and skilled jobs.

This is a long-term goal and may take 10 or 20 years to achieve, but that it is essential for the well-being of future generations of Kenyans.

The infrastructure objective of the wealth fund in Kenya would follow a well-established model of helping to attract foreign direct investment.

The fund would look to develop Kenya’s infrastructure and cross-border infrastructure projects that would benefit both the East African region and the continent more broadly.

In the wake of the Covid-19 pandemic, Africa is becoming a more attractive destination for foreign investment. You might think that Africa has higher risk, but it would provide healthy returns particularly if the involvement of sovereign wealth funds in those investments could help to reduce perceived and actual risks.

In conclusion, it is worth noting that Kenya’s non-renewable resource revenues are modest, both in absolute terms and relative to general government revenues.

Based on independent estimates, petroleum revenues are unlikely to exceed 5 percent of fiscal revenues, even at peak production. Mineral revenues totalled USD 16.5 million last year. This is a drop in the bucket in terms of government revenues.