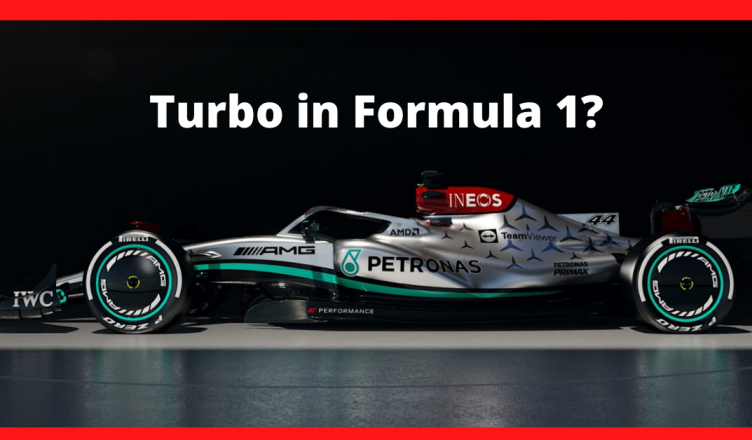 When you look into formula one, you will realize that turbo engines are not a new concept. Boosting power output in an F1 car is always an objective worth chasing. But do F1 cars have turbo lag?

Formula one racing has a great history of using turbo engines. However, turbo lag is one of the major problems F1 encountered.

To understand if F1 cars have turbo lag, it is important to know what; what exactly is turbo lag?

What is Turbo Lag?

In simple terms, turbo lag refers to the amount of time required for the turbocharger to increase intake pressure to the target level.

Basically, it describes the concept of forcing of higher-density air into an F1 engine to increase power output.

A turbocharger accomplishes this task through a turbine that is powered by engine exhaust gases.

This turbine drives a compressor that pumps this pressurized air into the inlet manifold.

As a result, the engine’s cylinders receive a much higher mass of air in the same amount of space during each intake stroke.

This complex process produced much higher power on ignition.

Do F1 Cars Have Turbo Lag

The modern F1 cars do not have a turbo lag because of the energy recovery system (ERS).

It reserves heat energy, but is also able to accelerate the turbo to a higher optimal range.

As a result of the energy recovery system, a modern F1 cars does not a turbo lag.

When combined with a strong turbo, it can boost efficiency to its greatest extent.

The two components that make this possible are the MGU-H and the MGU-K. Having these two is the reason why F1 cars do not have turbo lag today.

In conclusion, current formula one cars do not have turbo lag. This is simply because they actually use a more energy recovery system.

This cutting-edge technology helps F1 cars to harvest energy during racing. ERS as is popularly known has made turbo lag redundant in formula one.

Ability to recover some of the waste energy is unique to formula one cars.

It is an application of the law of conservation of energy.

As you have seen, F1 cars do not have turbo lag because heat and kinetic energy can be recovered during a race.

The recovered energy is then used to increase or improve the power output of the F1 engines.

I hope you have found value in this article, and you now understand why F1 cars do not have turbo lag today.