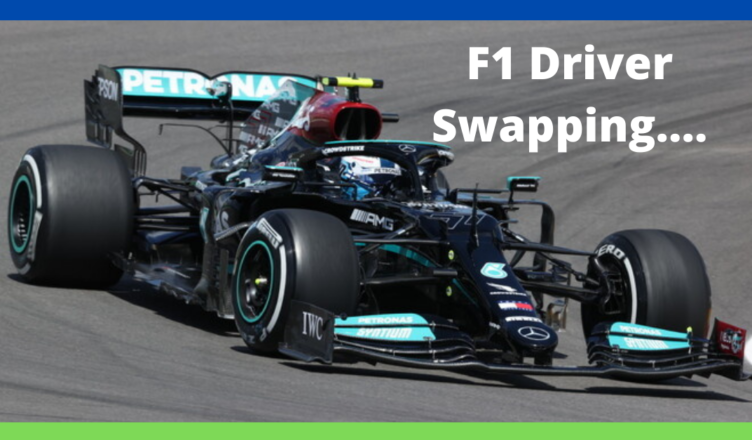 In the recent weeks, I have been thinking a lot about how formula one works. To be specific, my interest has been on the role of the two drivers and two cars each team has. As the discussions rage about whether Lewis Hamilton will take a new engine this season, I could not help but wonder, can formula 1 drivers swap cars within the team?

Before you dismiss my thought process, hear me out. It might sound crazy, but maybe you might help me understand it better.

This season is very interesting. You are enjoying a very competitive field, especially between the top two team and their drivers.

Lewis Hamilton is fighting for an eighth championship with Red Bull’s max Verstappen. As I write this Max Verstappen is ahead of Hamilton with only six points.

With seven races remaining, this will change or swing before the final race in Abu Dhabi later in the year.

Why a Formula 1 Team Does Not Swap Cars between Drivers

There are several reasons why you do not see formula one drivers swapping cars within a team.

Here are the top reason why F1 teams do not swap cars between teammates include;

Let us discuss these reasons in detail below.

In each team, every driver requires a different car set up that best suits him.

The idea is to ensure the driver is comfortable with the car and can get the maximum performance out of it.

A driver has control over various aspects of setting up the car. This includes toe of the car, the camber of the tyres and sturdiness of the anti-roll bars among other things.

If you watch the evolution of a race weekend, you will have witnessed the set up in action.

The calibration takes place over the practice sessions and installation laps.

It is important to note that formula one has rules and regulations. They cover every aspect of the sport including the parts to be used per car.

This allocation means that every driver and car has various parts at the start of the season. If a driver needs additional parts or components, it comes with penalties.

Why do F1 drivers swap chassis?

One of the popular swaps in formula one is the chassis swap. This is mostly between the Mercedes F1 drivers.

Over the seasons, the team has explained why their F1 drivers swap chassis .

The swap always leads to speculation about the reasoning for the change.

Mercedes explains that it is purely to do with managing the workload of the chassis it has in use for a season.

In conclusion, I have not found any particular situation or a time when formula 1 drivers have swapped their cars within the team.

The closest this has happened in recent time is when Hamilton and Bottas swapped their chassis. You cannot call that a car swap, can you?

However, I think I would be interested in seeing how various drivers would perform if put in a different car.

There has been an argument that sometimes best drivers perform well because of the car. I personally do not think that is the case.

For example, you have people who argue that Hamilton is good because he drives a Mercedes.

In fact, Max Verstappen’s father has claimed that Max would beat Hamilton in the same car.

Actually, Max Verstappen has also suggested that he would be willing to race Lewis Hamilton on the same kind of a formula one car.

While this would be a dream to millions of F1 fans, so see Max and Lewis on the same team, I do not think it is going to happen.