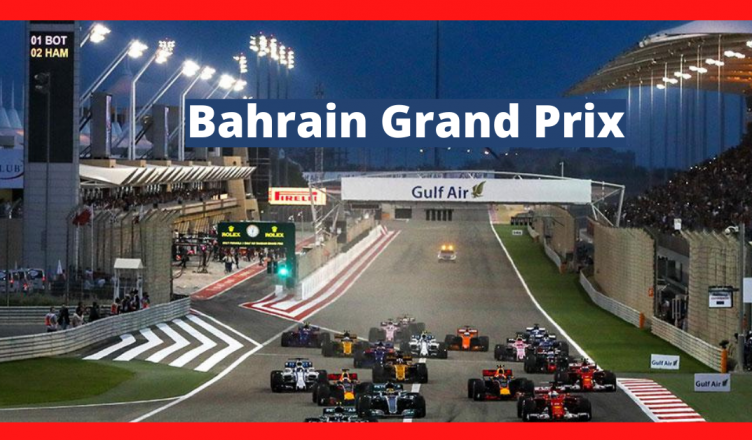 Bahrain Grand Prix will play the opening role of the F1’s 2022 racing calendar. It is highly anticipated, following the controversial end of the 2021 season.

Some think it was a thrilling end, others not so. It is understandable.

You are going to watch Lewis Hamilton lining up with others like George Russell, Charles Leclerc, Carlos Sainz, Max Verstappen and Lando Norris for the first race of the season.

If you are new to formula one, you might be wondering why Bahrain Grand Prix in 2022 is consequential.

To many, this is the start of what might be another rivalry between Lewis Hamilton and Max Verstappen.

While millions of fans across the world feel Hamilton was robbed his eighth drivers’ championship. They would like to probably see him win in the 2022 season.

March is a long way to the final race in Abu Dhabi in November.

However, it is the start of championship campaign for both the drivers, and the teams.

Mercedes won the 8th Constructors’ Championship. That is unprecedented.

Are they going to win the 9th title in a row? Will Red Bull or Ferrari deny them that opportunity?

These are some of the question formula one fans are pondering about as the season starts during the Bahrain Grand Prix in 2022.

Bahrain Grand Prix in 2022 will be held at the Bahrain International Circuit.

It is the same circuit where racing took place back in the 2021 season.

Gulf Air is the lead sponsor of the formula one racing in Bahrain Grand Prix.

As mentioned, the 2022 formula one season will start with the Bahrain Grand Prix.

The race weekend is scheduled for Friday, March 18 to Sunday, March 20.

The format is simple.

You should be aware that there will be three practice sessions on Friday and Saturday, before qualifying is held on Saturday afternoon.

Friday will have practice 1 and practice 2. Practice 3 will be held on Saturday morning.

The race on Sunday will begin at 3pm

If you are interested in attending the race, you can buy your ticket from the official F1 channels, or through other authorised ticket sellers.

What You Should Expect from the Circuit in Bahrain

To start with, it is important to remember that the race in Bahrain will be held at night.

If you are not aware, Bahrain Grand Prix is set in the Sakhir desert. The desert is known for being particularly hot.

For the F1 drivers, the high temperatures are good for the grip on the track. However, this could also bring issues with overheating.

With new 18-inch tyres, it will be interesting to see or watch how formula one cars perform during the grand prix in Bahrain.

As for potential winner of the race in Bahrain, you might not be able to predict before the race.

In the past, Lewis Hamilton has won every single race during the Bahrain Grand Prix.

However, during testing, Mercedes team seemed to be in trouble and were not as quick.

Ferrari and Red Bull were the quickest cars during pre-season testing in Bahrain.

It is something that led to Mercedes drivers, Lewis Hamilton and George Russell saying that they did not have the pace to match Red Bull and Ferrari.

After the race is finished, you shall be in a position to know the true or full picture of Mercedes performance.

Some people had argued that Mercedes were sandbagging.

Related: What is Sandbagging in Formula 1?

In conclusion, Bahrain Grand Prix in 2022 is welcome relieve after the winter break.

Already, teams have had an opportunity to test their cars.

The first round of test took place at Barcelona, with Bahrain playing host to the second round of F1 pre-season testing.

It was great to watch the cars on the track for the first time.

Mercedes brought an upgraded car to Bahrain, introducing the concept of no-sidepod with their sleek-looking W13.

Later in the testing weekend, Red Bull also introduced upgraded to their car.

The formula one season in 2022 promises to be interesting and hope you will enjoy the rest of the races.