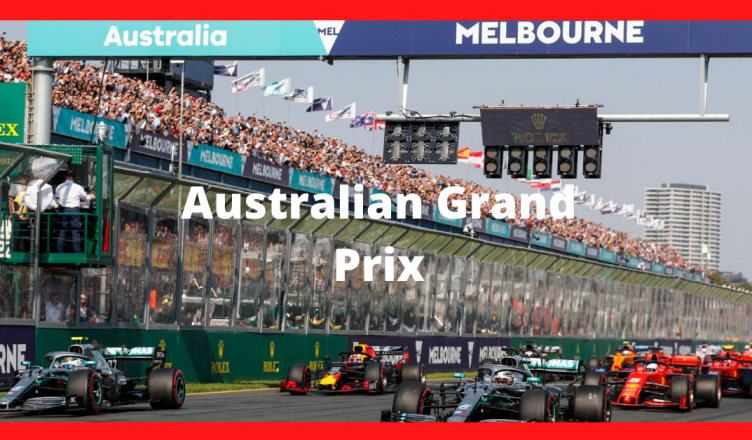 It has been a while since formula one racing took place in Australia. This followed the cancellations in 2020 and 2021 due to escalating global situation at the time. It is the reason some have been asking; will there be an Australian Grand Prix in 2022?

That is what you and I are going to discuss here today.

And a few other interesting things.

Australian Grand Prix has been on F1’s calendar since 1928. That was the year racing took place for the first time in Australian soil.

There is already high energy and excitement about the Australian Grand Prix in 2022.

“We’re blown away by the incredible enthusiasm ahead of the Formula 1 Heineken Australian Grand Prix 2022 – this year’s event is on track to be the best Melbourne has ever seen and we cannot wait to welcome crowds back to Albert Park.”

In recent years, Australian Grand Prix typically has been the opening race in the F1 season.

However, in 2022, the opening race will be held at the Bahrain International Circuit.

I am particularly excited about this race weekend.

This is because Australia is the home race for Daniel Ricciardo. He is quite a character and an exciting driver, now racing for Mclaren, alongside Lando Norris.

However, following Daniel Ricciardo coming under weather before the Bahrain Grand Prix, I was a bit worried he might not race at his home race.

So, let us get into details now.

Will there Be an Australian Grand Prix in 2022?

Yes, there will be an Australian Grand Prix in 2022, which will be held on Sunday, 10th April at the Melbourne Grand Prix Circuit.

With Australians missing the F1 actions for two years, there is a great deal of excitement about this race.

Reports indicate that attendance will be very high. Estimated numbers shows that demand for tickets is very high and the event could be sold out before the race weekend.

The expected high number of fans has led to Australian Grand Prix organisers to create an additional five grandstands for fans.

Something that Arthur Gillions spoke about;

Arthur is the head of Marketing and Experiences at Australian Grand Prix Corporation.

As you can see, you will enjoy being at the Albert Park for the race. That is if you can manage to physically attend the race.

I will not be attending, but have personal friends who have already bought tickets to watch the race in Australia.

Date and Time for the Australian Grand Prix

If you have been wondering if there is an Australian Grand Prix in 2022, then do not wonder anymore.

You shall have an opportunity to attend the race, or watch it from the comfort of your house.

The date of the Australian Grand Prix in 2022 will be on Sunday, 10th April.

However, before the race day, there shall be three practice sessions and a qualifying.

On Friday, 8th April, you will experience practice 1 at 1pm local time, and practice 2 in the afternoon at 4pm local time. Both will be one-hour long.

One key change this year is on time zone.

Sponsorship plays a significant role in motor racing, and generates a lot of income for Formula 1.

There are other sponsors and partners, but Heineken holds the Title Sponsorship for the F1 race in Australia.

How does formula one make money? This is a common question, and if you are wondering the same, go ahead and click on the link below. You will go to a resource I created about this topi;

If you are not aware, formula one makes money in different ways. F1 teams also leverage on sponsorship to generate additional income.

What to Expect During Australian Grand Prix

Over the years, formula races in Australia have given fans a glimpse of what to expect over the season.

This is because it has always been the first race of the season.

As the 3rd race of the 2022 F1 season, you now have some ideas of how teams are performing.

You should expect to see this trend continue during the Australian Grand Prix on the weekend of 8-10 April, 2022.

Another thing to expect is great viewing if you are in attendance.

There are more grandstands now, to provide you with a better experience at the Albert Park.

If you are not aware already, the track and the venue of this race have been re-designed, making it an exciting race weekend.

As part of changes to improve formula one experience in Australia, Albert Park has new grandstands.

One of the reasons for the additional stands is to accommodate more fans.

Ticket sales are reported to be very high for the Australian Grand Prix.

So, what are the new grandstands at Albert Park?

One of the largest grandstands is located on the high speed run between Turns 8 and 9.

The circuit has been modified, and the chicane on Turn 9 and 10 has been removed.

Further new grandstands have been added at the exit of Turn 5, adjacent to Turn 8 and at Turns 11 and 12.

Turn 11 is expected to be a prime spot for overtaking on the new Albert Park layout.

In addition, the existing grandstand at Turn 10 has been extended to cater for more fans.

The new stands will not impede views available from Park Pass admission areas.

Another thing to expect in 2022 is the celebrations of Albert Park’s 25th anniversary.

This will be part of the formula 1 race this weekend.

In 1999, the race in Australia attracted 325,000 fans. This turned out to the third-highest attendance of the season.

In 2022, this might be surpassed given the high number of tickets already sold.

In conclusion, Australian Grand Prix is back on the F1 calendar.

You can now plan on how to attend the race at the Albert Park in Melbourne.

As you have read above, there are great stuff to expect from this particular race.

Besides the track action, where you should expect drivers to square it off, you can also get a great experience attending the race.

This season promises exciting activities on the track, given that the cars are different and expected to follow each other more closely on the track.

The jury is still out on this one, since we have only raced in Bahrain and Saudi Arabia so far this season.

However, as the season progresses, it will become clearer as to whether close racing is possible.

Australian F1 race provides you with another unique opportunity to experience F1 racing at its finest.