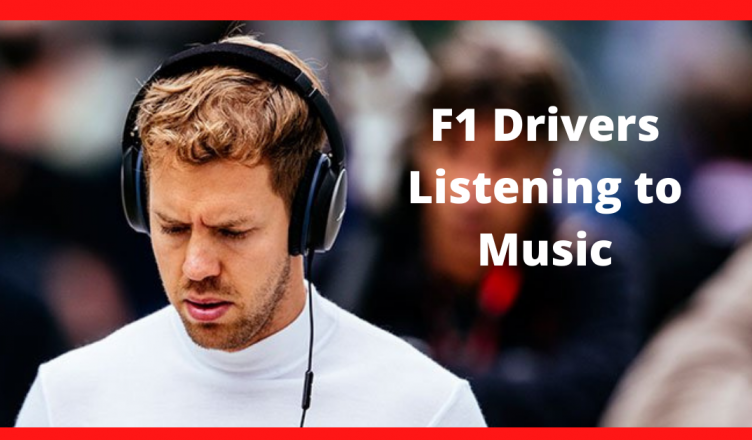 Music is an important part of our day to day lives. It has the ability to change your emotions and feelings in a matter of seconds. In formula one, you might have seen drivers wearing earphones. This begs the question; are F1 drivers allowed to listen to music?

Racing can be stressful and tiring.

In fact, many formula 1 drivers have spoken about this in previous occasions. It takes a lot of energy to drive for an entire race.

That is why formula one drivers lose almost 3kg in weight after a race.

In this case, it would not be far-fetched to imagine a driver listening to their favourite songs while driving on track.

Music brings happiness and peace to people’s lives. It has the ability to bring people together in a number of ways.

But are formula one drivers allowed to listen to music during racing?

In this article, you are going to learn whether F1 drivers can listen to music when racing. You will also learn what kind of music some F1 drivers enjoy before or after a race.

Are F1 Drivers Allowed to Listen to Music?

When it comes to music, F1 drivers are not allowed to listen to music during the race.

As you can imagine, there is a lot going on during a race. Listening to music would be a distraction the formula 1 drivers.

F1 drivers are not allowed to listen to music for three reasons;

It is important to ensure that formula one drivers do not get decision fatigue.

Listening to music could have the negative impact of increasing noise in the cockpit.

This would not be ideal given how intense formula 1 racing is or can be on track.

In fact, some of the races are usually pretty boring. You might have heard the drivers on team radio trying to engage their race engineers or to joke with them.

Maybe during such instances, listening to music would be an interesting idea. What do you think?

However, F1 drivers are not allowed to listen to music when racing. There is no rule that stops it, but it makes sense not to have music when driving at the high speeds.

In conclusion, listening to music is not allowed when F1 drivers are on track.

As you can imagine, anything that would distract the driver is not welcome.

Safety of the driver, and of others on the track is of paramount importance to everyone. That is why formula 1 drivers cannot be allowed to listen to music when racing.

It would interfere with the various instructions they receive on the team radio.

These includes calls to change tyres, the times they are doing on track and other instruction from the race directors like red flags or safety cars.

As you can see, while music would help drivers stay calm, and enjoy their favorite songs, it is irresponsible to listen to music when racing.