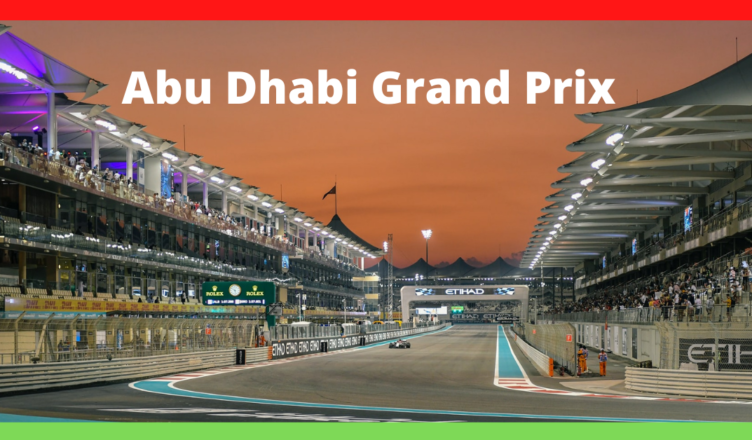 Since the 2014 formula one season, Abu Dhabi Grand Prix has played host to the final F1 race of the season. A lot of fans and lovers of the sport wait for this final race with great anticipation. Yas Marina Circuit then becomes the track to close down the curtains of an F1 season.

The grand prix in Abu Dhabi has therefore been a regular feature in the F1 racing calendar. That has been the case this season, and it will still be the last race in the 2022 F1 season.

However, over the years, the race has become a bit boring. In fact, many consider it a procession due to lack of overtaking opportunities.

Critics have always made it clear to the organizers and FIA that it is rather a dull race.

To make things more interesting, the track has undergone changes in 2021, to improve the performance and increase opportunities for track activities.

It is a welcome move and as the 2021 season draws to a close, it shall be interesting to see how the new changes will impact racing or driving.

The championship rivalry in 2021 between Lewis Hamilton and Max Verstappen has been intense. You might see the final showdown of the two protagonists at the Abu Dhabi Grand Prix.

How long is the F1 track in Abu Dhabi?

The F1 circuit in Abu Dhabi, popularly known as the Yas Marina circuit is 5,554km long track in the man-made island.

At the moment, Lewis Hamilton hold the record for the fastest lap on this circuit.

If you are new to the sport, you might actually think that the battle for the drivers’ championship this year is the first one.

Abu Dhabi has witnessed great showdowns when it comes to both drivers’ and constructors’ championship.

The most memorable races at the Yas Marina Circuit include the 2014 and 2016 races.

In 2019, Lewis Hamilton won the race having wrapped up the drivers’ championship with ease a few races prior to the Abu Dhabi GP.

However, in 2020, Max Vestappen won the Abu Dhabi Grand Prix ina comfortable manner having led from the start to finish.

I am sure that you are looking forward to who will win the grand prix at Yas Marina in 2021. You and I cannot wait for the continued battle between Red Bull and the Mercedes F1 teams.

You can almost feel the tension building in the air.

I am writing this on the backdrop of a great pole lap by Lewis Hamilton at the Qatar Grand Prix. Just one more race to go before the F1 circus gets to Abu Dhabi.

A lot can happen or change in two weeks.

The 21-corner circuit is situated on Yas Island off the Abu Dhabi coast. The Hermann Tilke circuit passes by the marina and through the Yas Hotel.

During the inaugural race weekend, the reaction was fairly positive, with Nico Rosberg saying that every corner was ‘unique’. Even Fernando Alonso confessed that it was enjoyable because there was always something to do.

However, just as there were praises, there were also plenty of critics. The main gripe was the pit exit, which dips under the main circuit via a tunnel.

Although the pit exit remained free of incidents for the early practice sessions, some claimed that it was both very difficult and dangerous.

What is special about Yas Marina Circuit?

If you are like me, you look forward to the final race of the F1 season at Yas Marina in Abu Dhabi.

The Yas Marina Circuit is one of the most technologically-driven formula one circuit in the world.

While it has been criticized for not having great racing, it has now been improved to provide room for overtaking and wheel-to-wheel battles between drivers.

To fully understand how special the circuit is, you need to know who designed it.

Yas Marina track is the brainchild of the Hermann Tilke’s architectural firm. He is a German engineer, a former racing driver and now he designs F1 circuits.

You will be interested to the Jeddah circuit in Saudi Arabia is also part of his great work.

How much does it cost to watch F1 in Abu Dhabi?

Attending a formula one event is always an interesting and fun thing to do. You should make an effort of attending the finale race at the Yas Marina in Abu Dhabi.

When it comes to the cost of watching F1 in Abu Dhabi, you need to plan and budget in advance for the trip to the circuit.

If you are on a budget, the cheapest tickets you can get ware priced at about $270 for the weekend. This is for the general admission on the Abu Dhabi hill area.

Grandstand tickets are also expensive, but are worth splashing out on if you want a better viewing experience at Yas Marina.

If you do not live in Abu Dhabi, you need to also plan for your accommodation and transport costs over the race weekend.

I am sure that there are others things you can do in Abu Dhabi, and you should have the money to cover those costs as well.

Is the Yas Marina Circuit a street circuit?

There is a great deal of talk of street circuits and the whether they are exciting or not. In this regard, you might be wondering, is Yas Marina Circuit a street circuit?

The truth is that Yas Marina is not so much of a street circuit. It looks like it is but it is not because it is on an island and far away from the central city.

Is Yas Marina a Man-Made Island?

Yas Island is a man-made island, but not created by sand shooting sea vessels. It was once part of mainland Abu Dhabi and, as part of the idea behind the Formula 1 proposal, a strip of land was dredged what now forms the canal.

In conclusion, attending the Abu Dhabi Grand Prix would probably be the best way to end a formula one season.

There is a lot you can in Abu Dhabi, besides watching the end of a long and eventful racing season.

Related: What Should I Do for 3 Hours in Abu Dhabi?

When the title contention is undecided, the race event here can be very tense. Drivers and teams know that a small mistake can lead to huge loses, giving advantage to their title rivals.

There was always a risk in 2021 that the title for both drivers and constructors would be decided at the final race in Abu Dhabi.